During a 48 hours visit to the Gorgol region of Mauritania, Senegalese musician Baaba Maal discovered the harsh reality for communities affected by a food crisis that now touches one in four people across the country. Today 700,000 people are food insecure in Mauritania.

"What is happening in this part of Africa is so close to my heart. People are suffering, especially children. I cannot watch and do nothing," said Baaba Maal after visiting Mauritanian communities at the centre of the current food crisis in the Sahel. Low rainfall, poor harvests, a lack of pasture and rising food prices are among the key factors driving this crisis. 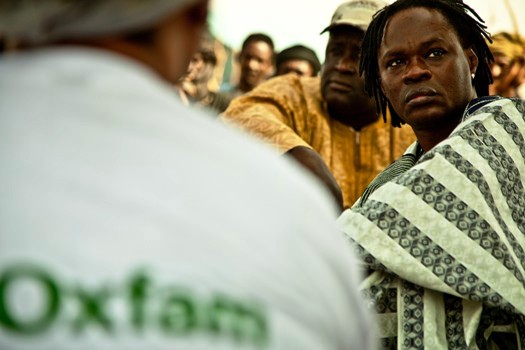 Baaba Maal, who met populations in the south of the country, not far from his home village in Senegal, said: "Some families have almost nothing to eat, and I worry about how they will feed themselves until the next harvest." Credit: Pablo Tosco

The Senegalese singer, internationally renowned and recognised for his commitment to development in Africa, launched an appeal to the international community for urgent action: "We cannot watch and do nothing while our brothers and sisters in Mauritania are victims of such a crisis. I have been able to see the solutions that are being put in place. We have to support and strengthen them."

"I met Hamila, a mother of five children, who had just bought a bag of rice thanks to money provided by Oxfam. This money will allow her to feed her family over the coming weeks. Hamila is among the most vulnerable people in her community but there are many other people who need our help," explained Baaba Maal.

Last December, Oxfam and its partners launched a humanitarian response in the south of Mauritania in order to provide assistance to 30,000 people, and are planning to scale up operations to avoid a major crisis. In coordination with the emergency plan developed by the Government, the agency has put in place cash transfers to allow populations to protect their livelihoods. Other actions to improve access to clean drinking water are also underway in order to prevent water-borne diseases that lead to malnutrition, especially in children.

"When I was young, this region was totally green but every year I see it becoming more and more dry. Yet water is there, in the river and in the ground. We have to work together and join forces to solve the problem, so that we never see this situation repeated again," added Baaba Maal. 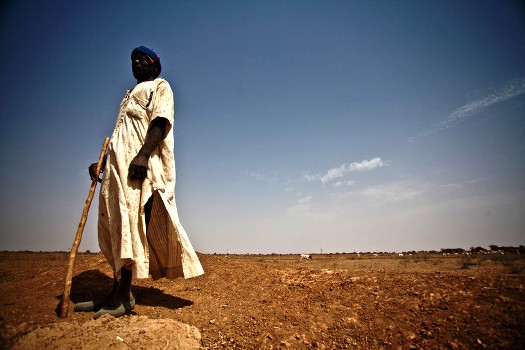 Ahmed Di Ba is unable to find any pasture for his cows. Moving his cattle around to find fertile land to graze has started earlier than ever before. Credit: Pablo Tosco

Oxfam is calling for urgent interventions to avoid the worst over the coming months, as well as long-term investments to strengthen the resilience of populations, allow communities to cope with bad years, and prevent crises of the future. As well as Mauritania, Oxfam is actively supporting communities affected by this crisis in Burkina Faso, Chad, Mali, Niger and Senegal. Some 12 million people in the Sahel risk being victims of a serious food crisis if rapid action is not taken. 700,000 of these people live in Mauritania.