This handsome guy is Sir Sean Connery. He's eight years old and was found in a kill shelter in Alabama, where he'd been surrendered for getting older.

It's never easy to think about what's happened to the animals who've wound up at shelters. The stories are especially heartbreaking, and seem especially unfair, when they aren't spring chickens.

But if this is the season when thoughts normally turn to renewal -- flowers and kittens and, yes, spring chickens -- why not also think of this as the time to give some golden aged animals a brand new chance?

"Seniors are even more grateful for the love and comfort an adopter provides and are calm and take things in stride," says Sara Cross, founder of Badass Brooklyn Animal Rescue, the group now looking to find Sir Sean Connery his next family. "Adopting a senior dog and giving that dog a great few years of life is one of the most emotionally uplifting and satisfying things a person can do."

And not just dogs. Our slideshow of 75 adoptable animals of a certain age includes lots of cats, too. These creatures -- get out the tissues, friends -- include a 12-year-old cat named Ellie who lost her whole family, including a canine sibling, in a plane crash in 2012.

There's also 20-year-old Rodney, another cat, who was dropped off at a high-kill shelter in Maryland when his family moved to Florida. Poor Wendy had it even worse; this 10-year-old dog's family left her to die, alone in the house the rest of them had moved out of.

Whatever got Sean Connery, Ellie, Rodney, Wendy and all the rest of them here, these animals are ready to give you all their wags and kisses, for the rest of what we hope turns out to be very long, finally sweet lives.

The pets in this slideshow come from the following shelters and rescue groups: From D.C. and its surrounding areas, the Washington Humane Society and the Washington Animal Rescue League, the Animal Welfare League of Arlington, King Street Cats, Oldies But Goodies Cocker Rescue, the Homeless Animals Rescue Team, the Lost Dog and Cat Rescue Foundation, the Prince George's County Animal Management Division and the SPCA of Anne Arundel County.

Pets For Seniors is in Edwards, Il.; Eye On The Sparrow, Young At Heart Senior Pet Adoptions and PAWS Chicago are in and around Chicago.

Badass Brooklyn Animal Rescue is in New York City; Sanctuary for Senior Dogs is based in Ohio; PAWS is in Lynnwood, Wa.; the St. Louis Senior Dog Project is indeed in St. Louis; and Maddie's Fund and Muttville are both in Northern California.

We are always looking for stories about animals. Get in touch at arin.greenwood@huffingtonpost.com

This Old Dog Needs A New Home -- And So Do 74 Of His Friends!
These Senior Animals Need Homes! 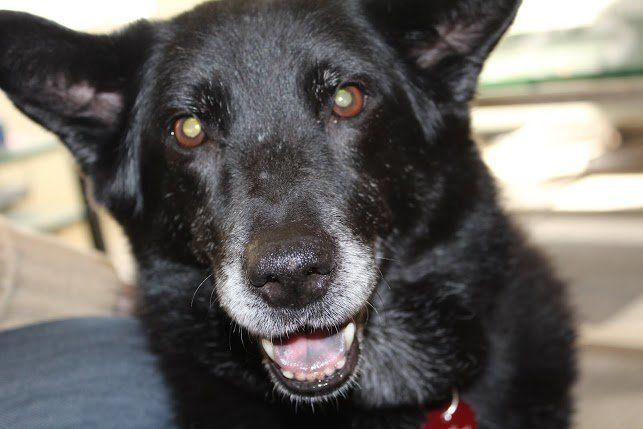 1 / 75
Shug, Washington Humane Society
Shug is a sweet 12-year-old lady who wants nothing more than to enjoy the rest of her years with her forever family. She loves to go on car rides and enjoys strolls through the neighborhood. Bonus: she gets along with cats! Shug is very well behaved and loves to cuddle. Check out <a href="https://www.youtube.com/watch?v=H_JnzDGoHtU&feature=youtu.be" target="_blank">this video of her enjoying some belly rubs</a>. Shrug is available for adoption through the Washington Humane Society. E-mail Shug’s foster mom at rlivingston33@gmail.com to meet her.
Washington Humane Society