A video capturing the heartwarming rescue of an abandoned senior dog is reminding us this week of the power of second chances.

Before his rescue, Mufasa the dog had been living at a water treatment plant in Los Angeles -- sick, alone and surrounded by hazards including tanks of what appeared to be dangerous chemicals.

Fortunately, Eldad Hagar, the founder of animal rescue organization Hope for Paws, learned of Mufasa’s plight from an employee at the facility and quickly rushed to the dog’s aid.

The rescue itself proved to be no picnic, however. When Hagar and his companions got there, the weary pooch, visibly scared and shaken, was reluctant to get close.

"He just sat there, not trusting us," Hagar told The Huffington Post. "[A woman at the water treatment plant] told me that if he falls into one of the pools, the filters would just suck him in and there's nothing they can do. It was kind of tricky."

But despite the challenges, Mufasa’s rescuers persevered, and after plenty of coaxing and offering of treats, they managed to place a leash on the dog to lead him to safety.

“Though Mufasa was frightened to be rescued, he quickly embraced the second chance he was being given,” stated a press release about the video, which, in addition to Hope For Paws, credited senior dog rescue Lionel's Legacy with giving Mufasa that chance.

And what a difference that’s made.

After being showered, treated by doctors for an ear infection and intestinal parasites, and smothered with love and kisses, Mufasa has found a new lease on life.

"He became the sweetest thing," Hagar said of the dog's transformation, adding, "You can see how happy he is, he's like a puppy now. He's so happy to be alive and well."

Mufasa, whom a veterinarian estimated is between 8 and 10 years old, is now living with a foster family through Lionel's Legacy and is looking for a forever home.

Just one glimpse at this beautiful face is proof enough of the power of second chances. 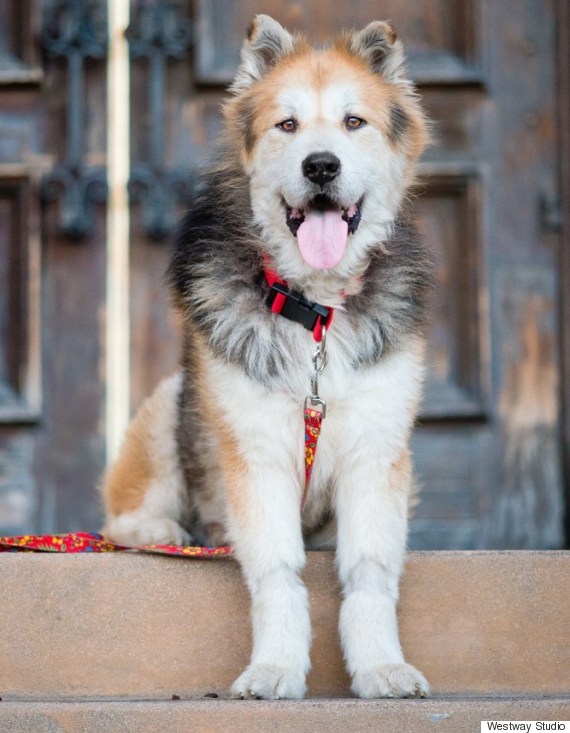 Watch Mufasa’s remarkable transformation in the video above, and visit Hope For Paws’ website and Facebook page to learn more about their work. Check out Lionel's Legacy at Lionelslegacy.org.

This article has been updated with quotes from Eldad Hagar of Hope For Paws and information about Lionel's Legacy, a senior dog rescue organization that is fostering Mufasa.