For years, I have been asking many people this question: What will happen to the tens of millions of people over 50 -- a number growing every day -- who have no money saved, no prospects of ever earning a decent wage again, and a great many of whom have as many as 30, 40 or 50 years left to live?

The answer always comes back: "Yeah, it's a real problem."

That's not an answer. I know it's a real problem. That's why it has been haunting me for a decade. And it is not a problem we have five or 10 years to solve. It is here today. Now. On our doorsteps, getting bigger and more intractable by the day.

The people I talk to about this are all smart and aware, yet their responses range from what I stated above -- "yes, it is a real problem" to "well, a lot of these people will simply fall between the cracks" -- forgotten, ignored by a society otherwise too pre-occupied to solve the problem. 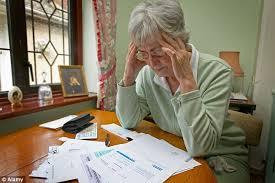 No one seems to know the answer, or is sufficiently concerned to want to pursue an answer.

So I will try to find an answer. This is the first of many pieces I will be writing about this problem, which is massive, growing, and getting precious little attention.

Here are some of the basics that ought to scare us into action.

There are more than 100 million people over 50 in the U.S., a number, as I say, that is increasing daily.

While estimates vary, there seems to be no doubt that somewhere between 25 and 40 percent of these people have NO savings set aside for when they stop working -- either because of retirement (a condition becoming less feasible all the time), or because they can no longer get any kind of job.

That's 25 to 40 million human beings with no money saved. Not one dollar. In addition, 51 percent of the workforce have no private pension coverage.

As a Chicago Tribune article from 2015 noted, "Although 59 percent of people 55 to 64 have some savings, the amounts are often tiny. In that group, about half have accumulated just $104,000 or less; 24 percent have $25,000 in savings or less. While studies show most people have no idea what will be enough in retirement, $104,000 is clearly bare-bones at best."

Not worried yet? The average social security check is $1,341 a month (as of January 2016) -- taxable, by the way, and premiums for Medicare, though low, also come out of that amount. (Among older Social Security beneficiaries, 53 percent of married couples and 74 percent of unmarried persons receive 50 percent or more of their income from Social Security.)

Again, that doesn't include "discretionary spending" -- that's just to get by on food, rent, the electric bill.

So I ask again, what will happen to all these people? And remember, there are tens of millions of them.

They can't all live with their children, many of whom already do the reverse and live with their older parents because the non-tech job market is weak and because millions of young people are underemployed and sagging from the weight of student debt.

These older people can't all move to cheaper parts of the country 1) because they can't afford to move, 2) they can't get jobs in those cheaper places, and 3) when cheaper places experience an influx of new people, they are no longer cheaper places -- ask anyone in parts of North Dakota, or parts of Brooklyn, New York, that were all but abandoned 30 years ago and all but unaffordable today. 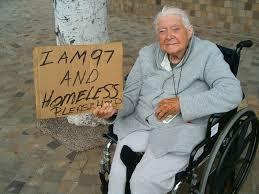 And these people can't get new jobs. There just isn't a job market of any consequence for seniors.

This is not a problem that will go away. These people will not simply "fall between the cracks" or sink into the backdrop of homeless shelters or group homes or their children's basements.

They will be in your front yard. Not ten years from now. Not next year. Today.

I will continue to ask, "What will happen to these people?"

I hope the answers quickly get better than the shrugs and "oh wells" I've gotten up until now.