Charcoal is a natural substance derived from the geological process of burning trees. The light black residue that remains, though created by nature, has a distinct architecture to its rough sides and sharp edges, reminiscent of the shapes made, consciously, by man.

Korean artist Seon Ghi Bahk uses this unorthodox artistic material to explore the complex and interwoven relationship between nature and human civilization. While Western culture has the tendency to view our natural surroundings as either a tool of human civilization or a pleasant backdrop for our daily lives, Bahk paints, or rather sculpts, a more nuanced picture. 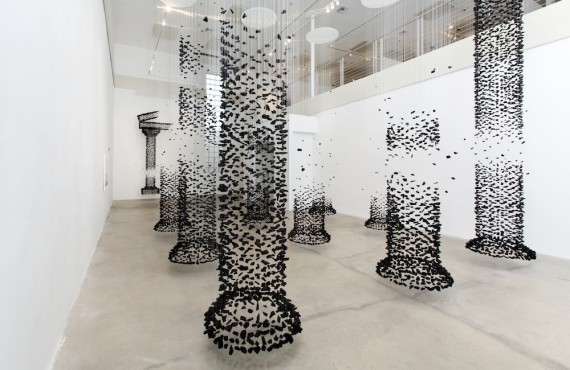 Bahk strings together delicate chunks of charcoal using nylon thread, arranging the intricate configurations into various abstract and figurative shapes. The monochromatic sculptures take the forms of everything from decomposing architectural columns to ethereal floating orbs. Tough yet ephemeral, the charcoal is reminiscent of birds in flight or an architectural explosion occurring in slow motion.

The shattered columns dwell in the space between the organic and the manmade, their imposing stature already fading into oblivion. The works embody the transience of human culture, implying that even the most ancient facets of human civilization are, in the grand scheme of nature, destined to disappear. Furthermore the charcoal that comprises the columns, made from a purely geological process, represents our eternal dependence on nature's processes.

Bahk's exhibition, titled "Fiction of the Fabricated Image," explores the ways humans all too often misinterpret their relationship with the organic world around them. As Zadok Gallery summarized in a statement: "According to Seon Ghi Bahk, the idea that man and nature can exist separately is pure fiction. His work points out that humankind is not only derived from nature, but cannot exist without it."

The exhibition runs until August 25, 2014 at Zadok Gallery in Miami.

Arts Sculpture On Our Radar 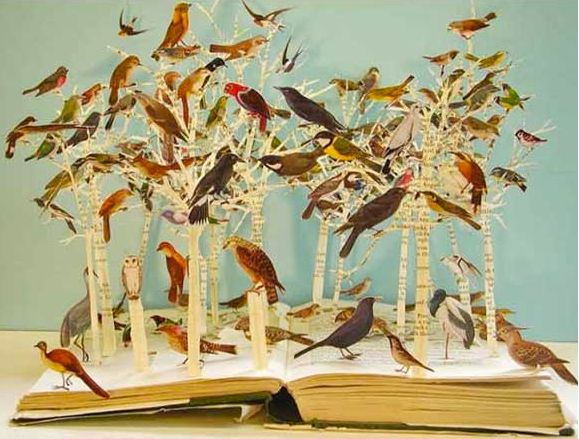