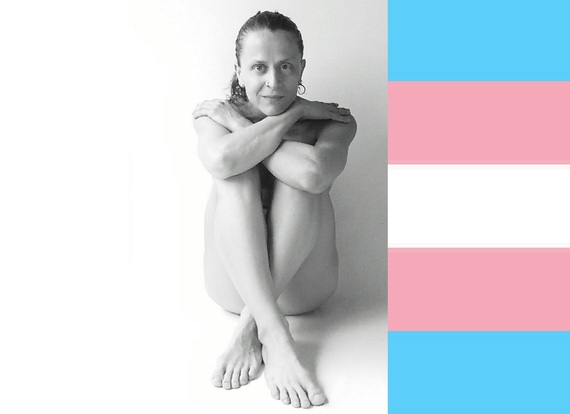 It feels like being transgender went from pariah status to a red carpet must-have characteristic in one year flat.

Everything appears to be bananas -- the media has turned a spotlight on transgender men and women and genderqueer people, the White House has gender-neutral bathroom facilities, and acceptance is in the air.

But are people inhaling? And, if so, is there a process of conversion after tolerance hits the bloodstream and reaches the heart?

I wish I had a nickel for every man I've met who would not date a transgender girl.

Each tale of romance had its own ending, except that the heart of the matter always remained the same: being transgender made me different from other women in the eyes of men.

And in their hearts and minds?

We never got that far.

What I do not comprehend is the prevalence of men in my life otherwise. I am very close with my brother and my father; and a number, if not most, of my friends are male -- as are nearly all of my mentors in the legal profession, which is my vocation. I've fallen in love three times since my sex change surgery a decade ago, and each guy saw beyond gender to affection. On top of it all, from what I see, society changes for the better every day.

But I also know the feeling I had upon asking one of my best friends for decades whether he would consider a relationship with someone who's transgender. When I saw the look in his eyes, I added, "Don't answer that question."

What staggers the heart is that a prejudice of this magnitude is so prevalent, and that, not only is it accepted as inherent, it is overlooked as a prejudice altogether.

Shortly after Caitlyn Jenner appeared on the cover of Vanity Fair, a friend of mine posted on Facebook that "members of the opposite sex who were once members of the same sex" need to disclose their past to "avoid significant unnecessary phone calls to 911 and novellas."

Several commenters on the post agreed -- LOL! -- but I called my friend on what lay underneath: the belief that the past of someone like me changes things; that withholding this aspect of history may be considered "reckless;" and that, in essence, transsexual women are not women so far as sexuality is concerned.

Still, there is hope. It's just hidden near the back of the closet -- perhaps the one in the bedroom.

What is it about making love with another person that can dispel preconception? Is it the vulnerability of being naked that provides a conduit for communion with another? The finding out that a body so different responds so much as one's own? Or just the sensation of touch?

"(i do not know what it is about you," the poet e.e. cummings wrote, "that closes/and opens; only something in me understands/the voice of your eyes is deeper than all roses)/nobody, not even the rain, has such small hands."

People who stick around long enough to ask questions can enjoy the surprise of exploration. If only they had an idea beforehand, so that our dance together could cut to the chase.

Intimacy remains on the horizon. The separate but equal principle that reigns over affairs of the heart in transgender breasts may rise to embracement of the soul, yet not of the flesh.

Society says, "I accept transgender people -- I just wouldn't date one. Would you?"

You can support this blog by purchasing my book There Is Room for You: Tales from a Transgender Defender's Heart.