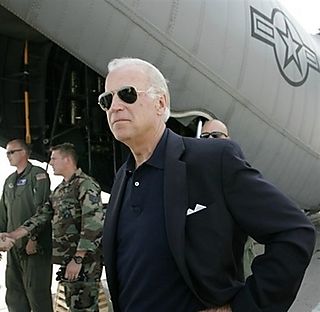 The glasses. The closed mouth resolve. The angle. The military pageantry of it all. Yahoo news/AFP runs this shot of VP prospect Joe Biden today. Did the photographer know what a "leader who knows his military stuff" money shot looks like? Did he think, "I've seen this picture in the history books. I gotta get one too!" 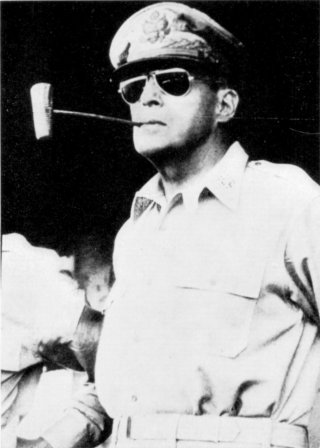 My first reaction was one of familiarity. Then i realized I had General Douglas MacArthur, some one I don't usually think about, on my mind. And in this week of geopolitical saber rattling and jockeying, I felt "yea, we could use a little Doug MacArthur in an Obama administration." One guy wears a fancy hat, the other a big-ass military transport. Its all good.

Did Joe Biden know exactly whose glasses he was pulling from history? Who told him about that facial expression? I duuno. But it seems like a very timely and evocative shot to show up hours before Obama has to pick his running mate. And make the single biggest brand development decision of the campaign.

Joe's overseas now. But he will return.