Divorce may seem daunting, but that's not the worst part of the dissolution of a marriage: being separated is, according to a new Gallup poll.

After surveying 131,159 adults across the U.S. for the Gallup-Healthways Well-Being Index, the researchers found that those who are separated experienced significantly more daily stress than those who were married or divorced. Fifty-one percent of separated Americans reported feeling stressed the day prior to taking the survey, while only 38.6 percent of married Americans and 44.1 percent of divorced Americans claimed to feel the same way.

When you're separated, you may feel stuck in the middle.

Dan Witters, author of the Gallup study, told The Huffington Post that divorcees may have boosted well-being levels because they're not going through the uncertainty and anxiety that come with being separated. Those who are separated, he said, haven't yet experienced the finality of actually being divorced. They're still in limbo, either tied to a person they don't want to be with or trying to reconcile.

"At least when you get divorced, there's closure," Witters said. "You can both move on with your lives, and you can start digging yourself out of that well-being hole that you found yourself in during the during the separation process."

This could be because women usually take a harder financial hit when a marriage dissolves, Witters said, whether it's because of the wage gap or choices made during the marriage about work. A woman may have to leave her home or her neighborhood when she starts living on a single income.

Children of separated parents may feel uncertain about the future too.

Witters also said that, if there are children involved, the kids often suffer as they see their parents splitting up, moving houses or even just struggling to make their marriage work. This, in effect, causes the parents even more stress -- particularly moms.

"The effects of parenting are going to be pronounced inside of a separated environment," Witters said. "The kids are typically going to suffer in that kind of environment -- how can that not affect the emotional health of the parents going through it?"

Moms, he added, "feel the pain and the pressure associated with what they're putting the kids through more" due to the nature of the mother/child relationship.

Just know that you're not the only one.

Those who are separated were also more likely to turn to drugs or prescription medication, according to the survey. About 29 percent of separated Americans said they use drugs or other medications, compared to 17 percent of married Americans -- so clearly, all of this emotional stress is taking a toll on the physical health of those going through a split.

The first step to feeling better, Witters said, is to realize that you're not alone if your happiness takes a hit during a separation.

"Don't fall into that trap of thinking that you're in it alone or what you're experiencing is unique," he said. "I think that there can be a comfort in knowing that this is pretty normal and that this is something that most people go through." 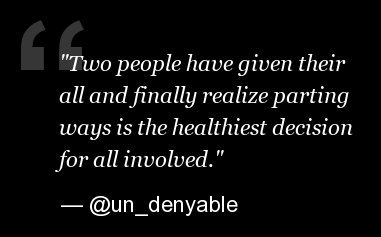