In the many years I've been covering LA's art scene, I don't remember a September so chock-full of must-see exhibitions all over town. So, mark your calendars for this coming Saturday, September 12th, when six galleries will have opening receptions for a wide range of particularly appealing solo exhibitions. 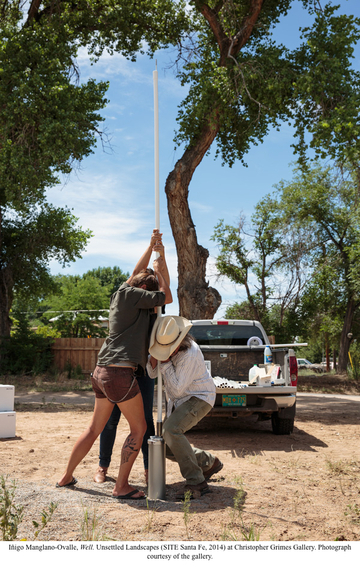 Spanish-born, Chicago-based artist Iñigo Manglano-Ovalle, recipient of the 2001 MacArthur "Genius Grant," is transporting to Christopher Grimes Gallery in Santa Monica 500 gallons of fresh water from the well he created as a vertical land art sculpture in Santa Clara Pueblo, New Mexico. The exhibition will address such issues as climate change and the "political, legal and cultural complexities of water rights and shared consumption." 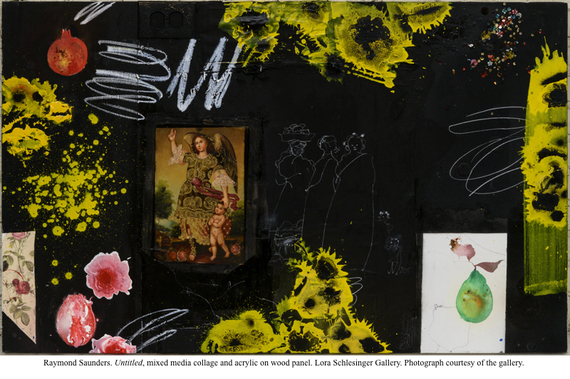 Judging by his exhibition at Lora Schlesinger Gallery, Oakland-based octogenarian Raymond Saunders refuses to slow down in his art journey, and instead continues to speed at about 100 mph. Saunders' black-background mixed media paintings are loaded with issues of politics, race and his life experiences as an African American artist. His energetic and dissonant mixtures of drawing, collage, and gestural bursts of paint evoke the spirit of a freestyle jazz session, with both a sense of rawness and control. 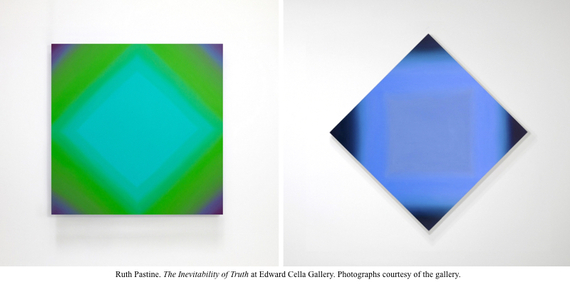 The luminous, bright colored paintings by Ruth Pastine at Edward Cella Gallery show the subtle effect of the meticulous process of building layer upon layer of oil paint on canvas. Pastine does all this with the time consuming, careful application of small brushstrokes, which "transform[s] the materiality of the painted surface into an optically immaterial experience." 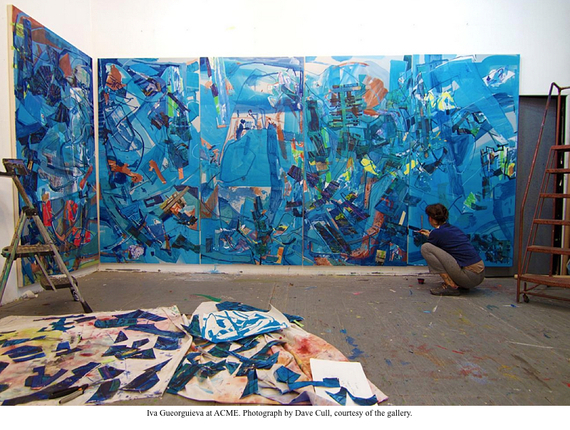 Iva Gueorguieva wraps ACME. Gallery with a dramatic, monumental, abstract painting consisting of 5 large panels. The exhibition also includes her 3 new sculptural installations combining found metal scraps and thin layers of epoxy clay. Once again, here is an artist who eloquently combines a sense of chaos and control in her work. 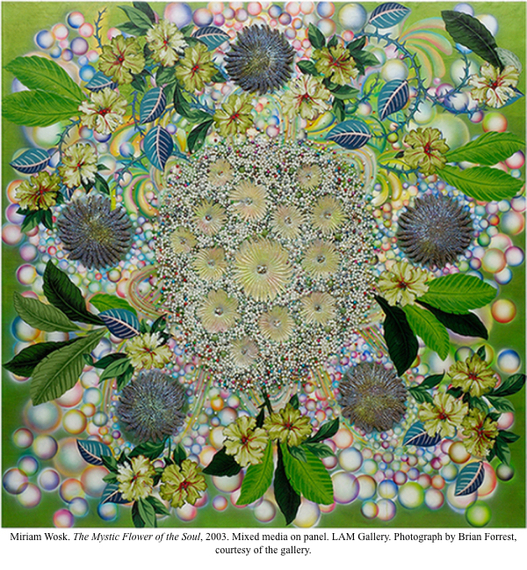 The exhibition of well-known multimedia artist Miriam Wosk at LAM Gallery is a reminder of the strength and courage with which she handled personal and professional challenges. The artist, who passed away in 2010, had a posthumous exhibition at Santa Monica Museum of Art in 2013, which demonstrated the restless energy of her imagination, combining songs of Angels with the growls of Demons. 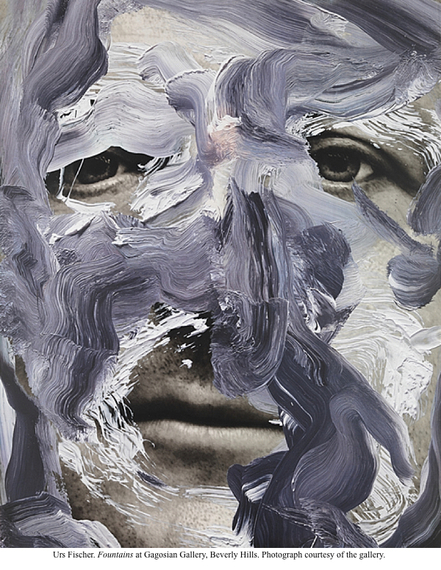 The upcoming exhibition at Gagosian Gallery of Urs Fischer, a Swiss-born, New York-based artist, promises to be as intentionally over-the-top as his exuberantly messy 2013 exhibition at the Geffen Contemporary. Witty and macabre, his work incorporates elements of performance and pop art. And, utilizing such self-destructive material as bread, soft wax and raw clay, Fischer gives to his works a unique dimension of mortality. 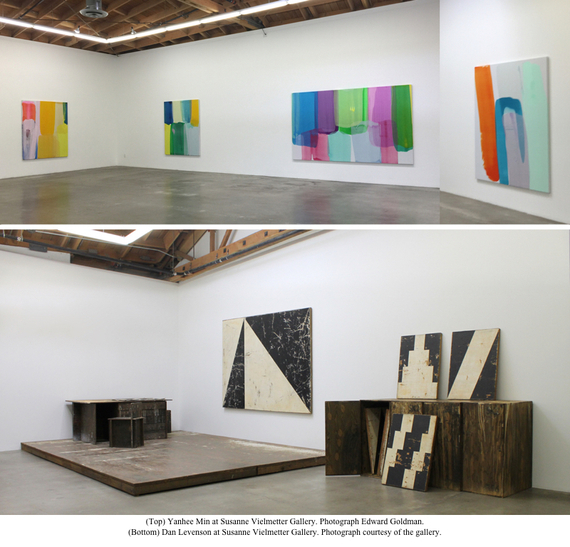 One gallery exhibition that I already had the chance to see is an impressive double bill at Susanne Vielmetter LA Projects of two Angeleno artists. Large, colorful paintings by Yunhee Min demonstrate her elegant sense of transparency and fluidity -- all that achieved not with a brush, but with the help of a rather mundane instrument: a large squeegee.

Cracked and discolored paintings by Dan Levenson look as if they have suffered from time and neglect, but actually, his paintings and sculptural installation are a deeply felt tribute to the highly esteemed but now defunct State Art Academy in Zurich. Visitors are invited not only to look at his works, but also pull them out of storage and rearrange them at their will -- a rare case of an artist comfortable with not having the "final say" in his creative process.