The across-the-board budget cuts known as the sequester that took place in 2013 may have reduced the military's effectiveness at preventing base shootings, Sen. Tim Kaine (D-Va.) said Sunday.

Speaking on "Fox News Sunday," Kaine argued that those cuts may have compromised the military's mental health services, which would otherwise serve as an early warning system to help prevent shootings like the one at Fort Hood last week, the second at the base in the last five years.

"When we're requiring them to do across-the-board cuts, we have to look at the effects on mental health services or the effect of those cuts on base security," Kaine said.

Kaine pointed out that 13 years of war have taken a toll on the military, but added, "I think we stress them further with things like sequester and budgetary moves that deprived them of the certainty that they need."

Washington, D.C. mayor Vincent Gray made a similar argument after last year's shooting at the Washington Navy Yard, where gunman Aaron Alexis killed 12 people. Gray said at the time that he believed the sequester may have "put people at risk" by allowing "someone with a record as checkered as this man ... to be able to get on the base." 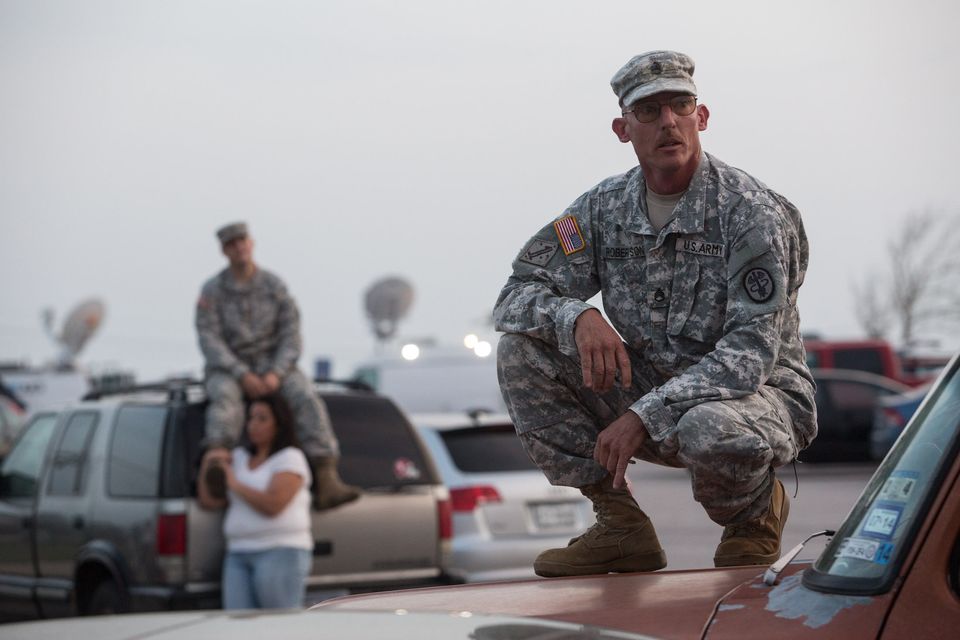 1 / 9
Staff Sgt. John Robertson, right, waits in a parking lot outside of the Fort Hood military base for updates about the shooting that occurred inside on Wednesday, April 2, 2014, in Fort Hood, Texas. (AP Photo/Tamir Kalifa)
AP