Serbian officials are investigating the Crna Reka drug addiction rehab program run by the Serbian Orthodox Church after videos emerged showing what appears to be the violent beating of patients with fists, feet and even a shovel, the BBC reports. The video first appeared on Vreme magazine's website and shows one man, presumably a patient, willfully being beaten by another, with a third man standing idly by -- all in a room with Christian images on the walls. 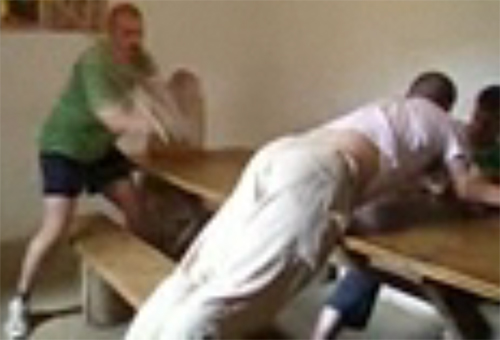 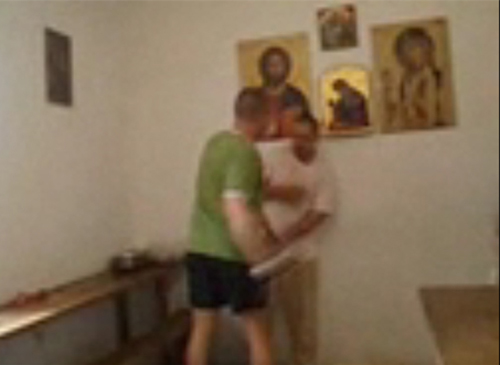 Crna Reka employee, discarding the shovel, pins the patient to the wall and administers rapid-fire hard slaps with his hands, followed by a kick to the patient's face. 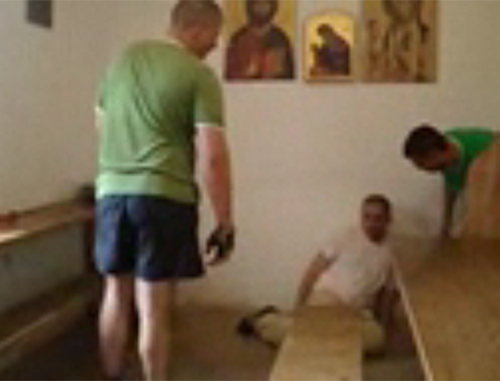 The patient eventually collapses to the floor.

According to the BBC report, Crna Reka priests overseeing the program insist that the beatings are a necessary, integral part of the rehabilitation process and that they are administered with full consent from the patient. From BBC:

A former patient said that sometimes they would be told to form a circle around a "bad one" and watch them being beaten by the priests and other staff.

"They would hit him with clubs, shovels, fists, bars, belts, whatever they got their hands on," he told Vreme.

With the release of the video, the Serbian human rights overseer Sasa Jankovic has said he intends to file torture charges against Crna Reka.

Watch the video here at Vreme.