Serena Williams made a real fashion statement with her French Open outfit on Monday, one year after angering organizers by wearing a black catsuit to help prevent postpartum blood clots.

The tennis star wore a cape emblazoned with the French words for “champion,” “queen,” “mother” and “goddess” while warming up on court at Roland Garros in Paris ahead of her first-round victory over Russia’s Vitalia Diatchenko.

She removed the cape for the actual game.

Williams had previewed her outfit, which was designed by Virgil Abloh and Nike, on Twitter the day before.

Williams famously wore a black catsuit at the 2018 French Open, her return to Grand Slam tennis after almost dying giving birth to her daughter, Alexis Olympia, in 2017.

“I feel like a warrior in it, like a warrior princess kind of, [a] queen from Wakanda,” Williams said at the time, referring to the box office hit “Black Panther.”

“I’m always living in a fantasy world. I always wanted to be a superhero, and it’s kind of my way of being a superhero,” she added. “I feel like a superhero when I wear it.”

I'm always living in a fantasy world. I always wanted to be a superhero, and it's kind of my way of being a superhero.

I feel like a superhero when I wear it."

However, the outfit was singled out by French Tennis Federation President Bernard Giudicelli in August when he announced a new dress code for the sporting event.

“It will no longer be accepted,” he reportedly said. “One must respect the game and place.”

Williams wore an Abloh-designed tutu days later in the first round of the U.S. Open:

Later in the tournament, she followed it up with this lavender tutu:

@serenawilliams is everything great about professional sports. Keep on knocking down the barriers, kicking butt on court and pushing fashion in exhilarating directions. #FrenchOpen https://t.co/m1jQlkHmyM

Ok. It says "Champion, Queen, Mother, Goddess" 😆 Tell them! In French just to be clear. 👌❤ https://t.co/PHHoTSS0VE

Williams chairs the board of advisers for HuffPost’s parent company, Verizon Media. 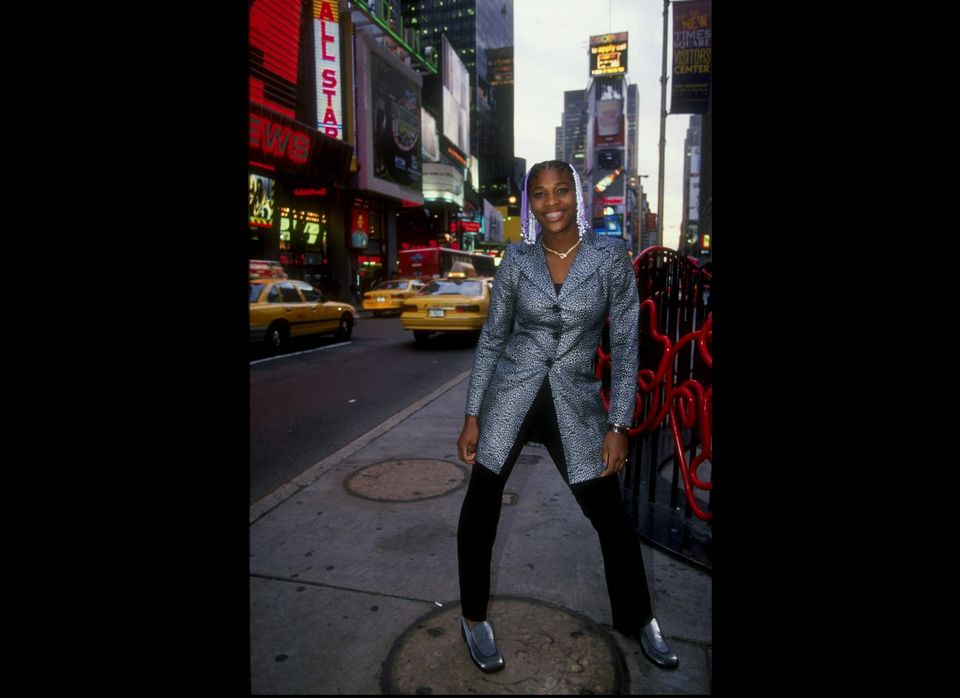