Serena Williams is a certified sneakerhead.

Though Serena Williams lost the match to her sister Venus Williams, her sneakers were a grand slam indeed.

Williams rocked glittery shoes on the tennis court a few times before.

At the French Open in May, she wore a pair of black and silver Nikes covered in sparkles, paired with her controversial compression black catsuit (which she’ll be able to play in next year in Women’s Tennis Association matches, though it will still be banned from the red clay in Paris).

And of course, who can forget the Nike x Virgil Abloh for Serena Williams collaboration that featured an Off-White version of the special PE edition of her NikeCourt Flare 2 and the 10: Nike Air Max 97?

Williams wore the shoes for the U.S. Open in New York City, along with some pretty amazing tutus.

She previously teased fans with a picture of the shoes on her Instagram in December 2017, saying “Be excited. Be very excited....”

Williams wore a pair of custom-made Nike Cortez sneakers bedazzled with rhinestones for her wedding reception in November 2017.

Williams sits on the board of advisers to Oath, HuffPost’s parent company. 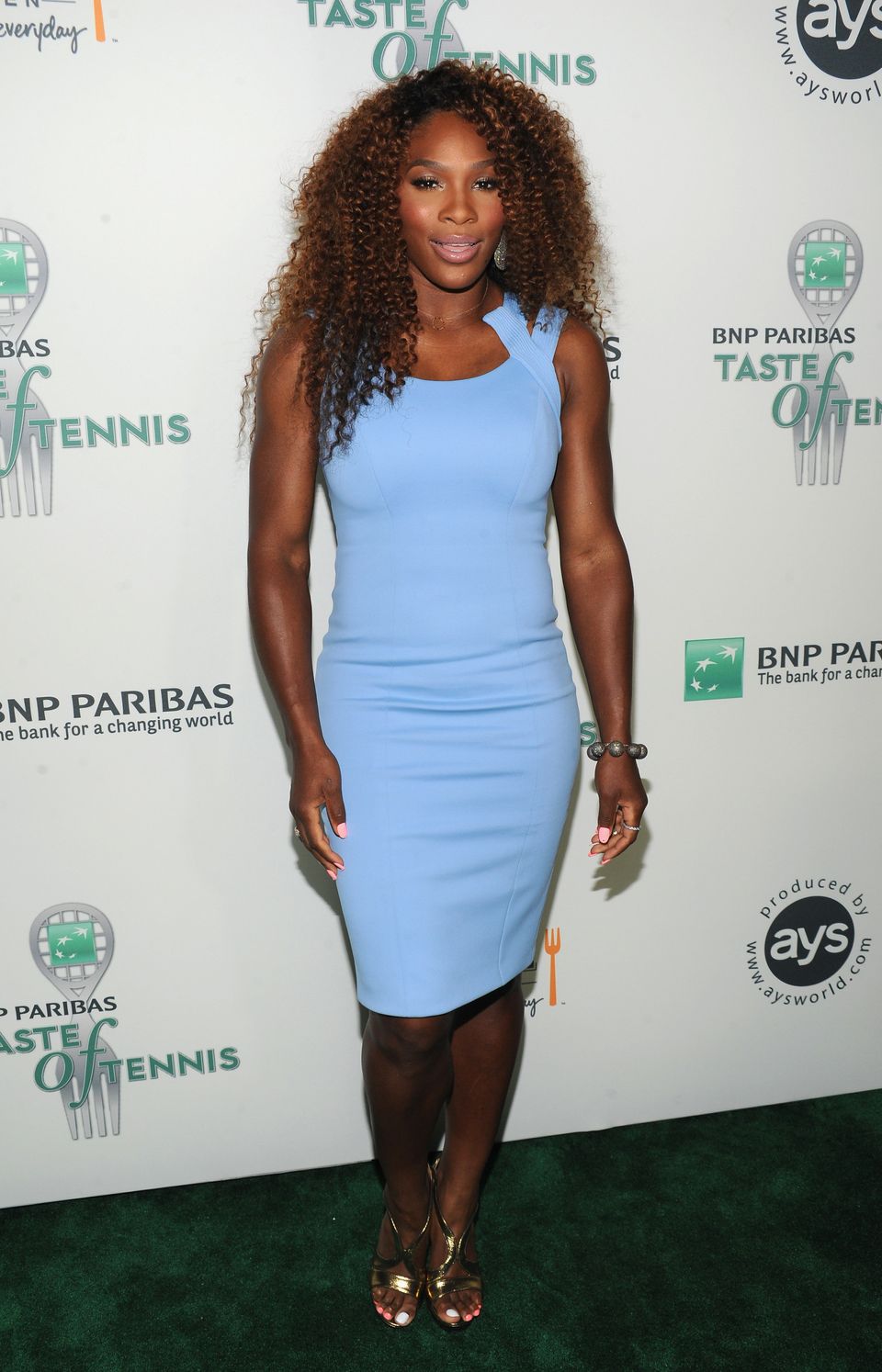