On Sunday, just hours before Williams made her return to the prestigious Indian Wells finals, tournament director Raymond Moore made comments that were unambiguously and alarmingly sexist, suggesting to reporters that players of the WTA should worship at The Altar Of Roger Federer and the other big names of the men’s game who have shined their superstar light so brightly, so powerfully, that even women’s tennis has benefitted from their heroics.

No really, he said that.

"If I was a lady player, I'd go down every night on my knees and thank God that Roger Federer and Rafa Nadal were born because they have carried this sport," Moore said. "They really have."

Williams, who has learned a thing or two over the years about taking unwarranted, misogynistic nonsense from the press and the public, did not mince words in her response to these remarks, needing just a few sentences to cut the director and his analysis down at the knees:

Obviously, I don't think any woman should be down on their knees thanking anybody like that ... [If] I could tell you every day how many people say they don't watch tennis unless they're watching myself or my sister -- I couldn't even bring up that number. So I don't think that is a very accurate statement. I think there are a lot of women out there who … are very exciting to watch. I think there are a lot of men out there who are exciting to watch. I think it definitely goes both ways.

And then came the kicker. Alluding to the 2015 U.S. Open, in which the women’s championship round sold out before that of the men's, Williams went for the ace.

Williams went on to swat away any attempt to smooth over Moore’s statements, allowing him no escape from the discriminatory declaration he so nonchalantly made.

"Well, if you read the transcript, you can only interpret it one way," she said. "Get on your knees, which is offensive enough, and thank a man, which is not -- we, as women, have come a long way. We shouldn't have to drop to our knees at any point."

Moore released the obligatory boilerplate apology a few hours later, but his comments make clear the double standard still rampant in professional tennis today. Even as women and men now finally earn equal prize money from the major tournaments. And even as Serena Williams and the like continue to change the landscape of the sport, year after year. 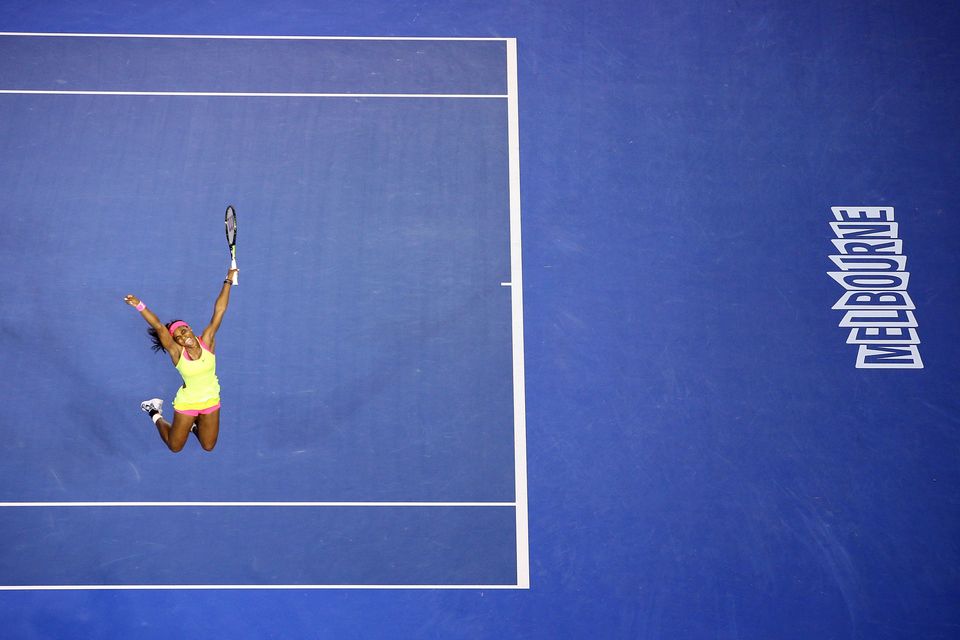