As Serena Williams' Australian Open quarterfinals match against Sloane Stephens started to get away from her, so did her composure.

After the 19-year-old up-and-comer took a one-game lead in the third set, Serena's frustrations boiled over during a changeover. And she took it out on her racket. The 15-time Grand Slam champion smashed it against the court, destroying it before throwing it towards the bench.

The crowd in Melbourne seemed stunned by the outburst from Williams, who had been battling a back injury picked up during the second set as well as her teenage opponent.

"Oh, yeah. Did you see it? I even had a wry smile on my lips after that. It made me happy, unfortunately," Williams said of the racket incident, via the Australianopen.com.

Serena's Australian Open got off to a rough start, suffering an ankle injury in her first-round match against Edina Gallovits-Hall, but still won 6-0, 6-0. In the second round, she accidentally hit herself in the mouth with her racket on a follow-through.

As for her back injury and whether it hampered her against Stephens, Serena downplayed it.

"It's fine. You know, just nothing," she said. "I think everyone at this stage in the locker room has something wrong with them, so it's fine. There's no excuse there." 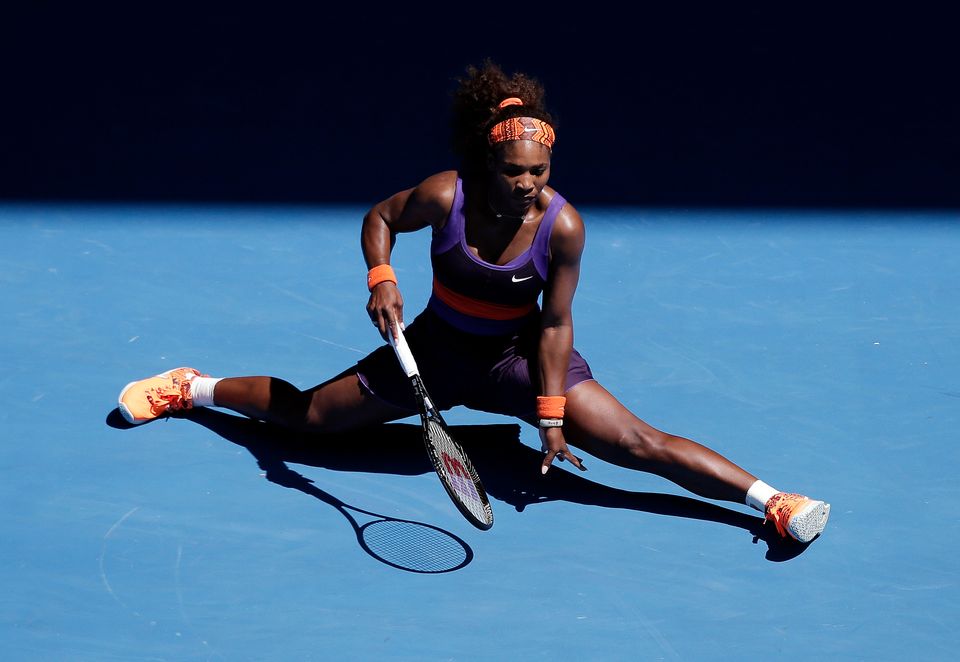 1 / 51
Serena Williams of the US slides to a stop after hitting a return during her quarterfinal match against compatriot Sloane Stephens at the Australian Open tennis championship in Melbourne, Australia, Wednesday, Jan. 23, 2013. (AP Photo/Rob Griffith)
AP