The sound of hyenas scratching on the outside of our tent was the only thing filling the cool air that night on the Serengeti. It was midnight and a pack of hyenas had ventured from their nocturnal homes to ours. The only thing between us and them was a thin sheet of canvas.

The ill-reputed scavengers of the Serengeti had surrounded our tent pitched in the heart of the savannah. My confidence with the wild animals had grown after watching our guide laugh them away earlier that evening after dinner. I unzipped the tent with just enough room to shine my flashlight only to gaze upon a sea of glowing eyes. I slowly stepped outside and began to set up my tripod to photograph the night sky. The flashlight kept the seemingly dangerous predators at bay. The sea of eyes transitioned upwards as my attention turned to the beautiful night sky. The moment that I realized I was surrounded by hyenas in the middle of the Serengeti I thought to myself, this was the Africa I came to experience. 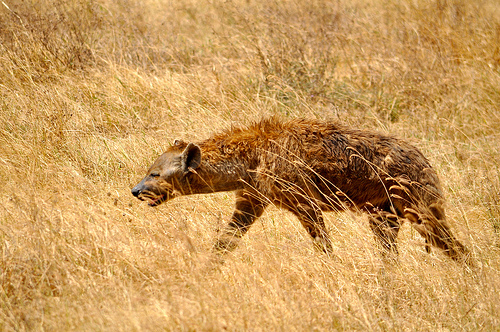 Energized by the encounter and unable to put my mind to rest made falling back to sleep challenging that night. We awoke hours later just in time watch the sun creep over the horizon of the African plains. Not even the animals had risen from their deep slumbers. The predawn light from the Tanzanian skies filled the grasslands with a soft red glow as we filled our canteens preparing for the morning adventure. 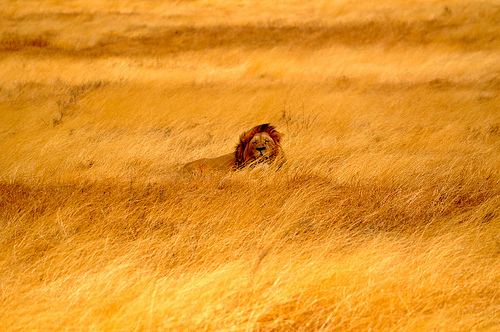 We departed on our pre-dawn game drive ahead of the sun and just minutes later we spotted a lioness sleeping just a few paces off the main trail. I should say Othman, our Tanzanian safari guide, and not me, had spotted her because spotting animals during the day was an art form. Spotting them before the morning light had broken, well that made him the master.

Othman had been a safari guide for roughly seven years and had attended years of safari guide school to earn a degree for his profession. He was from Arusha, the first stop for anyone looking to spot the big five, which include the lion, leopard, rhino, Cape buffalo and elephant, in Northern Tanzania. Othman was our eyes and ears for eight days as he navigated the vast lands of the Serengeti. Without him we would have been lost. 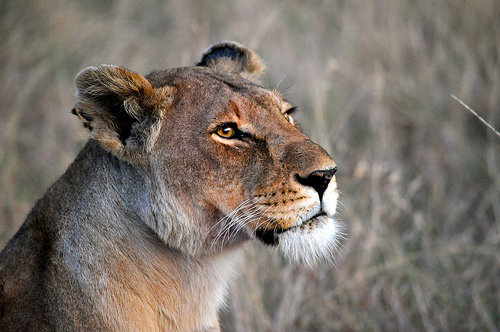 The morning of our late night visit from the hyenas Othman had suggested that we awake at 4:30AM for an early game drive. This was his best suggestion yet. We didn't see another safari truck or human for hours. It was just the picturesque savannah, the animals, and us.

When Othman spotted the golden lioness that morning, he stopped the vehicle, and we just watched her. She was sleeping undisturbed as the glowing African sun slowly crept over the Maasai rocks in the distance. As the sun rose so did she and she stretched and gazed over the pride lands. This was her home and we were just passing through. 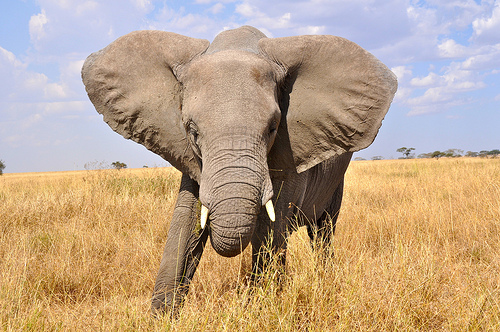 Observing the animals in their natural habitat was unlike anything I had ever experienced. We came across elephants showering themselves in the mid-day sun, leopards carrying their kill high into the trees, and we even intruded on a couple of lions on their honeymoon. Always trying to remain respectful and preserving the healthy relationship the animals have with us onlookers.

It was our last day on safari, it was everything I could've asked for. The Serengeti is a vast sea of diversity and I could see why my guide loved his job. Some day I will return to Tanzania but until that day I can only dream of Africa.

To see more photos from my Tanzania safari go to Triphackr.com