1. What was up with the Nisha call?
As host Sarah Koenig reiterates during the "Serial" finale, the Nisha call looks terrible for Adnan. According to records from Adnan's phone, Nisha was called for two minutes and 22 seconds at 3:32 p.m. on Jan. 13, a time when Adnan swears he wasn’t with his phone (he says Jay had it). Koenig and her team determine through AT&T’s customer service contract from 1999 that there’s a possibility the call could be a butt dial, as AT&T charged for calls that went unanswered for a long period of time (Nisha's number did not have an answering machine). But, as Dana says, "Even if the Nisha call could potentially be a butt dial, in the realm of possibility, maybe it was a butt dial. What are the chances?"

2. Is Ronald Lee Moore, a now-deceased criminal who was released from prison on Jan. 1, 1999, involved?
Koenig catches up with Deirdre Enright from the Innocence Project, who has a motion in the works to test DNA from Adnan's case that wasn't tested before. This includes DNA from under Hae Min Lee's fingers as well as hairs found on her body. Enright's reasoning for doing so is because she thinks they may match another potential suspect, Ronald Lee Moore, a man who had been in prison for a while, but was released for 14 months on Jan. 1, 1999. He was linked by DNA to the murder of another Korean woman in Owings Mills, Maryland, who was killed 11 months after Hae. Koenig admits that a DNA match between Hae's body and Moore is a long shot.

3. Was Jay covering for something else that he did?
There are repetitive references during "Serial" to vague, separately shady crimes that Jay allegedly committed. With the character witnesses generally saying he was a good guy, maybe he got caught up in something and this whole story became a convenient alibi hammered through by the cops that kept him out of something else. The fear he apparently felt while working at the video store seemed over the top for the descriptions of the 17-year-old Adnan and how even Jay described their relationship.

4. What did Hae's note to Don mean when she said, "Sorry I couldn't stay"?
In the first few minutes of the "Serial" finale, Koenig discusses an interview she conducted with Don, Hae's boyfriend. Don said that he had plans to meet up with Hae on the night of Jan. 13, 1999. When Hae's car was found, police discovered a note addressed to Don that read "Hey cutie. Sorry I couldn't stay. I had to go to a wrestling match at Randallstown High. But I promise to page you as soon as I get done, okay?" Koenig contemplates the sentence, "Sorry I couldn't stay." Where was she coming from? How was she going to get the note to Don, since his car was far away in Hunt Valley? Don had never seen or heard about the note until Koenig told him about it.

6. What was the big rumor that Sarah Koenig said she pursued, but couldn’t verify?
What was rumor Koenig called “so incriminating that we thought, well if this one is true then we’re done, our story is over and we can all go home"? Koenig, being a responsible journalist, never said, so it looks like we'll never know. (Vulture speculated about that rumor as well; read their take here.)

7. What about Don?
Koenig never focuses too much on Don throughout the season and therefore we’re left to assume Hae’s boyfriend at the time was pretty clearly removed from the crime. From what Koenig presents, however, the details are still hazy and it would have been nice to get a LensCrafters employee who could talk about their relationship at the store and Don's behavior on the day Hae went missing.

8. Why would Adnan ask Jay to help bury the body, especially if Adnan apparently knew a “Westside Hitman?”
In his Feb. 28, 1999 interview with detectives, Jay claimed that Adnan knew a “West Side hitman” and took that as a thinly veiled warning. But if Adnan had connections to professional criminals, why bother asking Jay, of all people, to help him bury Hae's body?

9. What was said between the cops and Jay when the tape wasn’t rolling?
Could be the explanation for why Jay's story is so convoluted.

10. What is the deal with State Attorney Kevin Urick?
State Attorney Kevin Urick factors into a number of key moments during "Serial" -- he helped Jay find a pro bono lawyer and chastised Don, according to Don, for not making Adnan sound creepy enough. Koenig says in the finale that she ran the Don claims by Urick, but he responded that he wasn’t authorized to talk about the case.

11. Why wasn’t it a bigger deal that Hae was on television the same day she went missing?
In the note police recovered from Hae's car, she tells Don about participating in a television interview about student athletes, which was taped earlier that day. This isn’t a regular occurrence in a high student's life and seems like it might have been mentioned earlier.

12. Is the below video the referenced video?

This video was originally aired by The Education Channel, a public access station managed by the Baltimore County school system. If this was the interview that was taped the same day Hae disappeared, it makes us wonder when it would have aired and who possibly could have seen it.

13. What's Stephanie's side of the story?
Stephanie, Jay's girlfriend and Adnan's close friend, declined to speak to Koenig about Hae's murder.

14. Was there a pay phone at the Best Buy?
Jay testifies that Adnan made calls from the Best Buy parking lot;s pay phone, but no one remembers seeing a pay phone in that parking lot and there are no records of such a phone ever existing. (Koenig says during the finale that a phone may have existed in the store vestibule, but it was never confirmed.)

15. Who killed Hae Min Lee?
While Adnan was convicted of Hae Min Lee's murder and sentenced to life in prison, "Serial" presents enough facts to cast doubt on that verdict. As Koenig says at the finale's close, were she a jury member, she would have voted to acquit Adnan based on the facts of the case -- but that doesn't mean she thinks he's innocent. After 15 years, and 12 episodes that serve as an excellent example of long-form journalism, the world -- including the family and friends of both Hae and Adnan-- may never have closure on this murder. 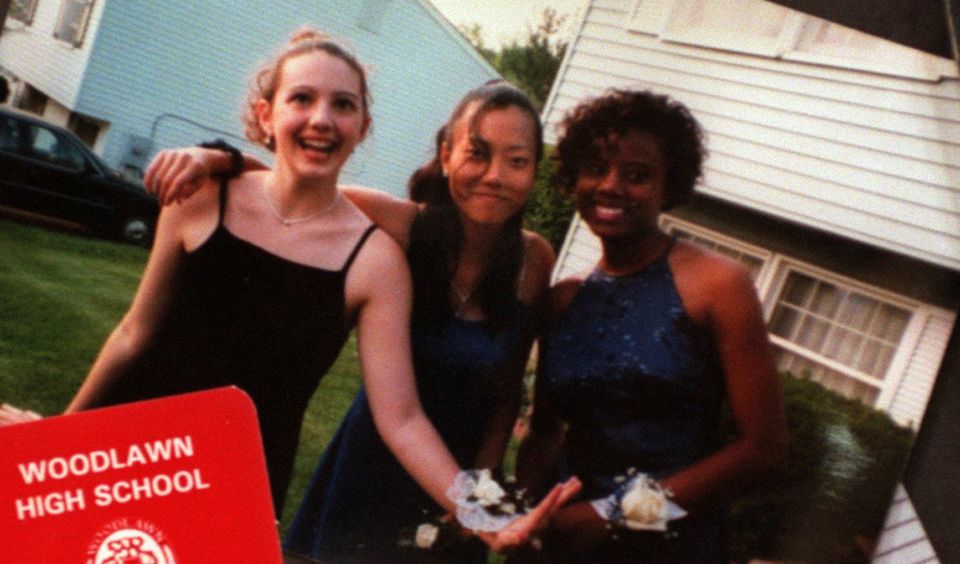