Summer on Long Island brings out crowds of sun catchers to the famous beaches that line its south shore. Could one of those seasonal visitors be the infamous serial killer who is responsible for the death of nearly a dozen people, many of them believed to be prostitutes?

Police in New York have spent the last 14 months trying to determine who is responsible for the murders of nearly a dozen individuals whose remains have been found discarded on Long Island beaches.

While opinions vary as to whether a single serial killer is responsible, The Huffington Post spoke with an expert who believes it is possible that a seasonal serial slayer is to blame -- someone who has committed crimes between Memorial Day and Labor Day, when the beaches are filled.

"I believe that there is one killer that is haunting Long Island, and I believe there is a really good chance he is a seasonal visitor," said Dr. Scott A. Bonn, a serial killer expert and assistant professor of sociology at Drew University.

"[The killer] is intimately familiar with the area and comfortable with it. I think there is a very good chance that he grew up in the area," Bonn added.

Eleven sets of human remains have been found on Long Island beaches from as early as 1996, with a majority of the discoveries having come since Dec. 2010. Of the 11, only five have been identified. Those victims were missing female prostitutes who were reported missing between Memorial Day and Labor Days over the years:

The most recent remains were discovered last week on the eastern end of Long Island. Authorities estimate the unidentified victim had been at the location for about five years.

The remains of another woman, Shannan Gilbert, 24, of Jersey City, were found in December 2011. Despite similarities to the other cases, police believe Gilbert accidentally drowned.

While some experts have speculated that the toddler and the male victim are not connected to any of the other slayings -- they do not appear to fit a particular MO -- Bonn said he has a simple explanation for why they should be included.

"It's not uncommon for prostitutes to take a child along. There's no prostitute daycare I am aware of," Bonn explained. In regard to the male victim's remains, Bonn said, "This person was cross-dressed. Think about it. Let's say the serial killer picked up this [individual], not knowing this was a man. When he found out, he bashed the victim's head in, which is contrary to how the other victims were killed, which appears to be strangulation."

Bonn also believes Gilbert is likely linked to the other victims.

"[Authorities] seem to dismiss Gilbert as one of the victims, and that does not make sense to me," Bonn said. "Unless there is evidence we don't know about, it seems too eerily similar to dismiss."

If the cases are all connected -- several of the victims were disposed of in burlap sacks or wrapped in plastic -- the responsible individual has been using Long Island beaches as his dumping ground since at least 1996.

While authorities still don't know if a single serial killer is responsible or whether multiple murderers are using the island for a dumping ground, it is hard to ignore the fact that the identified victims all disappeared between Memorial Day and Labor Day. A clue to the killer's lifestyle? Bonn believes so.

"There is an obvious seasonal aspect of this that warrants consideration," Bonn said. "This is a vacation area. [The killer] may be a seasonal visitor. He could also be a Manhattan resident who has a summer home."

If the serial killer is a seasonal visitor, Bonn said there are likely additional victims elsewhere.

"As somebody who studies serial killers, I can tell you their urges do not come seasonal," Bonn said. "The FBI should be looking at similar patterns elsewhere."

If a single serial killer is responsible, the methodology of past killers suggests he is likely following the case very closely in the media and is basking in the attention, Bonn reasons. But sooner or later that attention will no longer suffice. Once that happens, he will likely strike again.

"This guy is meticulous, sadistic and smart. I suspect he's probably a professional -- extremely charming and disarming," Bonn said. "He's not going to stop, and the nature of the victims' lifestyle (the fact that prostitutes often go unreported when they are missing) makes them the ideal prey. For all we know, he may have another dumping ground already." 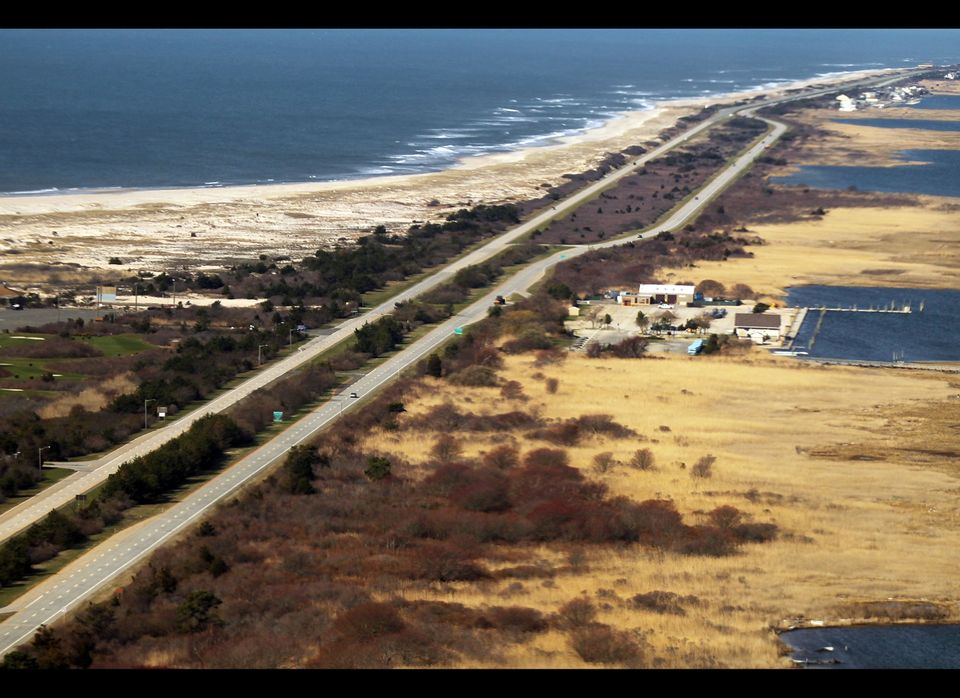 1 / 22
Long Island Human Remains
An aerial view of the area near Gilgo Beach and Ocean Parkway on Long Island where police have been conducting a prolonged search after finding ten sets of human remains.
Getty Images