It may be the season of Thanksgiving, but a dark Thursday is coming for fans of the wildly popular podcast "Serial": There will be no new installment of Sarah Koenig’s engrossing true-crime investigation this week. A long weekend home with your annoying kid brother and that well-meaning aunt who keeps asking you when you’re going to meet someone nice probably sounds even more dull without an hour puzzling over the case of Adnan Syed and the tragic murder of Hae Min Lee.

The special appeal of "Serial," in a media world already saturated with tawdry true-crime show, lies in Koenig’s willingness to grapple with her own shortcomings as a journalist and with the ethical dilemmas of crime reporting. She develops a relationship with Syed, giving him a voice, but also questioning her own biases in his favor and pointing out the personal factors that might sway her narrative. True crime, as a genre, always risks exploitation -- of the victims, of the accused, of the families torn apart by the crime -- and "Serial" remains ever-conscious of this risk, but also of the genre’s potential for discovery and redemption.

This self-aware, nuanced approach to true-crime narrative didn’t originate with "Serial," of course. While the week off might seem unfortunate, consider it a fantastic opportunity to catch up on some of the crime nonfiction classics that forged a path for the podcast. These books reveal the capacity of true-crime writing, pushing the boundaries of the journalist-subject relationship, examining the ethical conundrums inherent in the genre, crafting precise and insightful character studies, and even allowing for the ultimate reader let-down: an ambiguous conclusion.

Here are nine brilliant true-crime books you need to take home this weekend if you love "Serial":

CORRECTION: A previous version of this post stated that Jeffrey MacDonald successfully sued Joe McGinniss over the book Fatal Vision. The post has been updated to clarify that the lawsuit was eventually settled out of court. 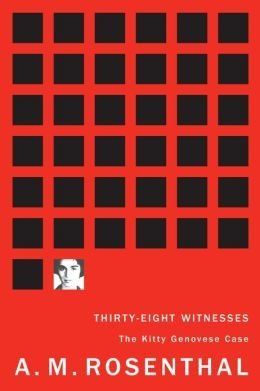