A serial rapist appears to be preying on the Dallas-Fort Worth-area alumnae of a single sorority.

Sisters in the Delta Sigma Theta sorority have been warned to take precautions as police in Plano, Coppell and Corinth investigate what are believed to be serial sexual assaults committed against four African-American women in their mid-50s to mid-60s -- all of whom were affiliated with one sorority alumnae organization.

The attacks began 11 months ago and occurred as recently as Oct. 14. Each of the assaults took place between 9 p.m. and 4 a.m. in the victims' homes, and in every incident the perpetrator revealed he knew personal information about the victim, according to Plano Police. Police did not disclose what that personal information was.

Investigators have released footage believed to be related to an attack in Plano in April.

Officials did not disclose a motive for the sexual assaults, but police believe the cases are linked due to their "glaring similarities."

"Throughout the agency and the [Dallas-Fort Worth] metroplex itself, we have investigated a number of serial crimes," Plano Police Public Information Officer Andre Smith told The Huffington Post. "But for one to target one specific organization -- that is rather unique."

Smith did not disclose the name of the sorority that the perpetrator is thought to be targeting, though police have been in touch with the Greek organization's chapters.

"We don't want to give any other sorority a sense of false security, thinking he's not coming after us," Smith said.

In a statement published on the sorority's website, sorority officials urged members in the Dallas-Fort Worth area to "take precautionary measures."

"Since receiving news of these incidents, our primary concern has been the safety of our members," said Cynthia M. A. Butler-McIntyre, Delta Sigma Theta's national president. "While it is not yet confirmed that these victims were targeted because of their affiliation with the sorority, we are erring on the side of caution and are advising our members in the Dallas area to take the necessary precautionary measures. We encourage members to be alert, remain aware of their surroundings and to call the police if they see anything suspicious or feel threatened."

Investigators say their biggest lead could be the video clip from Plano.

"[We are] putting this information out so that citizens can see this video, can see his face, can see his walk. We believe that someone knows him, the glasses that he wears, the build, the manner in which he walks," said Smith. "We are just hoping that someone sees it and recognizes this person."

Plano Police say the suspect is a black man in his late-30s to mid-40s who stands between 5-feet, 7-inches and 6-feet tall and weighs between 250 and 300 pounds. He might have a thin, neatly-groomed beard and short hair, or a receding hairline.

SEE PHOTOS OF A PERSON OF INTEREST: 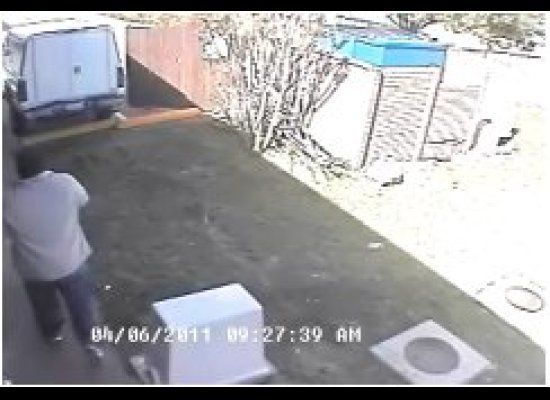 1 / 4
Sorority Sexual Assaults
Three Texas police departments are investigating a series of sexual assaults against women who are all members of the same sorority alumnae group. This image shows a man police are seeking to identity as a part of the case.
Plano Police Department