"Servas" is an Esperanto word that means something like "open doors." It's the best translation we have. And Servas.org is an international non-profit organization "dedicated to world peace through cultural exchange." What exactly does that mean for members? Well, long before there were Airbnb or Couchsurfing, I was able to travel the lonely planet for free by staying with voluntary Servas hosts around the world. I have stayed in Servas homes in England, France, Italy, Israel, Peru, Mexico, and all over Scandinavia since 1988. For two nights in each home, as I said, for free! And I was always given the key to the home and treated like family. That's right. You heard me correctly. Why, you may ask? Because that's the way the organization rolls. 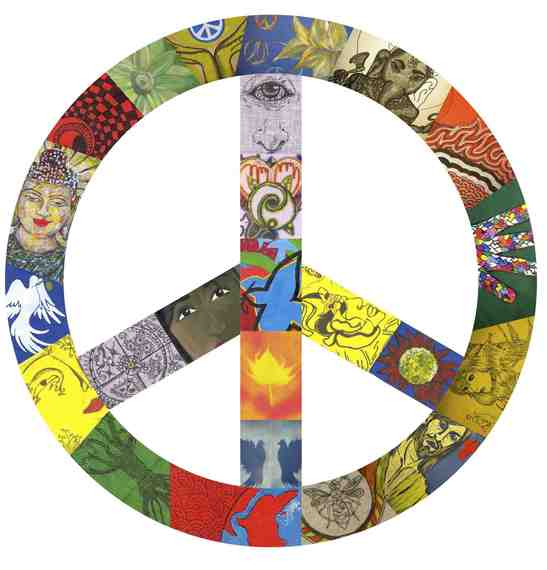 In 1949 a group called "Peacebuilders" was initiated at a folk high school in Denmark by Bob Luitweller, an American conscientious objector, and his friends. They were deeply concerned about world peace and wanted to prevent a catastrophe like World War II from ever happening again.

"The purpose of the network is to help build world peace, goodwill and understanding by providing opportunities for personal contacts among people of different cultures, backgrounds and nationalities. Servas promotes trust, tolerance, open-mindedness and respect, so that people can live in peaceful coexistence. Our members value understanding of different cultures, gender equality and diversity in ethnicity, ideology, sexuality and nationality. In times of globalization and increased movement of people around the planet, there is a growing need to promote understanding across borders and cultures. Hospitality and cultural interaction are the essential tools for achieving conditions for people to live in peace and unity."

Not really though, for us ex-hippies and surviving idealists of the 1960s, at least for those of us who still believe. You know, us "alternative artist types"? We thought "the times they were a changin'" and we still believe that we helped them change: burning our draft cards, helping stop the Vietnam War, joining SDS (Students for a Democratic Society), riding buses for civil rights, gay rights, women's rights... And sure, George Righteous Will pronounces us a "failed" generation, but I beg to differ. I even teach a class at USC called "Bob Dylan, the 60s, and YOU" to first and second semester freshman, asking them, through the first seven albums of a 20 year old Bob Dylan, "why their generation is so different than mine?" Or are they? I suggest, in my pedagogical forays, that maybe somewhere within, or underneath, their networks of computer chips and social media, lie latent, socially and politically-active Millennials, hungry to change the world. I mean, don't they know, we're living in hard times?

Income inequality, wars in the Middle East, constant threats of terrorism, deteriorated infrastructure, insufficient and unfair health care, a broken immigration system, a paralyzed American Congress; there is certainly enough to care about and to want to change in the 21st century. So.... what's the difference between us "hippies" and their "Millennials"? I have a simple answer: the American military draft. There is none. Not in decades. Because believe you me, if my male college students' asses were on the line to be drafted by the U.S. military, you can bet your ass that they would be burning their draft cards and protesting these wars. And guess what else? Their parents and girlfriends, their brothers and sisters, would all be singing "We Shall Overcome" in 4-part Arlo Guthrie, Alice's Res-tee-raunt, harmony! 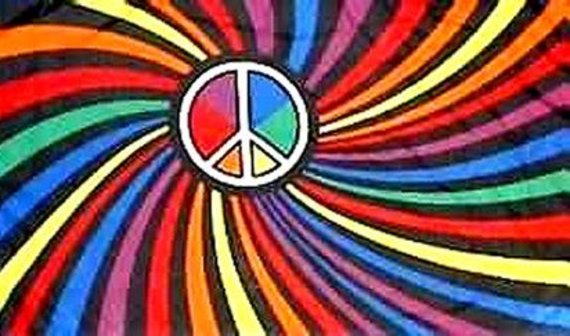 But back to Servas. Sign up. We need you. The organization is dying out -- due to age. We're all old farts now with white hair, although the organization is just as vital, just as practical, and just as free as it always has been. Servas is not hip or cool anymore, but mostly because no one under the age of 60 has heard of it!

Look it up. Go to the website. If you live in America, go to USservas.org. They're located in Arcata, a small, fishing town on the rugged coast of Northern California. But you don't have to go there. Naturally, you can become a member online. For a small annual fee, you will meet a local interviewer, who will hopefully verify that you're not crazy and that you're a safe bet for hosts to have in their homes. (Believe me, it's not that hard if they accepted me!) And that's all there is to it.

You will then be given access to Servas' worldwide network of international hosts. As I indicated above, there are more than you could possibly imagine. Hundreds in big cities all over America and Western Europe, and many more in diverse countries on every continent (not sure about Antarctica). You can then contact the host of your choice by email. Each host and their family, if they have one, self describes themselves in the country's host list. You can find out if the host is married or single, their age, how many children they have, whether you will need a sleeping bag or not (usually not), what their passions and hobbies are, what organizations they are members of, etc. They often intimately describe their neck of the woods and often are more than willing to become your avid tour guide and local booster of their regions. And no, it's not necessary to host to be able to travel, or vice versa. It's not a reciprocal trade off; it's your choice which you want to do. 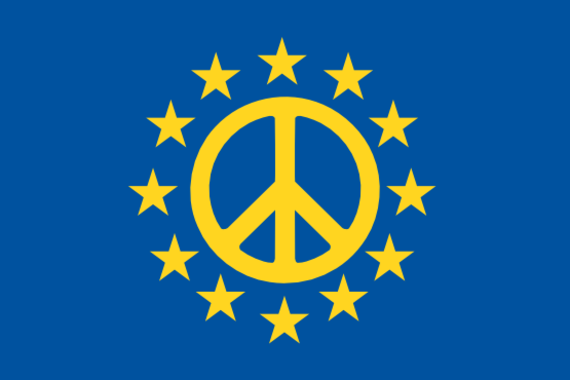 And guess what else? If your host likes you, and your schedules coincide, they can invite you to stay longer than the prescribed 2 nights and 3 days. One time, I had a German Servas traveler stay a month with me in LA when my subtenant went home to Pittsburgh for Christmas. Another time, I stayed with an Israeli diplomatic family in Rome for a month, then visited them in Jerusalem, Helsinki, and Paris in subsequent years over the next decade and a half, as they kept getting re-assigned. Not surprisingly, I'm still friends with many of my fellow Servas travelers and hosts. I have gone to weddings, Bar Mitzvahs, and ski retreats with some of them. This is the way it really stops being a lonely planet, and you start being part of the international community of friends and like-minded enthusiasts.

Why pay good money for the trendy Airbnb when you can do the same amount of online "research" and stay for free? With friendly, like-minded people? Who might become your lifelong friends? Not that there's anything wrong with Airbnb, Flipkey, Booking.com, (hey, I use them all), but as Meghan Trainor might say about these sharing economy mega-engines, "they're all about the buck"!

If we are to make a difference in this f-ked up world of ours, it will be through networks of like-minded people. Social networks made up of just not like-minded, self-promoting narcissists, but networks of people dedicated to social change, to social justice, to... dare I say it, world peace. 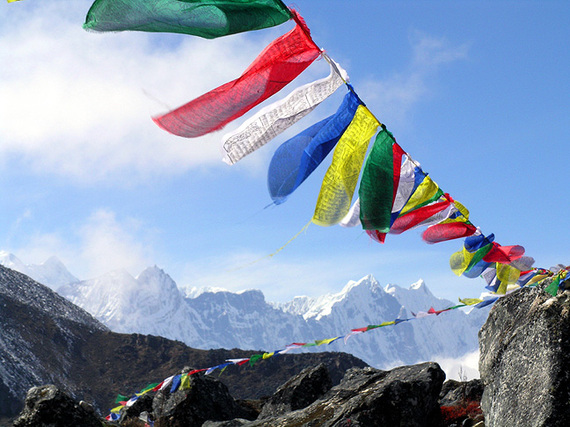 It's a tough and challenging world out there. We all have to watch our backs, play it safe, and plan for the unpredictable future. Right? Well... maybe... and I'm just thinking here... we could all just live a little bit more in the moment, a little more spontaneously, a little more generously and openly and freely, and... we could start connecting the people and the dots... all around the lonely planet.

ServasTry it. You'll like it. And you'll open... your doors... your life... just a little bit more. You'll make friends in a town on the planet that you've never heard of... yet. You'll find that you're never too young or too old to make a difference in the world. One person, one connection at a time.

And if you live here in the good ol USA, join US Servas: www.usservas.org 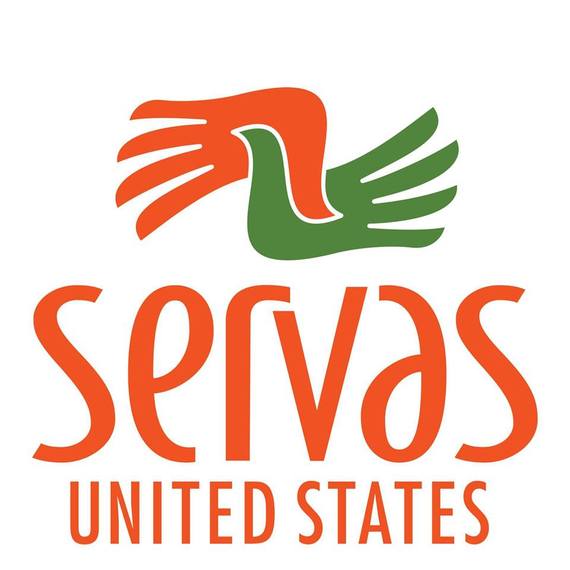 And his travel blog, "e-travels with e. trules" here: www.etravelswithetrules.com/blog