My family likes to tell and retell a certain story about my cousin Ashley. Up until he (yes, he; Ashley was once a boy's name) was about four years old, he'd hardly spoken a word, although he watched the world with wide-eyed attention. One evening, my aunt and uncle took him to a Disney-themed ice skating show, which he absorbed in cheerful silence. On the drive home, my aunt glanced in the rear-view mirror and asked, "Did you enjoy the show, Ashley?" Whereupon Ashley replied, "Yeah, I did. I liked when the alligators were skating on their tails."

Overcoming her astonishment, my aunt asked Ashley why he'd never spoken up before. He just shrugged. "I didn't have anything to say."

If you're the remotest bit curious about child development, you're probably wondering the same thing Ashley's parents were at that moment: What on earth was going on in that head of his all that time?

Though we still don't know how to answer that question with precision -- for Ashley or any other child -- the latest brain research is providing us some intriguing clues about the ways a child's inner world is both similar to and different from an adult's.

Take, for instance, a new study with the unusual title, "Neural Activity during Natural Viewing of Sesame Street Statistically Predicts Test Scores in Early Childhood" -- or, in the words of the official press release, "Your Brain on Big Bird." By comparing brain scans of children and adults as they each watched -- you guessed it -- Sesame Street, a team led by Rochester University's Jessica Cantlon found that brain activity patterns found in some children are very similar to those found in adults, while other kids of the same age aren't nearly as adult-like in their thinking. 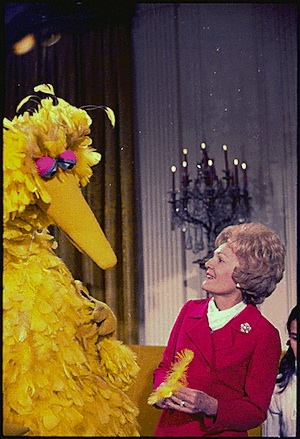 "Well, yeah," I can hear some of you saying; "you can tell that by watching any preschool class." But wait -- this is about to get much more interesting. As the journal PLOS Biology reports, the researchers compared the children's brain scans with their standardized test scores, and found that kids with adult-like activity in a brain region known as Broca's area -- known to be crucial for speech production -- scored unusually high on verbal tests, while kids with adult-like activity in the intraparietal sulcus -- a brain area involved in counting -- scored higher in math.

The real surprise, though, came when the children were brain-scanned as they played a game of matching faces with numbers, words and shapes. Adult-like brain activity during this game didn't predict high performance on standardized tests -- even for kids whose brains seemed adult-like as they watched Sesame Street. In other words, watching TV doesn't necessarily equal zoning out -- kids' brains may actually be picking up cues for maturation from naturalistic educational programming. How's that for an argument for keeping PBS funded?

This isn't to say, of course, that it's healthy to park kids in front of the TV all day. Whether you're a single mom or co-parent of a big family, researchers agree that active parenting sets kids up for a life of better physical and psychological health. But as my cousin's parents learned on that evening long ago, just because a child isn't speaking doesn't mean he or she isn't learning.