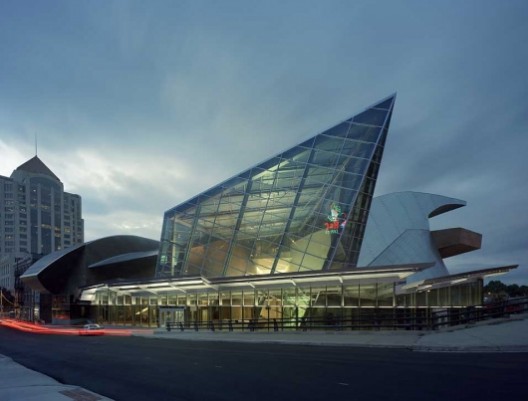 While the Cultural Policy Center of the University of Chicago would never put it that way, that is essentially the conclusion of their “Set in Stone” Report, released last week.

The report, a consolidation of 15 years of research involving over 800 building projects and 500 organizations, gathered hard evidence to find out: what influences a cultural building’s success or failure? The question is a relevant one: between 1994 and 2008 there has been a building boom of performing arts centers, museums, and theaters in the U.S., costing cities billions of dollars. And unfortunately, supply has outrun demand.

The biggest problem the Report identifies is that cities and towns, many of which have recently experienced improved education/income and enthusiastically undertake these projects, often overestimate the actual need for these centers in their communities. Thus, when they run into financial difficulties (most do: over 80% of the projects surveyed ran over-budget, some up to 200%), the centers become economic drains rather than cultural boons.

In other words: Just because you build it, it doesn’t mean they will come.

As Carroll Joynes, co-founder and senior fellow at the Cultural Policy Center, explains “Although increased education and income are usual predictors of demand for music, performance and museums, actual vs. predicted attendance does not follow a scientific formula.” There is no guarantee that these venues will accomplish their lofty goals.

However, there were some commonalities to the most successful projects: (1) A clearly defined need; (2) Constant, accountable leadership; (3) A realistic & maintained budget (with guaranteed funding in place before the project begins); and (4) Flexibility of post-use revenue sources.

The Final Report hopes to act as a kind of How-To Guide, to help cities and towns through this often arduous process. But the information is relevant to architects as well, as a reminder: the true cost their “signature work” could have on the very people it’s meant to enrich.

ABOVE: The boom of cultural centers in the US from 1998 to 2004. BELOW: Supply for cultural centers has outpaced demand. Via the Set in Stone Report of the Cultural Policy Center at the University of Chicago.

Interesting Facts, as reported by the UChicago News

Cities in the South had the greatest increase in cultural buildings. The region had lagged behind the rest of the country prior to the building boom — the Northeast and West had twice the number of cultural facilities per capita in 1990 than did the South. Increases in building were most common in communities with increases in personal income and in education among their residents; this was another reason why the South led in building expansions. Spending was also strong across the rest of the country from 1994 to 2008. The New York area led the country in cultural building ($1.6 billion), while the Los Angeles area saw an expansion of $950 million and the Chicago area saw spending of $870 million on arts-related projects. More than 80 percent of the projects studied ran over budget, some by as much as 200 percent. Smaller cities with fewer than 500,000 people were building as well, and many of these cities were building for the first time. On a per capita basis, nine of the top ten spenders on cultural projects were in smaller cities. Pittsfield, Mass., for example, with a population of 44,700, led the list with a per capita expenditure of $605 for six projects at a total cost of more than $81 million. More performing arts centers were built than any other kind of arts facility.

Story via UChicago News and the Set in Stone Web Site, particularly the Quick Overview