A penthouse used by celebs like Simon Cowell, Madonna, and Jim Carrey recently sold for $27 million dollars, breaking records as the most expensive condo ever bought in South Florida, according to Zilbert International Realty.

The record was previously held by 'Sky Mansion,' a South Beach penthouse that sold for $25 million in May.

An anonymous buyer bought the $27 million condo, which encompasses the entire 40th floor of Miami Beach's The Setai (all 7,100 square feet) and features a private infinity pool, hot tub, and 3,000-square-foot terrace up on the roof.

Four bedrooms and six bathrooms are flanked by floor-to-ceiling windows with views of the Atlantic Ocean. SubZero and Gagenau appliances fill the kitchen and the bathrooms come with designer fixtures from Duravit and Dorenbracht. Ohh la la la.

The Wall Street Journal reports that the prior owners bought the penthouse for $15 million in June 2010 and have been renting it out to highrollers like Cowell and Carrey for a staggering $30,000 a night.

While those price tags and rental fees are impressive, the property lacks the "wow" factor in a real estate market characterized by excess.

Where's the chromotherapy spa? Were dozens of Moroccan craftsmen involved as in the Taj Miami?

Click below for more images of the record-breaking condo where the Material Girl and Ace Ventura once slept (although probably not at the same time but who knows?): 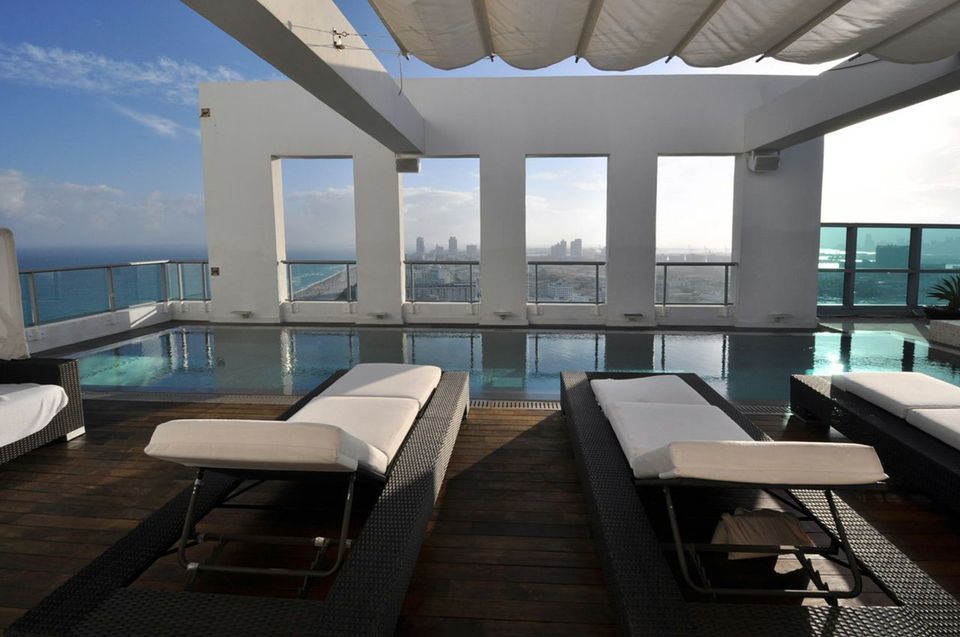