Earlier this month, Caitlyn Jenner introduced herself to the world with a 22-page Vanity Fair photo shoot. Jenner had only publicly come out as transgender back in April in an interview with Diane Sawyer, which led many to wonder: Did "Family Guy" actually know about this years ago?

Recently, "Family Guy" clips have resurfaced that some are saying predicted Jenner's transition. In one clip from 2009, Stewie Griffin calls Jenner "an elegant, beautiful Dutch woman." In another, Jenner dances provocatively for a crowd while Peter Griffin says, "Just wanted to remind you fellas what you're all fighting for."

When asked how the jokes came about during a recent "Ted 2" conference call, "Family Guy" creator Seth MacFarlane told The Huffington Post he's "too savvy to comment on the issue to the media." He explained, "Once the outrage industry shuts down, I will be happy to have an adult conversation about all of this stuff anytime anyone wants, but, even though I’m on the side of support, I just don’t think there’s any way to … you just got to play it safe because the climate is just too charged. Anything I say can and will be used against me."

During the call, MacFarlane also addressed political correctness in comedy, saying that most of the perceived outrage over jokes comes from the media, not the public. He added, "Nobody sets out to -- at least I don’t -- nobody sets out to offend or shock for the sake of shocking. You set out to get laughs." 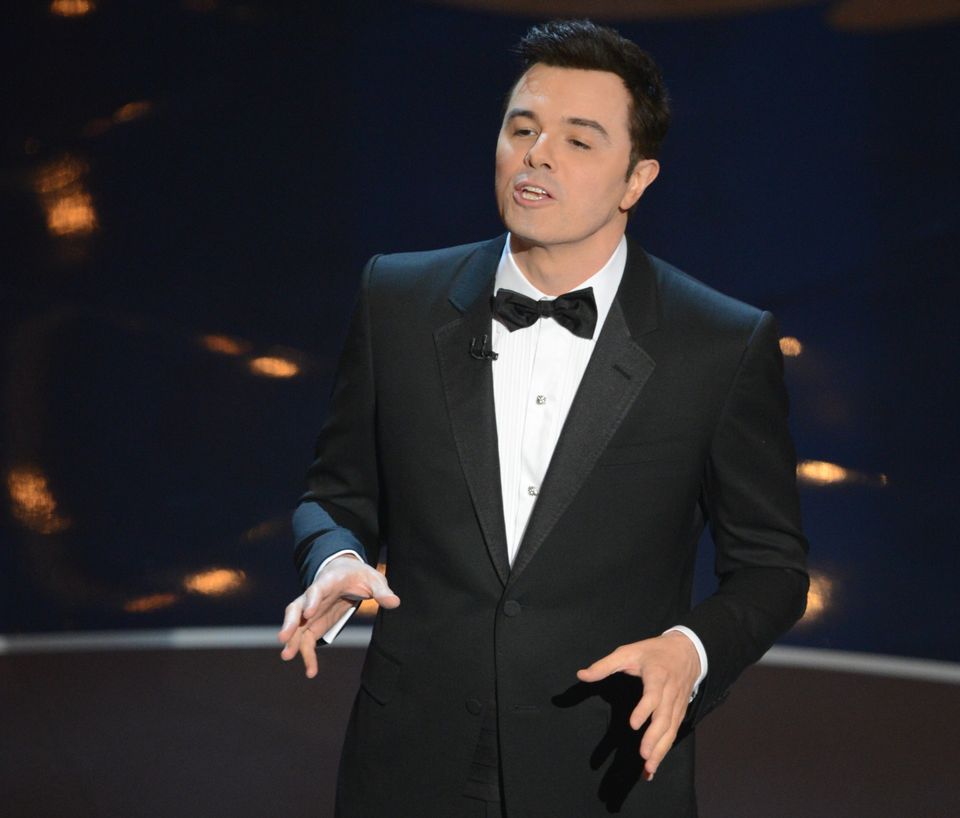