Mere days after winning the 2012 election with 332 electoral votes (in what some would call a landslide), you said, "Presidents always say, 'I have a mandate'; that's a foolish word and generally untrue."

A mandate is, by definition: A command or an authorization given by a political electorate to its representative.

Frankly, Dave:
• When you get 67 percent of the single women's vote
• When an 11-point margin among us females helps you to win the White House again
• When you win scores of state and Congressional elections across the country because of our support
• When we make up more than half of the U.S. population
• And when you now have an unprecedented 20 women in the Senate to back you up
-- you might want to rephrase that 'foolish mandate statement' tout suite.

Please don't act coy about this -- we busted our butts to get you guys back in there. We volunteered, we donated, we spoke out despite the degrading attacks, we canvassed and, most importantly, we turned out to vote. And all this, let me remind you, with a hell of a lot less economic resources than our male counterparts. Well, guess what? I won't sugarcoat it: we expect some payback. It's time for this administration, and this country, to do the right thing by us. 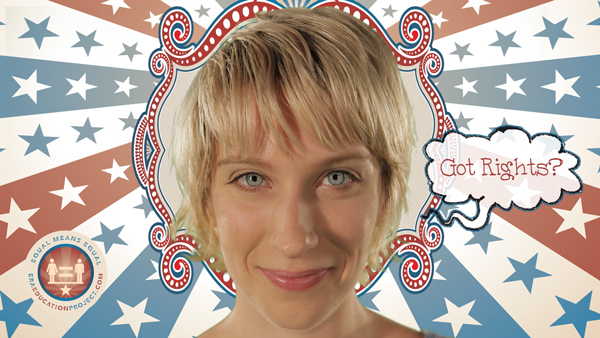 Millions of American women, "a large coalition of the faithful and the hopeful," as Donna Brazile puts it, have put their trust in you to stop the attacks on women's rights and finally bring them that which this country promises all its citizens: equality.

Lilly Ledbetter does not handle the situation and you know it. The Civil Rights Act isn't working for us either. Nor is the 14th Amendment's equal protection clause -- thanks, Scalia. CEDAW is not even on the table. The persistent and inexplicable gender pay gap reeks of sex discrimination and everyone knows it. Come on. Our patience is wearing thin here. We've been graduating from college lately in record numbers so continuing to misunderestimate us might not be the best tactic.

We don't want to hear about how other things take precedence over our basic civil and human rights. Give us full legal equality and give it to us now. Put the ERA up for a vote and end the greatest injustice ever swept under the American carpet.

Your [wo]mandate, President Obama, is very very real. You might want to tell Dave about it.