Got Google? We live in an era where social media affords us access to breaking news within seconds. It then allows us to share this information with friends and loved ones globally with a simple point and click. Just this morning I received a text from a friend whose two-week-old daughter was diagnosed with a rare medical condition. Within seconds I was on Google. Having trudged the road of parenting for the past 14+ years, I've become rather skilled at "schooling" myself on the available resources online.

But sometimes our immediate access to the social media highway is both a blessing and a curse - especially as it applies to raising our kids. 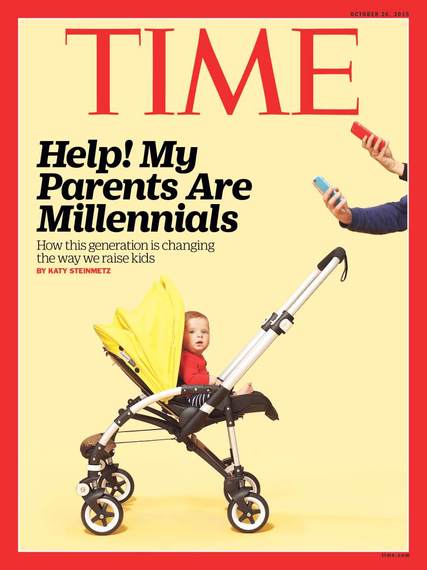 Katy Steinmetz for Time Magazine's October 26th Cover Story, "Help! My Parents Are Millennials: How This Generation is Changing the Way We Raise Kids" takes an in-depth look at the many ways our social media information overload is creating heightened competition for this generation's parents.

Need proof? She says take a look at their internet usage and Facebook feeds. Steinmetz writes, "Whether they have questions about screen time, co-sleeping, all-natural remedies for -diaper rash or any other issue, millennials are twice as likely as boomers to say they look to Google most often for instruction--and half as likely to say they look to books. While parents of all ages are most likely to turn to their own parents for advice, millennials cast their net to Facebook, Twitter, blogs and apps." Meanwhile other parents are documenting every milestone reached by their kids excessively through Facebook and Instagram, with many posts not actually matching what's happening in real-life. "The result is that many of them are posting an impossibly pristine, accomplished version of their family lives on the web."

Steinmetz also highlights how parenting styles are shifting within this millennial generation as well. "Helicopter" parenting or overburdening children with excessive focus on external academic achievements while juggling piano lessons with soccer practice is getting sidelined by what Steinmetz refers to as "Drone" parenting. Drone parenting still allows for parents to "hover" but instead follow and respond to their kids' interests as opposed to simply directing and over scheduling them. "Instead of hyperdirecting their kids, many researchers believe, there's a focus among today's millennial parents on a democratic approach to family -management--constantly canvassing their children for their opinions."

The backlash against "drone" parenting stems from a view that these parents are allowing too much freedom to their children - arguing that a lack of structure or rule setting makes for older children and young adults who may be unable to follow set rules and standards outside of the home. How many of us have seen kids wearing their Halloween costumes both before and after Oct. 31st each year? Or noticed the young girl wearing her ballerina tutu over her pajamas in the check-out isle at the supermarket? Do they have too much freedom or are they being supported for their creativity? 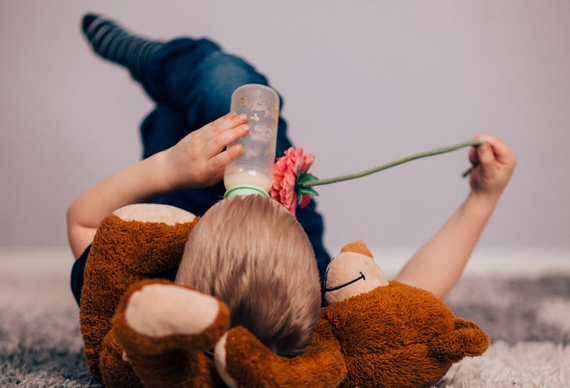 While I'm certainly more of a drone parent (my mother was; my father was not), it doesn't mean I'm not setting consistent boundaries for my children so they remember who the parent is vs. who the child is within our home. Whether we are Boomer, Generation X, or Millennial, setting boundaries with our children is key. When we stifle a child's individuality, it creates even bigger issues down the road. That said, allowing children to roam too far off the reservation without any tangible structure creates imbalance within a child and the home as well.

As parents, our job is to stay engaged with our kids. Watch them. Listen to them. Learn from them. But we must also recognize the critical need for boundaries in order to best support their development. Setting healthy boundaries with our children when done consistently, affords them the space to explore their individuality and question new ideas, while also providing us parents with a useful tool for measuring how well our kids respond to structure and how we might adjust the rope accordingly as they grow older and enter society.

Setting boundaries with our kids is also a process. And we get to work at it with both imperfection and diligence. Regardless of where your parenting approach lies, seeking fellowship from other parents with similar goals - especially those parents who are a little further along the parenting path is greatly beneficial. It takes a village to raise a child - the African proverb says. Thankfully in this modern era of social media, there's no shortage of resources to draw from as we work toward becoming more well-informed parents who truly want the best for our kids.

Kimberly Cooper, MA is a mother, writer, activist and former chief of operations for the "Reducing Childhood Obesity" initiative -- a partnership between First 5 LA and the Los Angeles County Department of Public Health. She's spent nearly 20 years working in project development for nonprofit and community based organizations throughout Los Angeles. Her writing has also appeared in the Huffington Post, Los Angeles Times, San Francisco Chronicle and Literatigurl.com