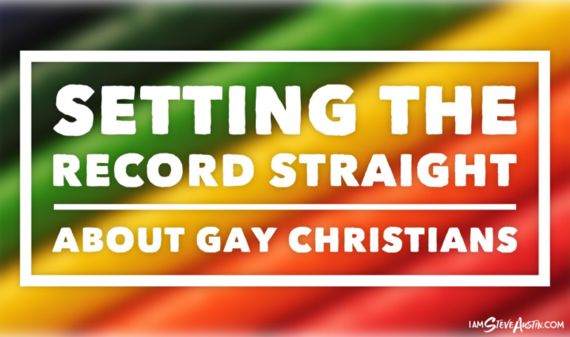 I went to ministry school with a girl who had been "delivered" from homosexuality. She went on to marry a guy from our program who became a youth pastor and she was determined to act just like any other heterosexual spouse of a youth pastor would, but she was secretly miserable as hell. It's been several years since her first marriage was dissolved, but our friendship has remained.

My friend has slept on our couch and eaten at our table more than once. We are her regular stopping point any time she travels from the Midwest to the Florida coast. In her new relationship with her beautiful partner, my friend is cherished and respected. They are friends and equals, neither one forced to hide behind the unrealistic expectations of any person or institution. I love seeing the way she supports this woman and their children, loving her partner as Christ loves the Church. I have never seen my friend more happy and whole than she is now.

For years, I have said my struggle is not knowing what I believe about homosexuality and Christianity. But that's a lie. My struggle has been more about my own fear of being kicked out of fellowship in the Bible Belt for being willing to defend gay people.

I have been afraid to come out and say I believe all people were created by a God who loves us all the same. My struggle has been admitting that what you do behind closed doors in the privacy of your own bedroom with someone you love deeply and are committed to is none of my business.

I have been a coward. I was more concerned with my own acceptance and belonging in the local church than with saying yes I do love and accept and even affirm the gay community. I secretly rejoiced when SCOTUS ruled in favor of homosexual marriages last year in the same way that many whites in my hometown of Birmingham, Alabama, secretly celebrated school desegregation in the 1960's. They were called liberals then, too. 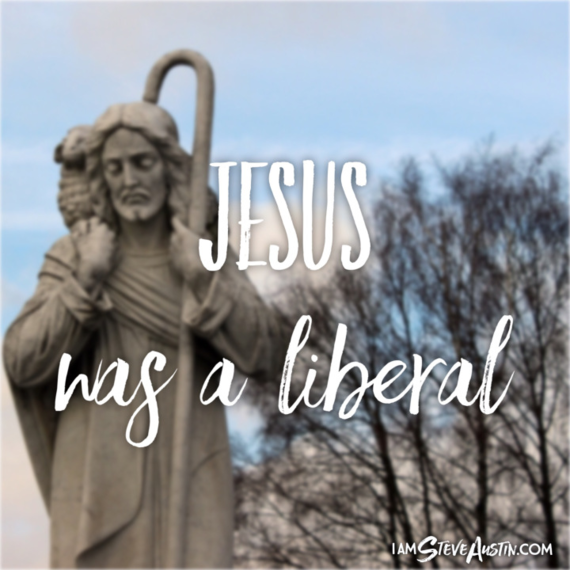 I believe it is wrong for any group of people to be demonized by the Church and I will not stand by quietly anymore. When it comes to the cause of those who've had hatred spewed in their faces in the name of a God who offers love and grace and kindness extravagantly, I want to be a liberal. I want to be a liberal for the cause of Christ, because Jesus was certainly not conservative with his love.

I'm done talking about those who struggle with being gay, as it implies homosexuality is something to be cured, stopped or fixed. And it's time to stop calling Christians who happen to be homosexual "Gay Christians." Do you refer to your overweight pastor as a Fat Christian? Maybe we should start calling people Judgmental Christians or Closed-Minded Christians, just so we're clear on where everyone stands. Putting a classification on a group of people based on our own prejudice sounds nothing like the Jesus I read about in the Bible. Labels belong on products, not people.

For the longest time, I wrestled with whether I should support the gay community in the same way that I struggled with whether abortion should be legal or capital punishment should be banned. But seriously, how on earth can I justify lumping gays in this same bunch?

Some say being gay is sin. Some say it isn't. I just don't care any more. You aren't going to see me argue this point with Scripture because the world is sick of theologians. I think most Christians are sick of them too. Can't I still show the love of Christ to my fellow man, without needing to back up my motivation with cherry-picked Scripture?

It's new for me to be this bold because I fear putting my own family at risk. How sad is that? The truth is, no war has ever been won by moderates who sit safely on the fence, pretending they can just smile and agree to disagree. I'm not waiting any longer to find out who's right or wrong. Love doesn't come with a list of prerequisites. Grace doesn't have criteria that must be met in order to be offered. It is more important that I love my neighbor than expect them to pass a litmus test.

When my friend and her partner sit on my couch, or have dinner at my table, the gay debate is no longer an issue. They are only people, and there is no doubt in my mind how to respond to the people I love.