A nonprofit organization has a bright vision for the future.

There are 285 million people worldwide living with low vision and blindness, according to the World Health Organization, but 80 percent of all visual impairment can be prevented or cured. However, access to treatment isn't so simple for many developing countries.

A California-based organization, the Seva Foundation, has been working tirelessly for decades to eradicate this global issue. Since its establishment  in 1978, the organization has grown internationally to restore sight and prevent blindness in more than 20 developing countries around the world.  Partnering intimately with Aravind Eye Hospitals in India, Seva's mission is to cure, not just treat, the 40 million people around the globe with blindness.

And on Oct. 8, World Sight Day, Seva -- inspired by Sanskrit word for “service” -- is celebrating by providing sight to its 4 millionth patient.

The Huffington Post spoke with Larry Brilliant, Seva Foundation co-founder, about the history of the organization, the development of efficient and affordable eyesight innovations and Seva’s vision for the future.

The Huffington Post: Describe the Seva Foundation and its history. How did you get to where you are today?

Larry Brilliant: My wife and I lived almost 10 years in India and during that time worked there to eradicate smallpox. We were successful, and when we came back, we wrote an article about our experiences in India and the people we’d met who helped us. We’d worked for the U.N. and CDC, and many people read what we’d written and sent us money out of the blue. We decided we would start a foundation with the money, and decide what we wanted to work on next -- and it was blindness. A friend, Dr. G Venkataswamy, had started the Aravind Eye Hospital, in India, in 1976. With him, the founding vision of Seva became to build a worldwide effort to reduce the amount of blindness that can be fixed or prevented. So, we started building hospitals and training ophthalmologists in Nepal, and while we were doing that Dr. V was doing the same thing in India. Over the years, we joined his board, and we helped each other get started.

Aravind has done more than half of the 4 million eyesight restoration surgeries and treatments. When our idea first developed, we started borrowing, begging for intraocular lens (IOLs) from hospitals and manufacturers, and we would send doctors to Nepal and India, their pockets stuffed with contraband IOLs. We got too big for that, so we purchased an IOL manufacturing factory and shipped it over to Tamil Nadu, where the Aravind is, and created our own manufacturer called Aurolabs. Now, Aurolabs has 8 percent of the market share of all the synthetic IOLs used by hospitals around the world.

What makes the plastic IOLs so special, yet simple?

If you think of a [traditional] cataract lens like photographic paper, if you leave it out in the light too long it yellows. By literally cutting the cornea and inserting these plastic lenses, people are able to see clearly. It’s just an amazing thing to have an implant in the human body, especially one that’s transparent and will not create a foreign body reaction, which we found was the case with a high impact plastic. Plus, the cost of an IOL is now a $1.60, whereas before they were $500 or $600. If you’re a peasant, villager or farmer in India or Nepal, you can afford [that cost], and if you can’t afford it, you can get it for free [with Seva]. And that’s what makes the difference.

How has the foundation helped provide eyesight to 4 million people?

It’s not just 4 million, it’s actually putting a dent in the global problem. We help fund sight-restoring cataract surgeries, school and community screenings, and have established local eye centers. On Oct. 8, it’s World Sight Day, and that is an opportunity to just remember how important sight is. It’s a metaphor for spiritual vision -- they say the eyes are the gateways to the soul, and we like that.

What impact do you think this innovation and vision can make on humanity?

As bad as the world might feel sometimes, or as difficult as it might be, in a world as rich and advanced as ours, we shouldn’t have 40 million people who are blind because we don’t have $1.60 piece of plastic. It’s moral indignation that pushes us -- the world need not have this amount of blindness. 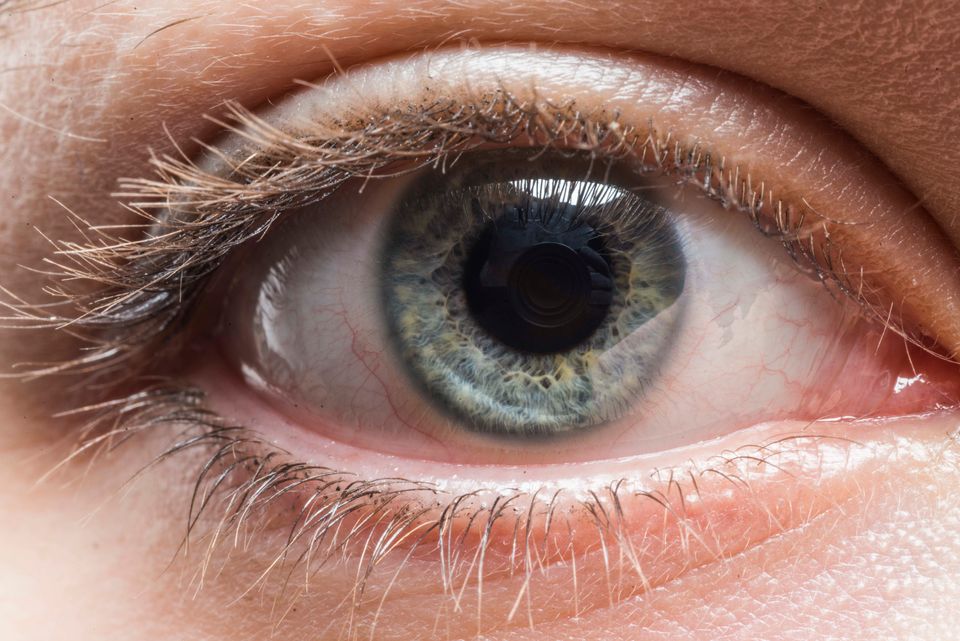