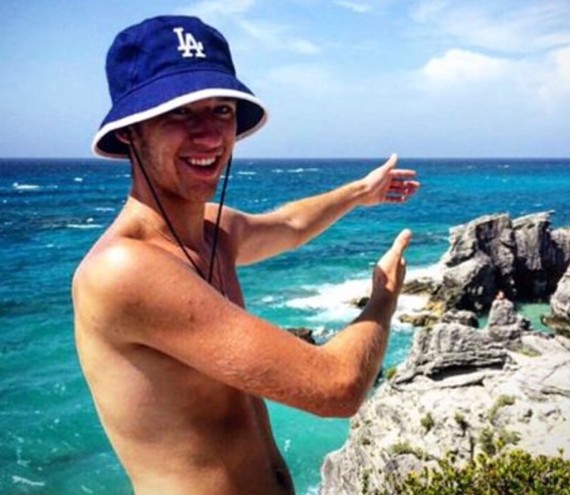 When it comes to learning about penny stock trading tips, there is no end to the different resources available for those who want to make money by trading online. However, many times, some of the biggest and most important lessons can come from the most unexpected sources. This is where Connor Bruggemann comes in. At just 18 years old, it may not seem like this high school student has much to teach the world about finances or trading, but his story holds several important lessons.

Connor dramatically turned $9,700 into more than $360,000 just trading penny stocks on the go from his phone all in about 18 months. This all started when Connor was just a freshman in high school and when he started trading from class on his phone. While his story may be remarkable simply because of his age, what is even more impressive is just how much Connor can teach any aspiring investor about the trading world. Now that he is older and wiser, Connor is teaching others about trading and passing on several important lessons about penny stocks that anyone can learn from his story.

Learn to Keep Emotions Out of It

If you talk to Connor about his trading experience, there is one thing he will continue to repeat over and over again, "I cut my losses quickly." He constantly goes back to this strategy and this idea that you need to keep your emotions out of the equation. If you learn to cut your losses quickly and not get emotionally tied up in an investment, you will be able to think with a clear head and make educated decisions.

Connor used to get detentions nearly every week for trading in class, and his teachers would tell him to "stop gambling." However, Connor wasn't gambling, even if he also wasn't paying a great deal of attention in class. He has a proven strategy and focuses on cutting losses quickly. His strategy is simple: minimize your downside and let your winners thrive. It's a strategy that has gotten Connor pretty far and one that proves that trading is about much more than a gamble.

Learn From Your Losses

According to Connor, his biggest loss ever came when he lost $47,000 on a Penny Stock. While he was ultimately devastated after losing around half of his account in a single trade, this important lesson that we can all learn from his experience, is that if you are a truly good trader, you learn from every loss and move on so it doesn't happen again. According to Connor the issue was that he didn't cut his losses fast enough and that he ended up on the wrong side of a press release over night, but since then he has learned and won't make the same mistake again. According to Connor, it's all about "swallowing your pride," and taking a look at your losses to see what they did wrong.

Don't Be Afraid to Revamp Your Strategy

After Connor suffered several big losses, he went into a hibernation period for months and stopped trading. However, unlike many who have suffered big losses before him, he didn't quit. He eventually pulled himself out of his funk, and started paper trading. When he would lose he would change his strategy until he found a set up that worked, and just went with it from there. You need to be willing to revamp your strategy and re-evaluate the way you look at things if you want to have long-term success in any financial situation like this.

Always Have a Back Up Plan

While Connor has made hundreds of thousands of dollars with his trading strategy, he never trades with all of his money. He has $300,000 in profits right now, but always puts some away as a backup. No matter how much you have made or how successful you are, having a back up plan is always important. It not only keeps you financially secure, but it also prevents you from ever having to trade in desperation.

Keep Yourself in Check

When it comes to spending money, Connor is just as plan-oriented as he is with his trading. In order to prevent himself from over-spending his profits (despite being a teenager still), he still has restrictions placed upon himself. For example, despite all of the money he makes, he wouldn't allow himself to get a new phone until he reached $500,000 in profits. It's a simple restriction, but one that helps instill discipline in his life, something every good trader needs to have.

Have Goals for Yourself

If you want to stay motivated and keep making money in trading, no matter how much you want to make, it is essential that you have goals. For Connor, these goals are to earn $500,000 in profits and to have his first student (Connor is now teaching others), become a millionaire subscriber. Even if your goal is to make $1,000, you need to have a goal so you have something to work towards and a marker you can celebrate once you reach that goal.