As the last of the winter snow melts, motorcyclists across the country, both experienced and new, are getting ready to dust off their rides and make the most of the springtime weather. Some take advantage of this time to cross off iconic roads from their bucket lists, while others, eager to get more riding experience under their belts, plan their first long-distance road trips.

The sudden influx of motorcyclists on roads and highways often catches drivers by surprise, putting motorcycle safety in the spotlight for all motorists. And some of the conventional wisdom is just plain wrong. In the spirit of Motorcycle Safety Awareness Month, we partnered with Allstate® to bust the most stubborn myths regarding motorcycle safety and to offer advice to drivers and new riders alike.

MYTH 1. Bikers Only Wear Leather Because It Looks Cool 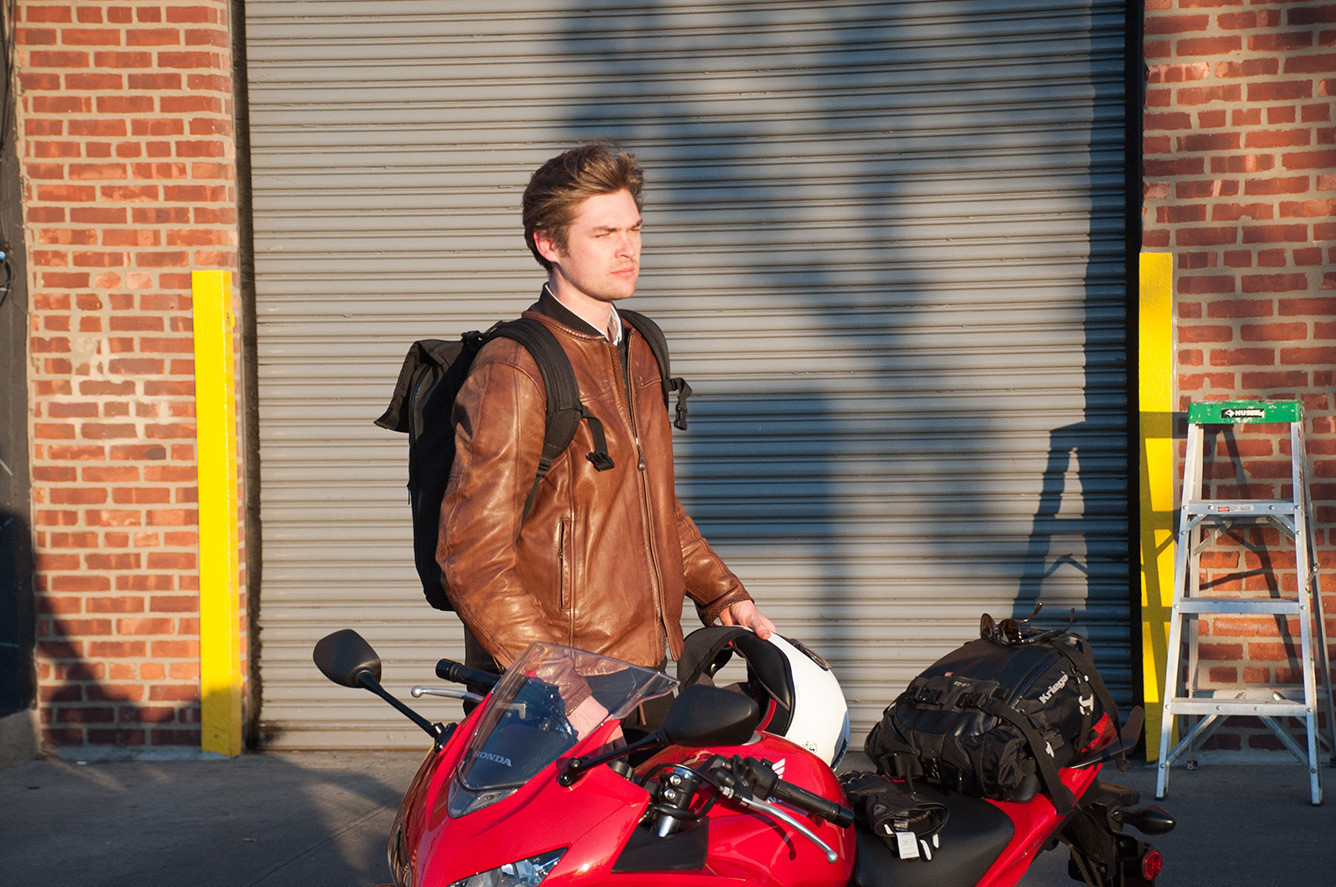 Not quite. Although leather has long been associated with biker culture, riders’ preference for it has more to do with the unique properties of leather than with how cool it looks (though, admittedly, leather has never gone out of fashion). Leather proves to be extremely resistant to abrasion, protecting riders against scrapes and cuts, and it acts as a great insulator, keeping riders warm against wind chill.

The leather motorcycle jacket has been part of the rider’s uniform since clothing designer Irving Schott popularized his windproof Perfecto starting in the 1920s. They’ve evolved to include protective pads for shoulders, elbows and back for extra safety. Leather gloves, vests and boots are also common among riders’ wardrobes; and these are typically made from cowhide, which is considered superior to pigskin and buffalo hide alternatives. 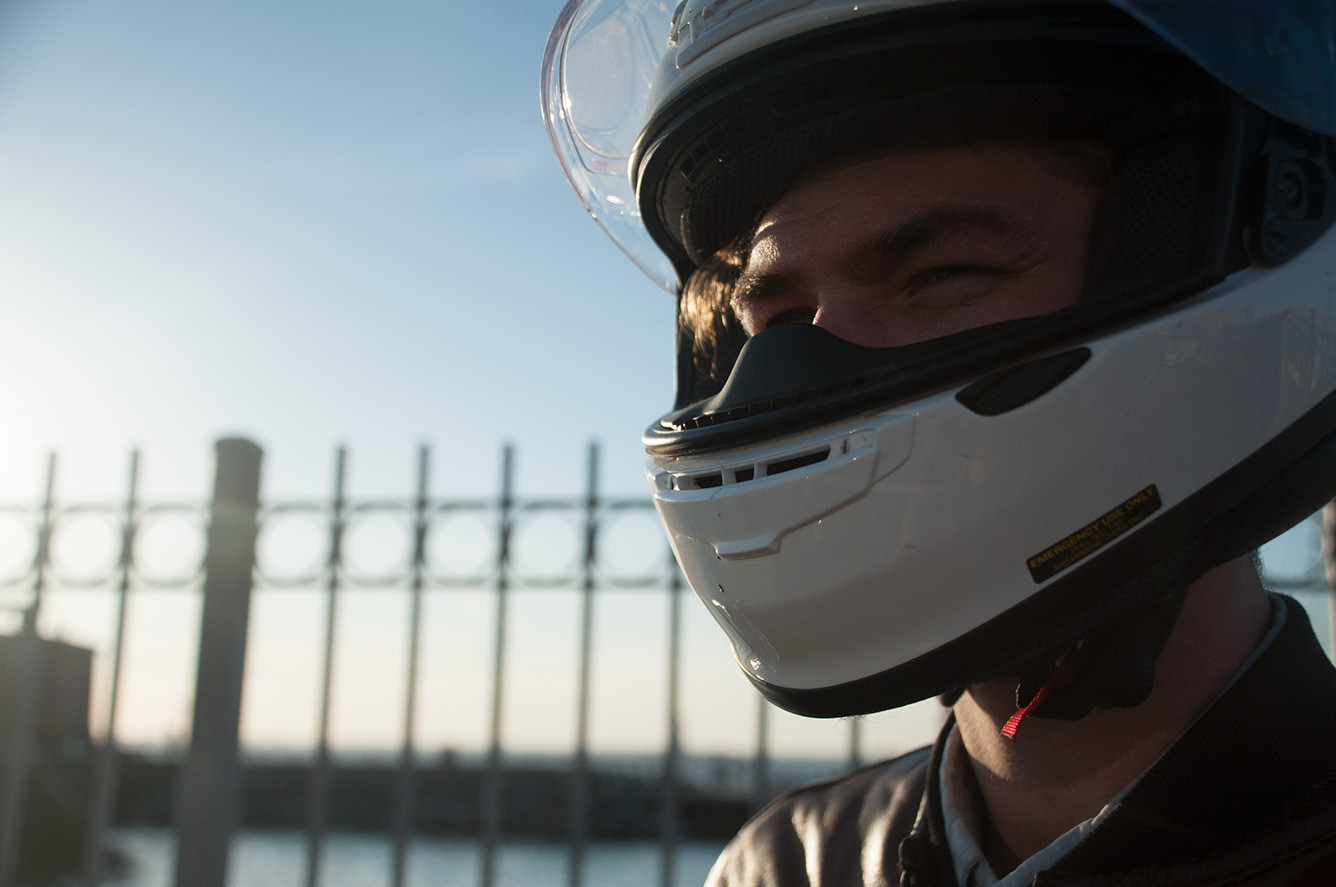 A full-faced helmet takes the brunt of the elements, and squishy bugs, riders encounter on the road.

They certainly don’t, thanks to the Department of Transportation’s safety standards. These require that all helmets provide at least a 210-degree field of view, meaning your peripheral vision won’t be affected. But that’s not the only reason to ditch open-faced helmets in favor of a full-faced one: In addition to completely covering the head, the visor on a full-faced helmet keeps wind, bugs, rain and debris off your face, allowing for a distraction-free riding experience. 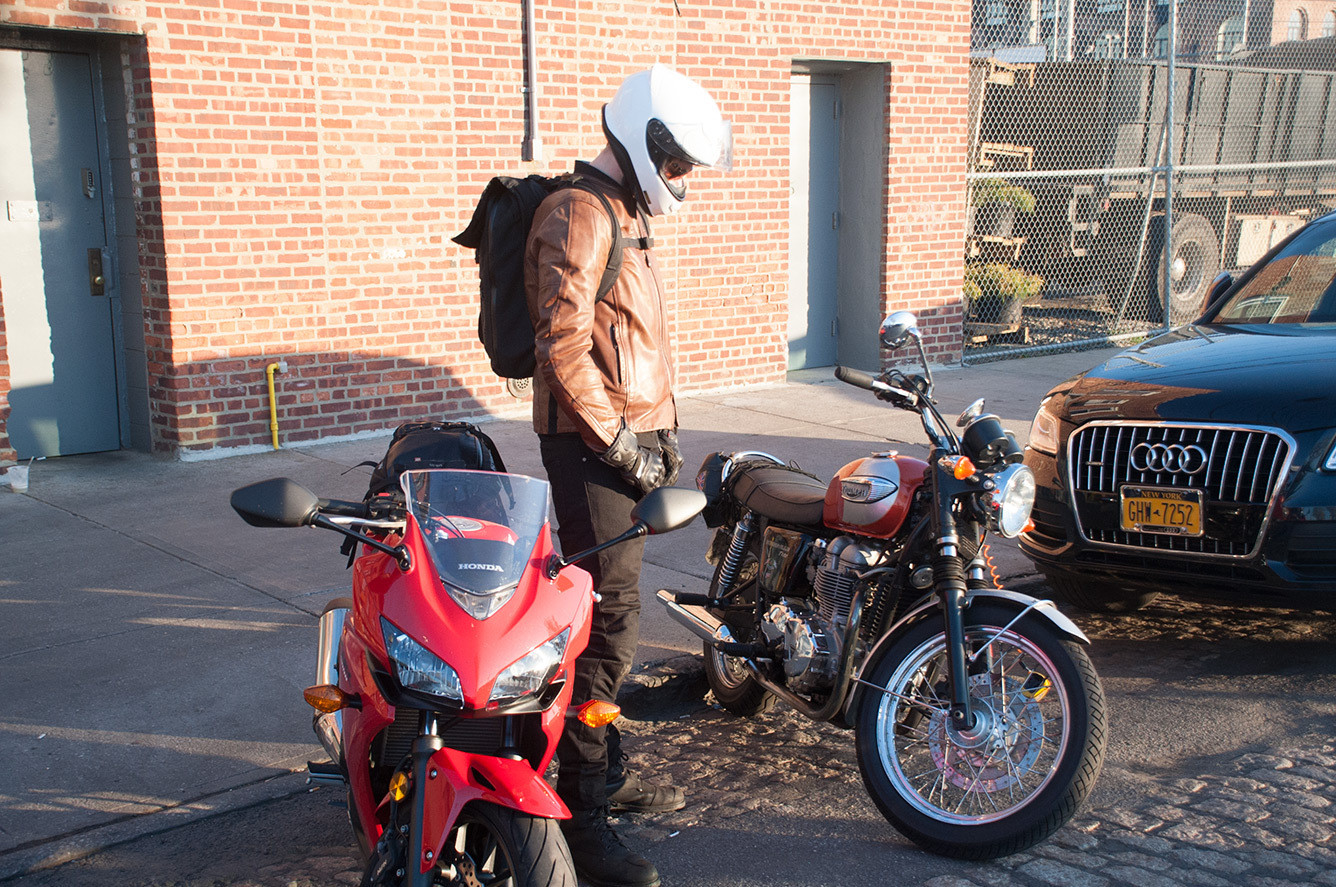 Middleweight bikes, like the Honda CBR500R and Triumph T100 pictured, weigh less than 500 pounds and may be more easily maneuverable for newer riders.

A new rider going with a big bike? Probably a bad idea.

In motorcycle parlance, a squid is a new rider who, overconfident in his or her abilities, springs for a big motorcycle to compensate for their inexperience and to impress their friends. But this eagerness can quickly backfire: Big bikes can easily weigh more than 700 pounds, making them significantly harder to handle in tight turns and parking lots. The higher torque of the bigger engine will also require a level of finesse that new riders won’t possess, as even a minor twist of the throttle may result in an unintentional wheelspin. You may very well end up on your butt, which is less than flattering. 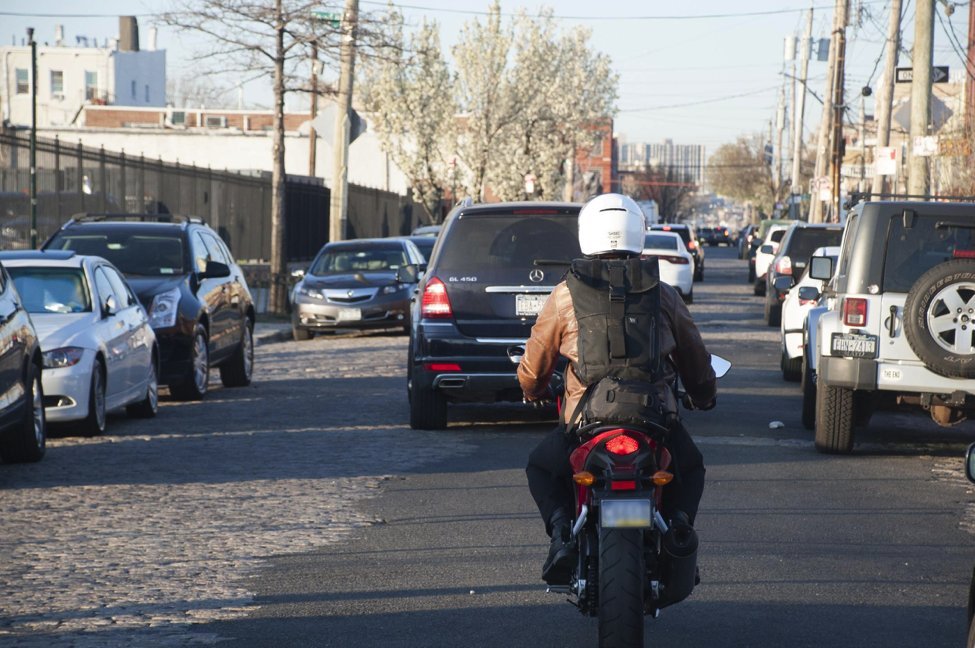 Drivers ahead of bikes may have trouble hearing them on a highway.

Loud exhaust pipes are said to save lives because the increased noise, as the myth goes, will grab the attention of nearby motorists, increasing their awareness of the rider’s presence.

It’s too bad the physics don’t back this up. The loudest sound generated by a motorcycle -- which comes from its exhaust pipes -- is directed rearward, so in highway scenarios, it’s unlikely that a driver in front of you will hear you coming. Even the largest bike engines would have a hard time grabbing a driver’s attention, because drivers often have their windows closed and the radio on.

Forget loud pipes. Your best bet is to be seen, not heard.

MYTH 5. Drivers Will See You 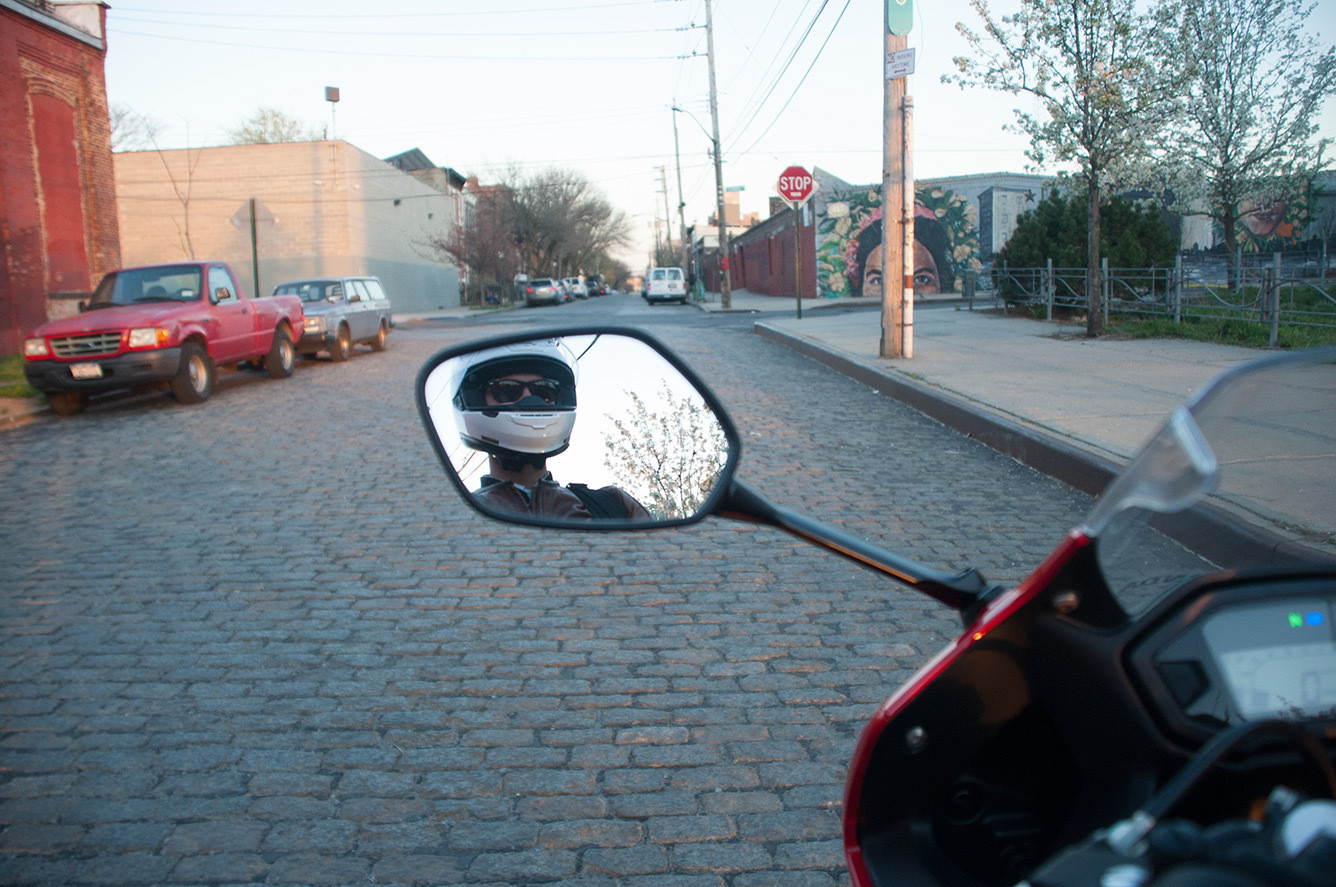 Ride near the dividing line to boost visibility on the road.

One of the tenets of defensive riding -- a popular practice among motorcycle enthusiasts that promotes actively anticipating dangerous situations -- is to operate under the assumption that drivers won’t see you. This explains why motorcyclists prefer to ride close to the dividing line on roads and in the leftmost lane on highways (if it has a shoulder), as these techniques keep them out of blind spots and let them swerve in two directions, left or right, should something go awry.

Motorcyclists also ride defensively by cautiously entering curves and turns to avoid “running wide” (going too close to the oncoming lane in a tight curve) and overbraking, which can lead to a slide-out. Other ways of riding safe include wearing reflective clothing during nighttime, routine motorcycle maintenance and keeping a healthy distance from other vehicles on the road.

MYTH 6. Roads And Streets Are Safer Than The Interstate 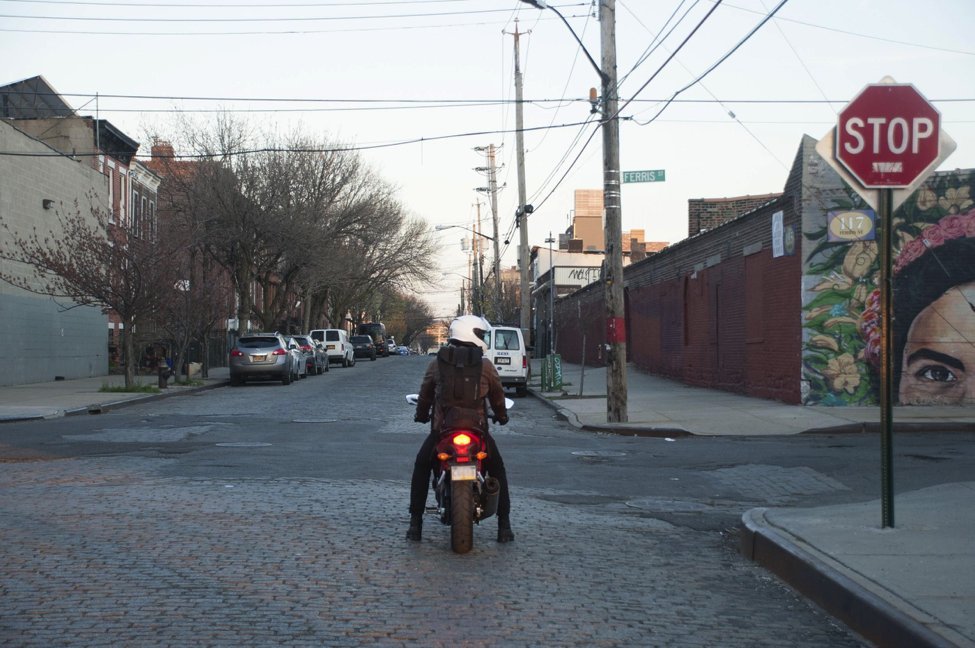 The belief that streets are safer than highways stems from the perception that you’re better off riding at lower speeds in case something goes wrong. However, according to a 2007 study by the National Highway Traffic Safety Administration, 91 percent of all crashes between a motorcycle and a passenger vehicle occurred on non-interstate roadways. The same study also found that “nearly 6 out of 10 two-vehicle motorcycle crashes involving passenger vehicles occurred on urban roadways.”

Although it’s true that you go a lot faster on highways than on city streets and roads, the smoother flow of traffic, wider lanes and the lack of opposing traffic remove many of the common dangers that motorcyclists run into. Many interstates also offer the benefit of high-occupancy vehicle lanes, which, thanks to a 2005 federal law, let motorcyclists use them without any restrictions.

MYTH 7. If You’re About To Crash, Lay It Down 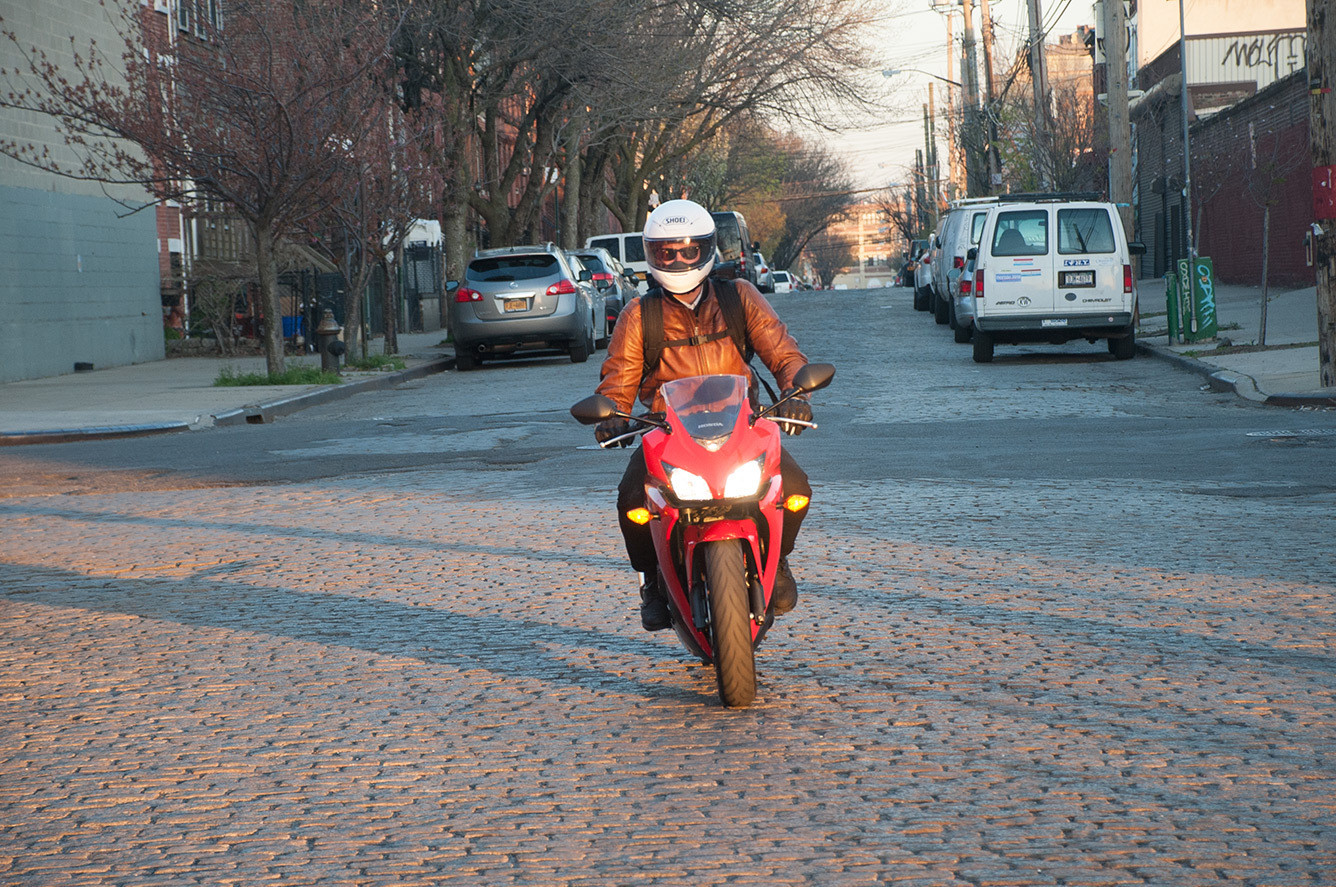 Riding defensively at all times is the best practice to stay safe from injury.

This popular piece of advice encourages riders to literally “lay down” their motorcycle in anticipation of a collision. Sounds like it comes straight from an action movie, right? The fact of the matter is that there simply isn’t any time to make a decision other than to brake and attempt to swerve around the object ahead, and even if there was, the last place you’d want put yourself is on the asphalt. Of course, the best way to deal with collisions is to drive safely and defensively and attempt to avoid them entirely.

Myths belong in fairy tales, not motorcycle safety. Now that you know how to enjoy the motorcycle riding season, let Allstate® take care of the rest.