We've all heard them, and we're hearing them a lot more these days 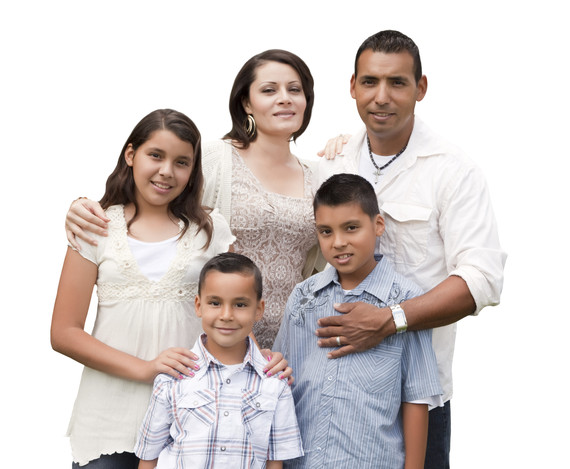 Originally published in MediaLife Magazine on May 26, 2016.

This article is part of an ongoing Media Life series entitled "Catching the next big wave: Hispanic media." You can read previous stories by clicking here.


"I don't want those people in my store," a Houston furniture retailer told me in the early 1990s after I pitched him ad time on Univision's local station.

As far as he was concerned, Latinos were all lazy, poor and a drain on the economy. They had nothing to offer his business, or this country.

For the past 30 years, Americans of Mexican descent have given a big boost to the US economy, never mind their contributions to American culture from popular music to cuisine.

Unfortunately, fears stoked by candidates in the presidential campaign have breathed new life into old stereotypes about Mexican-Americans and Mexican immigrants.

It's time they were debunked once and for all.

1. Mexicans are surging across the border. (False.)

Net migration of Mexicans is at its lowest since the 1940s. In 2015, the apprehension of migrants from Mexico was the smallest in nearly 50 years, according to Pew Research Center. Since the end of the Great Recession of 2008-9, 140,000 more Mexicans returned home than crossed the border. 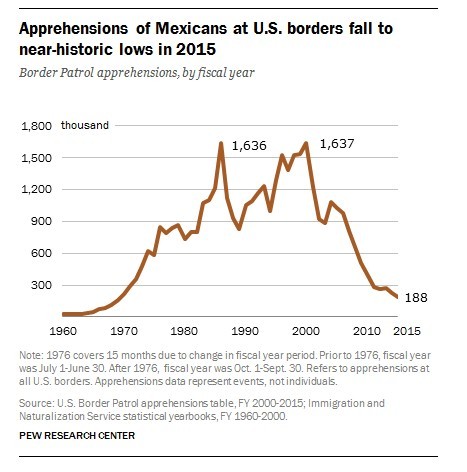 3. Mexican immigrants are mostly rapists and other violent criminals. (False.)

The jail rates for young, less-educated men living in the U.S. but born in Mexico is 2.8 percent. That's one-third the percentage for U.S.-born young men without a high school diploma, who have a rate of 10.7 percent, according to 2010 Census data.

The same pattern shows up in the 1980, 1990 and 2000 Census. Not only are immigrants less likely to end up in prison, a 2014 study shows they're less likely to engage in violent or anti-social behavior than U.S.-born Americans.

With a $1.3 trillion economy, Mexico ranks as the 15th largest market in the world. If you adjust for purchasing power parity, the country ranks No. 11, behind France and ahead of Italy.

Pulitzer-prize winning site Politifact gave its "Pants on Fire" rating to a Georgia congressman's claim that immigrants arriving from Mexico were bringing Ebola into the U.S. "There is no outbreak or bump in disease attributable to immigrants," says Arthur Caplan of New York University's Langone Medical Center in an NBC report.

6. Most Mexican-Americans are undocumented. (False.)

7. Undocumented immigrants are a drain on the U.S. economy. (False.)

Undocumented immigrants do not qualify for welfare, food stamps or Medicaid. Even legal immigrants cannot receive those benefits until they have been in the U.S. for more than five years.

With the furniture store owner, I started sending him statistics and newspapers articles in order to change his mind. My effort to use sound reasoning to overcome stereotypes paid off when as a test he bought a small advertising schedule.

The results came back an unqualified success, so he invested more. Eventually, he thanked me for helping his business grow.

The same kind of rational persuasion I'm sure will convince those Americans who "don't want those people in our country" that Mexican-Americans aren't just good for business. Their influence is making the U.S. a stronger, more vibrant and better nation.

***
Court Stroud is a writer and a longtime media executive who has worked for companies such as Univisión, Telemundo and several digital startups. He most recently served as Azteca América's EVP of network sales and digital. Stroud holds degrees from UT-Austin and the Harvard Business School. Follow him on Twitter: @CourtStroudNYC