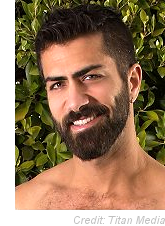 Adam Ramzi was working on a master's degree in LGBT psychology at Antioch University when Chris Ward, the head of Raging Stallion Studios, asked him to appear in an adult film. "At first I scoffed at the idea and was thinking that's not really something I'd be willing to do," Ramzi says. "But then the more I thought about it, it seemed to make a lot of sense... because a lot of what I was looking into in my program was about the shame around gay sex, and also people's reactions to sex work in general. So I just thought it would be kind of a risky little challenge that I could set for myself to try one scene and see what I thought about it. I ended up getting a lot out of it and decided to keep doing more. Each scene has been its own experience, its own adventure, its own set of circumstances. I really enjoy it." Ramzi currently writes for the NSFW industry blog The Sword while pursuing a license in Marriage and Family Therapy. 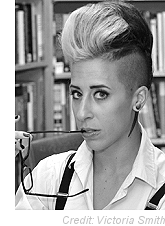 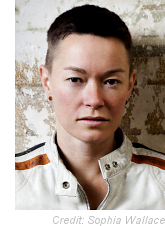 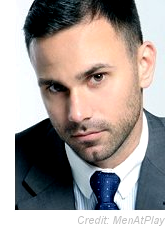 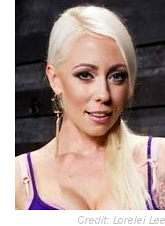 Actor, screenwriter, and activist Lorelei Lee has been starring in adult films since she was 19 years old. Lee, a New York University creative writing graduate whose work has been featured in Salon and The Rumpus, co-wrote the 2010 film About Cherry starring Heather Graham, Dev Patel, and James Franco. In 2015, she lobbied against California's controversial bill requiring condom use in statewide porn production, instead favoring a rigorous array of prevention methods already in place throughout the industry. (The bill died in committee.) Lee, who identifies as queer and is married to a trans man, prides herself in making what she calls feminist pornography. "It represents this idea of women just taking control," she explains. "What that imagery looks like, what kind of sex we want to have on film, deciding what kind of scenes we want to put out there into the world." 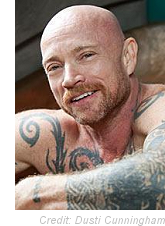 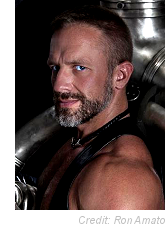