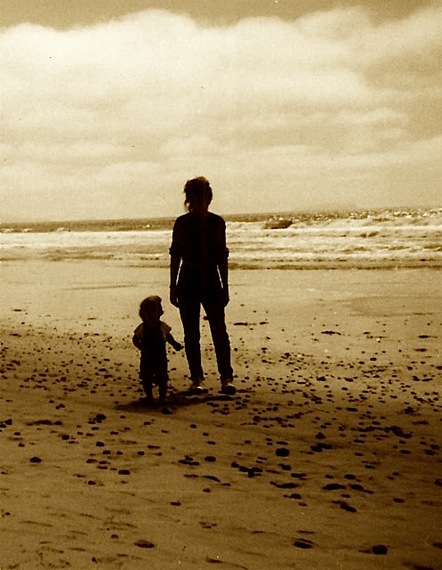 Martin Luther King Jr. taught us, by word and example, that any movement -- any culture -- will fail if it cannot paint a picture of a world that people will want to go to. As others have said, his speech was not called "I Have a Nightmare."

For decades, our culture has struggled with two addictions, to oil and to despair. It's pretty clear by now that we can't kick one of those habits without kicking the other. Yet, for many Americans, perhaps most of us, thinking about the future conjures up images of "Blade Runner," "Mad Max" or Cormac McCarthy's "The Road": a post-apocalyptic dystopia stripped of nature. We seem drawn to that flame.

It's a dangerous fixation. Think how children and young people must feel today, growing up in a time when so many adults seem to accept, with a shrug, only darkness ahead.

The key questions here are: How do we change our vision of the future? Where do we start? Here's one suggestion: reconceive environmentalism and sustainability -- help them evolve into a larger movement that can touch every part of society.

Here are seven reasons for the New Nature Movement:

• The more high-tech we become, the more nature we need. Even as biodiversity and traditional connections to nature fade, an almost religious faith in technology suggests that, well, we don't need nature much anymore. We hear talk of a "post-biological" era in which human beings are optimally enhanced by technology. Yet, we've only begun to study how more engagement in the natural world can optimize human health and intelligence. Technology will always be with us, but as it grows, we'll need an antidote to its downside.

• As of 2008, more than half of the world's population lives in towns and cities. If human beings are to enjoy nature, they'll likely have to do it in urban areas. This transformation will produce one of two outcomes: either the end of meaningful daily experience in nature, or the beginning of a new kind of city - and a new view of our role in and our definition of nature. Unless we choose that second option, the diminishment of our humanity and the further destruction of the natural world are guaranteed.

• Adults have nature-deficit disorder, too. In recent years, the children and nature movement has revealed a vein of hope. That effort has brought people together across party lines and religious and economic divisions. But the children and nature movement will not succeed unless adults come to see the importance of our own connection to the natural world -- not only for health and well being, but for the preservation of the natural world.

• Environmentalism needs new tools for unprecedented challenges. The environmental movement's many successes did not prepare us for even larger, interrelated global challenges, including climate change, biodiversity collapse, and the disconnection of people -- particularly children -- from the natural world. A few years ago, poll after poll showed that environmental concern, in some areas, had dropped to its lowest point since before Earth Day 1970. Why? Economic recession. A well-financed campaign of disinformation. An inability to describe a great future. But in recent years, conservation has begun to broaden its base, by arguing that in addition to reducing toxins, we must guarantee that all people, especially children, receive the gifts of nature.

• Sustainability alone is not sustainable. Though we don't have a better word to replace it, the word sustain suggests stasis. Fairly or not, much of the public views energy conservation and the development of alternative energy sources as essential but ultimately technical goals. We need more than stasis; we need to produce human energy (health, intelligence, creativity, joy) through nature.

This is about more than what nature can do for us. If we do not recognize our interdependence with other species and their habitats, if we do not learn to love them through experience, we will never respect the intrinsic value of the natural world which exists beyond human needs.

• Conservation is not enough. Now we need to "create" nature. Even if we conserve every square foot of remaining wilderness, and we should, it won't be enough to guarantee the biodiverse habitats that humans and other organisms will require to thrive. In addition to conservation, we must now restore or create natural habitats on our farms and ranches, in our cities, neighborhoods, commercial buildings, yards, and on our roofs. We'll need the true greening of America and the rest of the world.

• We have a choice. If we see only an apocalyptic future, that's what we'll get, or close to it. But imagine a society in which our lives become as immersed in nature as they are in technology, every day, where we live, work, learn and play. Imagine a future in which our intelligence and creativity, our ability to feel and be fully alive is enhanced by more frequent contact with the natural world.

We're already seeing a convergence of a New Nature Movement focused on human restoration through the natural world. A new river is gathering force. At its headwaters, an expanding body of scientific evidence links the human experience in the natural world to better physical and mental health, enhanced cognitive abilities, and a deeper environmentalism.

As these currents join, they'll lead us to a different view of the future. It won't be perfect, but it'll surely be better.

In fact, precisely because of the environmental challenges we face, the future will belong to the nature-smart -- those individuals, families, businesses and political and social leaders who develop a deeper understanding of the transformative power of the natural world, and who balance the virtual with the real. That's a picture worth painting, a future worth creating.

Richard Louv is chairman emeritus of the Children & Nature Network and author of THE NATURE PRINCIPLE, from which this essay was adapted, and LAST CHILD IN THE WOODS: Saving Our Children from Nature-Deficit Disorder. His newest book, VITAMIN N, will be published in April. It offers 500 ways to build a nature-rich life for families and communities. Follow Rich on Facebook and @RichLouv on Twitter