WASHINGTON -- If things go as planned, this Friday evening, the "Seven Single White Jewish Males" who placed a recent Craigslist ad looking for dinner companions will be breaking challah with seven of the many, many women who answered their amusing and question-filled, if not universally charming, ad, which begins as follows:

Shalom! We are five handsome and two not so handsome single men. And, yes, we are Jewish. Bound by tradition and emboldened by wit, we are hosting an epic Shabbat dinner -- a little challah, a little wine, and a lot of gefilte fish -- in downtown Washington, DC on Friday, January 18, 2013. In a nod to our orgiastic traditions, we are inviting seven lucky ladies to feast with us. Echoing the State of Israel's Declaration of Independence, we will consider you, "irrespective of religion or race," as long as you "bring your own lactaid pills."

"[O]nline dating is not fun," says one of the seven, who chose the name of Israel's first prime minister, David Ben-Gurion, for his pseudonym. "And this brings us back to Shabbos, which is fun. Let's shmooze over some gefilte fish and herring. You really learn about a girl when the creamed herring is flowing."

Sharing a traditional, if unconventional, Jewish Friday night dinner with these guys sounds fun to lots of others, too. Ben-Gurion says that he and his six ad-posting late-20s/early 30s friends, who all live in downtown D.C. and work in fields like law and government, have received responses from all over the world, "as numerous as the stars."

Most of the dinner-applicants are from the D.C. area. Others are from Israel, and they've gotten some interest from as far away as Malta. They've received emails from Jews and non-Jews alike, as well; one group of women applied together, titling their email "protestant princesses." It has, they say, been a pleasantly overwhelming response.

"We only noticed last night that half of the applications had gone to spam," says Ben-Gurion, who asked it to be made clear The Huffington Post reached out to him, rather than the other way around. "It's as if gmail is selecting for us."

"True, the Protestant princesses went to spam," says another of the seven, going by the name of Israel's first female prime minister, Golda Meir.

"There was also the group picture of cheerleaders from a West Coast university," says Ben-Gurion. "I assume most of them were not Jewish. That too went to spam."

The group plans to look through their spam filters, make their selections, then issue dinner invitations by Thursday, since "we need ample time to find out everyone's Ashkenazi food allergies," says Ben-Gurion.

And despite asking for photos, they are "not making our decision on looks," he says. "It's about the whole package. [I]t echos a famous Jewish saying: Don't look at jug only, but also what is inside. We don't want to just look at jugs, we want to see the substance."

"I can't believe you made that joke," says Meir.

As you may have by now gathered, the dominant attitude toward Friday's dinner -- the menu of which may include challah, wine, gefilte fish, Israeli salad, kugel and more fish -- is to hope for a convivial evening above expecting the arrival of a future spouse.

"I don't think any of us are approaching Friday night as a means to get married," says Ben-Gurion.

"We aren't trying to have an overly serious Shabbat dinner," says Meir. 'We're menschs. We'll cook for seven women. Have fun. And if we meet our besherets" -- that means soulmates -- "then we will go to heaven."

"And if not," says Ben-Gurion, "with our kishke" -- that is, the kugel and wine and many different fishes -- "it will at least be heavenly."

UPDATED, 3:10 p.m.: David Ben-Gurion emailed on Thursday afternoon to say that the group sent out dinner invitations to seven women, and that "and all seven have (astonishingly) accepted."

Asked how the seven women were selected, Ben-Gurion said that "they had fun with the application, seemed natural and comfortable with our style, and took it seriously, but not too seriously." He declined, however to share specific responses that the seven chosen women, or any of the unchosen applicants, sent in, "out of respect for their privacy."

Those who didn't receive invitations, don't lose hope: Additional Shabbat dinners may yet be planned "due to the overwhelming number of responses," Ben-Gurion said, "Though if all goes as planned, it might only be six of us next time."

Shalom! We are five handsome and two not so handsome single men. And, yes, we are Jewish. Bound by tradition and emboldened by wit, we are hosting an epic Shabbat dinner -- a little challah, a little wine, and a lot of gefilte fish -- in downtown Washington, DC on Friday, January 18, 2013. In a nod to our orgiastic traditions, we are inviting seven lucky ladies to feast with us. Echoing the State of Israel's Declaration of Independence, we will consider you, "irrespective of religion or race," as long as you "bring your own lactaid pills."

To be considered, please submit a picture of yourself. We'd also like to hear more about you!

Please answer two of the following questions with another question: What's your favorite Shabbos activity? Which biblical forefather do you admire most and why? What would you establish as the 11th Commandment? What's your favorite episode of Seinfeld? Curb Your Enthusiasm? Which character from Girls speaks most to your personality? What is your favorite double mitzvah? Why would you answer a Craigslist ad about a Shabbat dinner?

You must also answer two of the following, not in question form. Where do you go to get your hair straightened? Are you a self-hating Jew? Have you read Portnoy's Complaint? Explain why a two-state solution would or would not work? How do you feel about the Shoah? What is your favorite yiddish word and farvus? Zach Braff: Dreamy, or in your dreams? Do you appreciate hairy backs?

If you answered yes to any of the questions above, what year did you go on Birthright?

If you are one of the seven chosen people, you will receive additional information regarding the time and location. We look forward to reading your reply and gawking at your picture.

PHOTO GALLERY
Wacky Wedding Stories From Ripley's Believe It Or Not!
Download
Calling all HuffPost superfans!
Sign up for membership to become a founding member and help shape HuffPost's next chapter
Join HuffPost 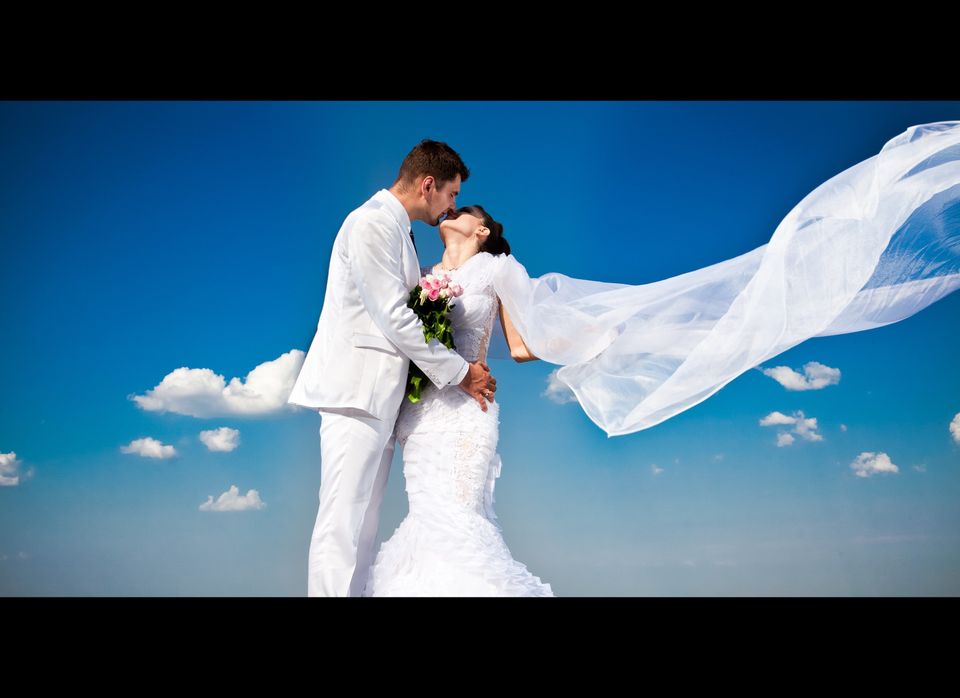 1 / 6
Vast Veil
For her wedding to Ferdinand Pucci near Naples, Italy, bride Elena De Angelis wore the <a href="http://www.thesun.co.uk/sol/homepage/news/3832917/Trip-down-the-aisle.html" target="_hplink">world's longest wedding veil</a>, measuring a staggering 1.8 miles long. The white silk veil, which was six and half feet wide, took months to make and needed a staggering 600 people to carry it. The village of Casal di Principe came to a standstill as hundreds of people turned out to help De Angelis along the streets to the church. Her veil was so long, it would take Olympian Usain Bolt racing at world-record speed nearly five minutes to run its length.
Shutterstock