Witness some of planet's greatest wildlife spectacles, from the gathering of Antarctica's emperor penguins to the migration of immense herds on the African plains. 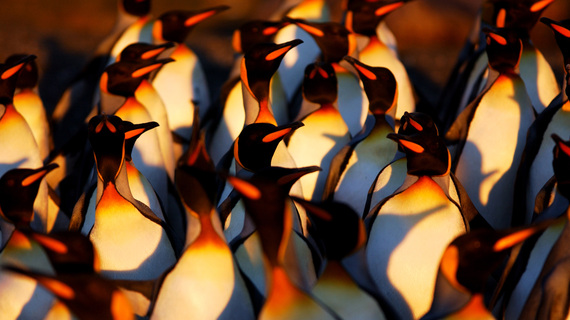 The Migration of Emperor Penguins

This species of penguin is the only one to spend all year round in Antarctica. In early Spring of each year the penguins travel to breeding sites, where they stay until returning to the sea with their chicks and spending the summer - January to March in the southern hemisphere - feeding there. On Antarctica cruises, November and December are the best months to see these colonies of emperor penguins, before the ice starts to break up and the penguins return to the icy waters.

The Season to Visit See the penguin colonies in November and December. 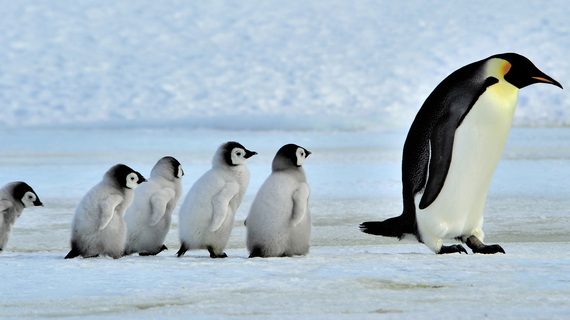 See colonies of emperor penguins on an Antarctica cruise. 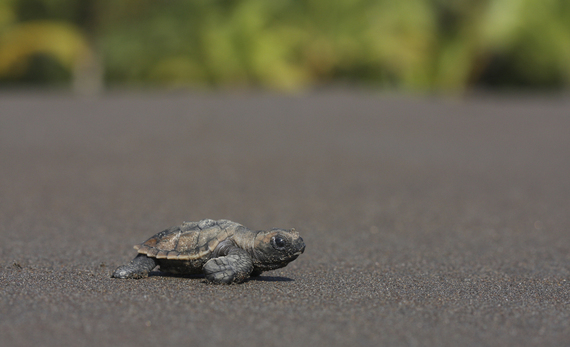 The Nesting and Hatching of Sea Turtles

Along the pristine coastline of Ostional National Wildlife Reserve on the Nicoya Peninsula, from June to December of each year a natural phenomenon called 'Arribadas' takes place in which hundreds of thousands of sea turtles come to the shore to lay their eggs in the black volcanic sand. Tens of thousands of olive ridley, Pacific leatherback and Pacific green sea turtles can arrive at a time, making it one of the largest nesting sites for turtles worldwide. Once hatched, the newly born turtles race across the sand to reach the ocean. Visit the wildlife reserve and see this astounding phenomenon by checking in at the reserve's ranger station.

The Season to Visit Travel to Ostional National Wildlife reserve between June and December. 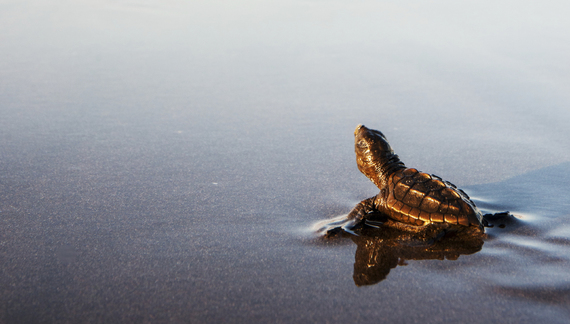 See turtles nesting and hatching on your trip to Costa Rica. 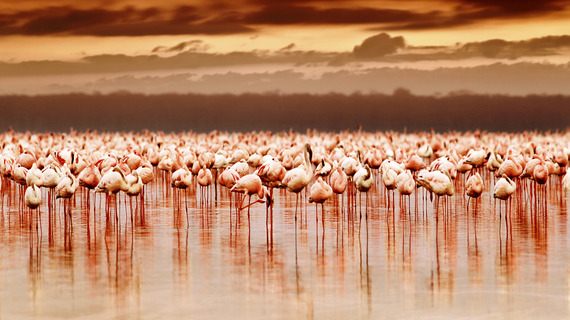 The Gathering of Lesser Flamingoes

Surrounded by savannah, valleys and volcanoes, the alkaline lakes of the Great Rift Valley are the setting for a wildlife spectacle in which as many as four million lesser flamingoes move between them, depending on the water's level of algae. Over one and a half million flamingoes can be seen at one time as they move between and feed on the lakes. Head to Lake Nakuru for your chance to see this spectacular sight. In addition to the pink flamingoes, the lakes are abundant with a diverse variety of other bird species, as an important migratory corridor.

The Season to Visit To see the flamingoes on Lake Nakuru avoid visiting in March, April and May. 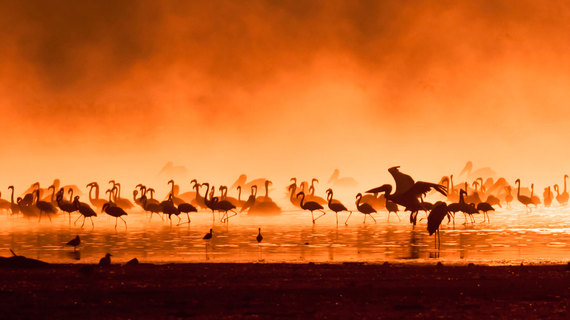 See the flamingoes by including Lake Nakuru in your Kenya safari itinerary. 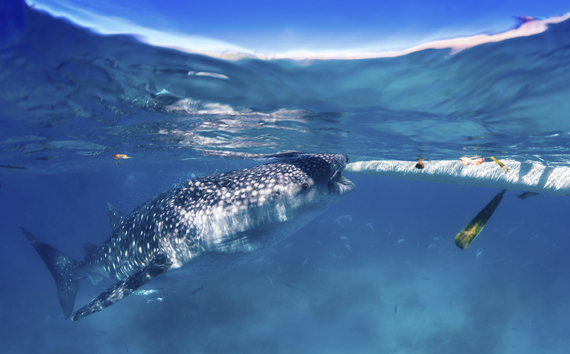 The Migration of Whale Sharks

Each year between May and September the plankton-rich waters of Quintana Roo state on the Yucatan Peninsula attract around 800 whale sharks who come to feed. These giant marine creatures, which grow up to 12 metres in length, can be seen in various locations around the world, but none can rival this specific spot for sheer numbers. Head to Holbox Island or Playa del Carmen to swim, snorkel and dive with them.

The Season to Visit For the best chances of seeing the whale sharks visit between May and September. 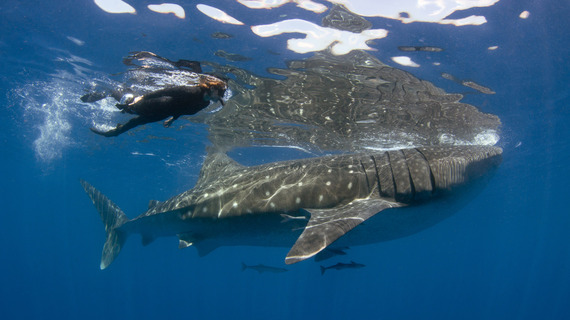 Snorkel and dive with whale sharks by including the Yucatan Peninsula in your Mexico tour. 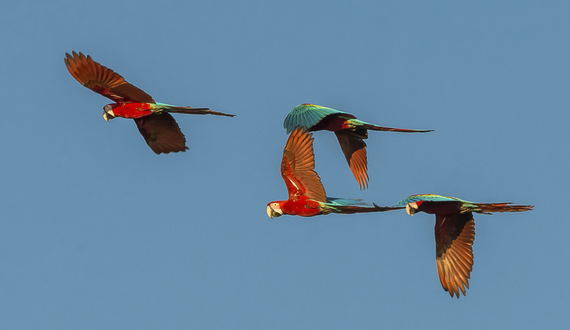 The Amazon's Gathering of Macaws

In September and October of each year, as many as 1,000 macaws arrive at Tambopata National Reserve clay lick in the Peruvian Amazon, blanketing the riverbank in colour. Stay at a riverside lodge in the southern Peruvian Amazon to explore the rainforest of Madre de Dios, before venturing into Tambopata National Reserve to see the gathering of macaws.

The Season to Visit Stay in the southern Peruvian Amazon in September or October to see the macaws. 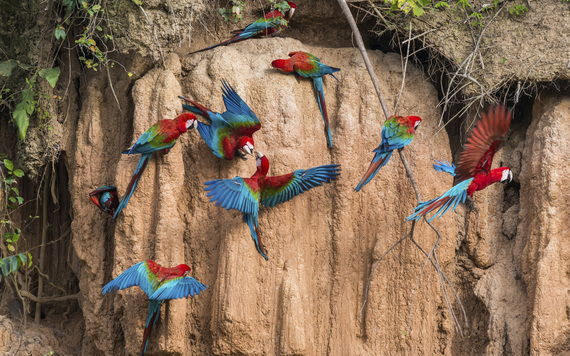 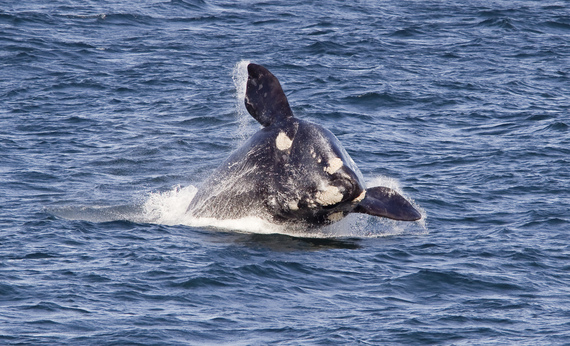 The Migration of Southern Right Whales

See southern right whales in the sheltered bays of South Africa's coastline, as they migrate each year from Antarctica. While the Whale Route stretches all the way from Cape Town to Durban, Walker Bay is the most popular vantage point to see the whales from, as they breach as close as 50 metres from the shore. As a result, the region is known for having the best land-based whale watching worldwide, with humpback, bryde's and killer whales also passing through.The community here celebrates the arrival of these whales with Hermanus Whale Festival, hosting music and comedy performances, as well as whale watching tours.

The Season to Visit Travel along the coast between June and November to see whales from the shore. 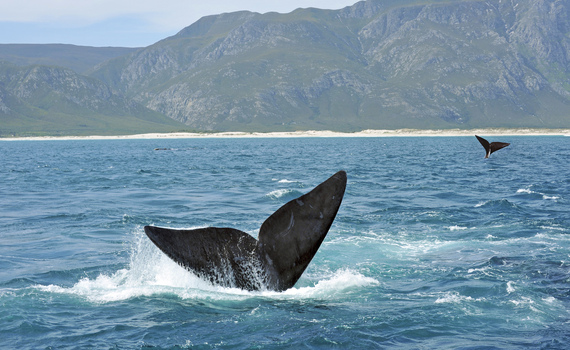 See southern right whales from the shore by including Walker Bay in your South Africa travel itinerary. 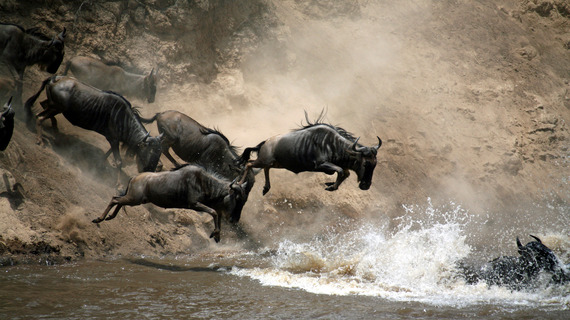 Stretching from northern Tanzania to Kenya's Maasai Mara, the Serengeti is the setting for the world's largest land migration of mammals, which has been named one of the Seven Natural Wonders of Africa. From January to March of each year wildebeest gather in Tanzania's Ngorongoro Conservation Area for calving season, when the rain provides grass for around 260,000 zebra and 1.7 million wildebeest, followed by 470,000 gazelles and an abundance of other game. In May the herds move northwest, before crossing the Grumeti and Mara rivers in July to arrive in Kenya for the dry season. As the rain arrives in November, the herds move south again, until they are back on Tanzania's grass plains in December, in time to begin calving again. 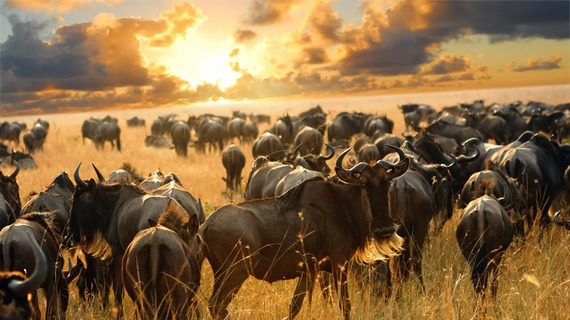 Coincide your safari with the great migration on Kenya and Tanzania tours.