October is Domestic Violence Awareness Month. For the past 18 years, my organization, the Violence Policy Center, has published an annual study on the most horrifying aspect of domestic violence: women who are murdered by men.

Year after year, one important fact we've learned is that in America, fatal domestic abuse is closely linked to the easy availability of firearms. The most common weapon men use to murder women is a gun. As a consequence, a key part of any policy to reduce fatal domestic violence should be ensuring abusers do not have guns.

Based on our most recent study released last month, here are seven key facts about fatal domestic violence in America.

Faced with these statistics, the likely NRA response is that women should purchase guns to protect themselves. In fact, the use of guns in self-defense is extremely rare. Research shows that having a gun in the home actually increases the danger to women. One peer-reviewed study found that females living with a gun in the home were three times more likely to be murdered than women in homes with no gun.

3) Women murdered by men are nearly always killed by someone they know, and the majority by an intimate partner. Many assume the proverbial "stranger in the alley" is the greatest threat to women's lives, but it's far more likely the danger will be closer to home. In 2013, for homicides in which the relationship between the victim and offender could be identified, 94 percent of the women killed by men were killed by someone they knew. In 62 percent of these cases, the victim was the wife, common-law wife, ex-wife, or girlfriend of the killer.

4) Most of the murders of women by men are not related to another felony, such as rape or robbery. In 2013, when the circumstances could be identified, 85 percent of these homicides were not related to the commission of another felony. Most often, women are killed in the course of an argument between the victim and offender.

7) State and federal leadership is urgently needed to stop fatal domestic violence. These grim statistics make it clear that violence against women is a national crisis. Fortunately, there are proven strategies that can make a real difference in curbing this violence and saving women's lives.

Several states have recently passed or are considering new laws and policies to ensure that domestic abusers do not have guns. South Carolina enacted a new law earlier this year in response to years of high rates for women murdered by men and a Pulitzer Prize-winning series in the Post and Courier newspaper. While state action is encouraging, much more remains to be done. Stricter state enforcement of federal law is also needed.

At the federal level, Congress should make it a priority to adopt stronger legislation to protect victims of domestic violence. Several bills have been introduced that deserve support, including: the Protecting Domestic Violence and Stalking Victims Act of 2015 by Sen. Amy Klobuchar (D-MN); the Lori Jackson Domestic Violence Survivor Protection Act by Sen. Richard Blumenthal (D-CT); and, the Zero Tolerance for Domestic Abusers Act by Reps. Debbie Dingell (D-MI) and Robert Dold (R-IL).

No woman should ever live in fear of her life under the threat of domestic abuse. Throughout October and beyond, we hope our research educates the public about fatal domestic violence as we call on our leaders to take effective action to prevent it. 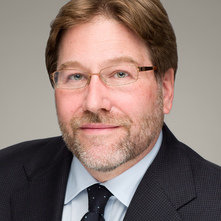