It's always exciting researching stories of success, because every story hides new solutions. I remember having to deal with the most annoying thing in my life when I was 18 -- being alone. I didn't have any other choice than asking for interviews from people who were appealing to my blog. (At the time I had around 200 reads... of course I was the one who created 150 page downloads from it). I had to see that there were people achieving their dreams, because if they could do it, why wouldn't I be able to do it too? I had to see all the mistakes they committed to can learn from it. Later I needed more help; I had to see that nothing is impossible and that anything can work in big as well. I will never forget the moment when I first came across Oprah. It was a rainy afternoon in the Netherlands when I accidentally switched on the TV and she was there. I started to watch it. I remember, when the episode of the day ended, I run up the stars, grabbed my laptop and brought it down to the living room with me. I started to search and look for more because what I got just wasn't enough for me. 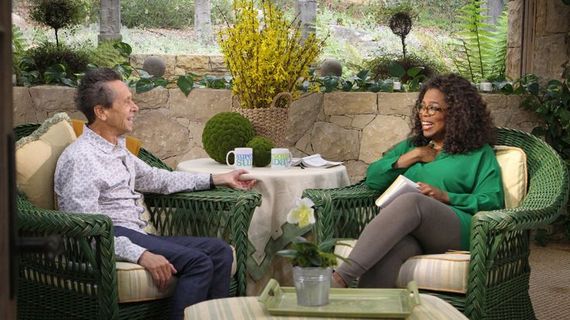 I watched through the interview Oprah made with Brian Grazer so many times, because the intrepidity that permeated his life was incredibly inspiring for me. Brian Grazer is one of the most well-known movie makers of the world with an unbelievable amount of awards and admissions in his hands. (For example he got nominated to the Emmy Awards 133 times). The Imagine Entertainment what he created with Ron Howard brought over 13 billion dollars as an income. People like him, who have such a great amount of success for that long, deserve to be paid attention to. I collected some of the most useful tips from the interview -- maybe it will help for you too.

1. Believe in your goal religiously!

Are you capable to believe so much in something that not even a thousand "nos" takes your passion away? Brian was rejected and laughed at by over a 1000 people through seven years after pitching his movie, Splash. And they didn't just laugh at him. They said he was insane, they didn't understand how can somebody has such an idea. As he couldn't succeed for years, he decided to change on the way he was presenting -- he ended up having great success.

2. Turn your goals into habits!

It's worth trying, at least for a couple of weeks, making a quota for you about your goals each week. Talking about Brian, he met and talked with a certain amount of people each week. If he didn't do it, he felt that he failed doing his task and his whole week was useless. He used the stories to create his movies or sometimes just to simply calm his curiosity.

Imagine what would happen if instead of having uncomfortable and forced chats you would be honestly interested about the other person's life? Imagine if you would want to know all the difficulties he is facing each day, how he is getting over them, what habits he might have or what it is that makes him happy. You can learn much more from other people's lives than what you would ever think, because they can change the way you look at certain things.

Find something in your life that can give you magical powers, because sometimes that's the only thing we need. A personal example: As a kid, I always got told that I am special and I am going to achieve big things. Brian Grazer's grandmother was telling him the same thing over and over again. If you are able to find something in your life that is strong enough to keep you having faith, you will win.

5. Don't take anything for granted!

You can never know for how long the situation is going to take that you are in at the moment -- this is true for good and bad. If you can look on life from this perspective you will be able to stay opened and friendly with the people around you, because you won't put yourself over them.

This is the other very important thing: Everybody is equal and you are not supposed to ever make anybody feel that he/she is worth less than you. If you are able to look at everyone with love, the butterfly effect will start to work, and you will be making a difference. 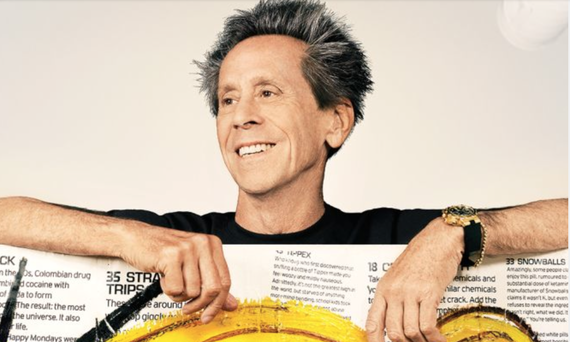 In most of the cases the thing giving you opportunities is not going to be your talent or your knowledge -- but your attitude. Brian came from a little city and started with handing newspapers out -- but not in the usual way. He said firmly at the reception that he is just giving the newspaper into the hands of the consignee, independently if it's the director itself or anyone else. Because of the attitude he had nobody saying no for him -- and this led him to get to know everyone in the business really quickly, even if he wasn't related to anyone famous. He learned new things day by day and took in everything about the film industry.

"Everybody could put a pencil down to an empty page" -- and with this sentence, said by one of the directors at Warner, everything began. He didn't have anything just ideas -- but for a character like him it was more than enough.

7. Know that you have something that nobody else has!

I know how it feels when you are trying to feel yourself good in a group where you are unable to comment on any of the topics coming up or you feel that you don't belong there. What if you would just calm down and just accept that you have something in you that nobody else has? From that moment on, when you are able to listen to the other's conversations with being opened, curious about their lives, you won't have any problems. People like to talk about themselves -- and if you are able to make them talk -- you already have your superpower.