Last summer I moved back to America from Germany where I lived for three years. While I lived there I missed America, but now that I'm back, I realize there are a couple things that Germans get right, and that need to be in America.

In Germany there are bakeries on practically every corner. I lived in Stuttgart, a pretty big city in the south of Germany where I could see three bakeries just by looking out the window and swiveling my head slightly. There was a bakery across from my house that my brother would walk to every afternoon to buy loaves of dark German bread for dinner. I like German bakeries, but the thick, dense Schwarzbrot (dark breads) are not very easy to snack on. I prefer French bread and sweets. My parents liked that bread though so, of course, that's what we bought every day. By the time we left Germany, the young women who worked at the bakery knew my brother by name, but they preferred to call him "der kleine Amerikaner", the little American.

A bakery also used to come to my school so that students could buy fresh baked goods for morning break (this did not replace the terrible school lunches though...unfortunately). Every day my friends and I would rush out of class to try to beat the line of students and teachers who were always waiting to buy Brezeln (see below), croissants, cheese rolls, or sandwiches. We would all stand in line, scrambling through our wallets to try to find a loose Euro.

Bakeries are a great way to get quality, fresh food on the go, and at an affordable price for teenagers and kids. On top of that, who doesn't love being able to buy a piece of cake at every corner? 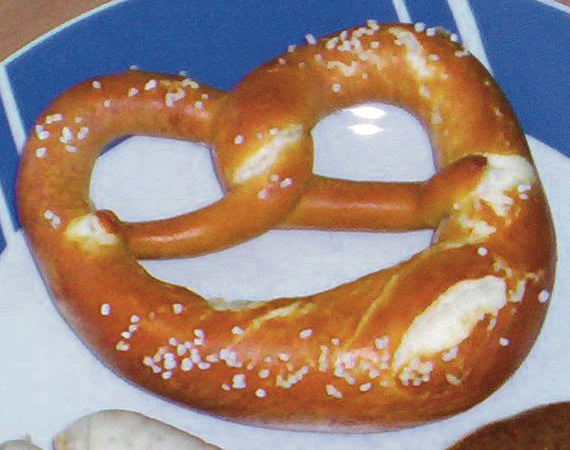 At these bakeries you could buy an assortment of baked goods from meat sandwiches to the aforementioned cakes, but my favorite baked good by far were Brezeln. Brezeln are giant pretzels - two hand spans wide. They're made out of bread that's been boiled then baked - but they're much better quality and more substantive than the enormous pretzels Americans can buy at amusement parks. Usually they're eaten with pats of butter inside, which tastes way better than it sounds!

Brezeln are the go to snack for most - costing only one Euro (the rough equivalent of one dollar). Every day when the bakery came to my school, you could find a Brezel in the hand of every other student. I also used to buy a Brezel on my way home from tennis. I would stand in line at the bakery inside the train station and fumble around in my tennis bag for a Euro. I'd eat the top of the Brezel first, saving the best part, the bottom with the pat of butter inside, for last.

In Germany there are three forms of public transportation - SBahn (metro), UBahn (trolly), and buses. As long as you're not in the middle of nowhere, you can use these to get anywhere without much walking. Everyone uses public transportation, to go to school, work, shopping, or visit friends. It saves money, the environment, and is more convenient. We do have public transportation in America, but it's nowhere near as widespread; plus the buses don't come consistently every 15 minutes or so like they do in Germany.

In Germany I'd use the S-Bahn everyday to get to and from school. They never had enough air-conditioning in the summer, but it did take less time than driving and there were very rarely sweaty men stinking up the place. Every Thursday I would use bus 44 to get to dance from my school, and on Tuesdays I would take the U-Bahn to get to tennis. One of the best things about the public transportation was that there were signs at every stop telling you when the next bus or train would come and giving a map of the route. This made it easier to get someplace new without a ton of planning.

Due to public transportation and less paranoia, minors have much more freedom in Germany than in the US. In America, if you don't have a car you're walking everywhere unless you can convince a parent or friend to drive you. In Germany however, minors can use public transportation to get anywhere on their own. My brother started using the train by himself at 9 years old.

Americans are also more protective. I've taken piano in both Germany and America. In Germany I finished at 8:30 pm, and it was expected that I would take the bus home alone. My teacher even recommended what bus I should take. In America, my teacher insisted I stay at the school when I had to walk two blocks at 8:00 pm one day.....when I was 16.

Germany might be safer than America, but if so, it's not by any drastic amount. There is no danger in minors being alone - as long as its in public areas - and how many of us have to go into a dark alley to meet a friend?

In Germany there are numerous fests, or festivals, all over the country. Different regions have different festivals, and they are a great way to see the different cultures of the regions. Near my school for example, there was a fish fest, which might sound weird, but I can tell you, they had amazing fish and chips!

There are some general festivals also - like the Oktoberfest. These fests boast numerous rides, food shacks, and makeshift bars. They're amazingly fun, and a perfect thing to go out and do with friends or family, as they only last a couple of weeks at most and are completely family friendly. In America we do have small town festivals, but they're never national affairs, and there are hardly any festivals in cities unfortunately. The year before I left Germany I went to the Oktoberfest with some of my classmates and we dressed up in the traditional German dresses. We weren't just the random weirdos wearing bizarre attire though, about half of all the people at the fest were dressed in either Lederhosen or Dirndln (basically what the children wore in The Sound of Music). We took the train to the fest, and spent an afternoon going on rides and eating food from the different stalls. It was one of the best afternoons before I left. 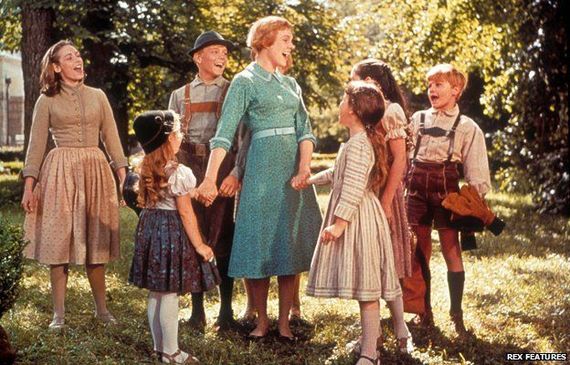 Advertisement
Apfelschorle is basically sparkling apple cider. It comes in plastic bottles like coke bottles, and can be found in Germany at any vending machine. It's my favorite soda, and we don't have it in America. This needs to change!
Download
Calling all HuffPost superfans!
Sign up for membership to become a founding member and help shape HuffPost's next chapter
Join HuffPost