Last week, readers were treated to a sneak peek of Seventeen magazine's March issue, where cover girl Selena Gomez was named No. 1 of Hollywood's most powerful girls 21 and under. Today, the magazine released the full list of honorees, which includes Sel-Go's BFF, Demi Lovato, Gabby Douglas and (newly minted Grammy-winner) Lorde.

Scroll down to find out which 17 superstars made the cut and to view photos of Selena. Head over to seventeen.com for more and pick up the March 2014 Power issue, which hits stands on Feb. 4.

The Selena of 2014 is owning her place in the world. Selena, 21, is not only a star actress and singer, but she is also designing clothing lines for Kmart and Adidas, she heads a movie production company, she's an investor in a cool app start-up, has 77 million followers between Facebook, Twitter and Instagram and she's using her star power to help children around the world succeed as UNICEF's youngest-ever goodwill ambassador.

This year is when I really started feeling powerful. I had always been the underdog secretly. I was on Disney when it was Miley [Cyrus], the Jonas Brothers, and Demi [Lovato]. I questioned the way I looked, acted, sang, and wrote. Then I turned 20, went through a really bad breakup, and realized I needed to have 'Come & Get It' be amazing. I wanted it all to be me. I'm glad it's taken me this long to get where I am because now I am ready for it."

Demi, 21, had a No. 1 song, judged 'The X Factor,' and scored a best-selling book! But it's her support of girls suffering from self-harm and addiction that puts Demi so high on the list.

Demi, on when she feels badass:

When I'm being influential to people who really need some guidance. I could keep my self-harm and addiction issues private, or I could use them to help other people. I chose the latter, and it's been the best decision of my life.

From her jaw-dropping VMA performance to her super-emo hit single, "Wrecking Ball," Miley, 21, proved that doing things on your own terms is the best way to live.

Victoria, 21, is making serious noise to protect girls' rights around the world. She traveled to Guatemala with the UN Foundation's Girl Up organization and blogged about sexual violence, girls' lack of access to education, and inequality with boys in their communities -- raising awareness and funds to help girls succeed.

Sure, she's an in-demand Hollywood actress, but what's really powerful is how Chloe, 17, speaks out about the bullying her gay brothers have experienced and how no one should have to go through that.

6. Karlie Kloss "The Model on a Mission"

She owned the Victoria's Secret fashion show runway and NYC (her billboard wraps around the biggest VS store in the world!). But Karlie, 21, is really proud that her Karlie's Kookies business supports Feed (more than 260,000 meals given to hungry kids!).

Karlie on being powerful:

For me, being powerful is way more than this career built on physical beauty.

Her Olympic win was two years ago, but Gabby, 18, hasn't powered down. She had her second best-selling book and was tireless in her work for Right to Play, which uses sports to help empower kids from disadvantaged communities.

Talk about selfless! Ashley, 21, is so committed to ending hunger and homelessness that she ate just a bowl and a half of rice and drank only water each day for a week as part of the Live Below the Line Campaign to bring attention to the pain of poverty.

Lorde, 17, earned music-royalty status this year when she channeled her opinionated voice into a self-written single that ruled the charts.

Her unique beauty (those eyebrows!) is in demand, from Chanel to Stella McCartney. Pair that with her IDGAF attitude and Cara, 21, is one of today's biggest and most relatable models.

The 20-year-old spends hours chatting with her 35 million social media followers - no surprise that all those fans have carried her album to a number one debut and made her show, "Sam & Cat," a huge hit.

Youngest 'DWTS' contestant ever? Check. (She's 17!) Hit single on debut album? Check. Starring role on her own new Disney show? Check. This power girl literally does. It. All.

Kate's major curves have graced the covers of Sports Illustrated's swimsuit issue, Vogue, and Elle -- proving that loving your body, not shrinking it, is seriously powerful.

We've watched Ariel, 16, grow up on TV's most lovable (and successful!) "Modern Family." And last year, she handled herself with major maturity in the face of family drama.

She's been acting since age 3 and scored an Oscar nom at 10, but at 17, Abigail is just getting started sharing her true self with the world -- see her recent outspoken tweets about everything from boys to fashion.

Even as her first single, "Fighters," blows up, she has a passion for helping seriously ill kids. Carly, 14, channels her 'X Factor' attention into fund-raising shows for The Starlight Children's Foundation.

This actress-singer, 21, is a workhorse! From starring on "Good Luck Charlie" to dropping hit songs, Bridgit doesn't rest when she gets a taste of success. With her star just beginning to rise, she's earning power in the world by making her own luck. 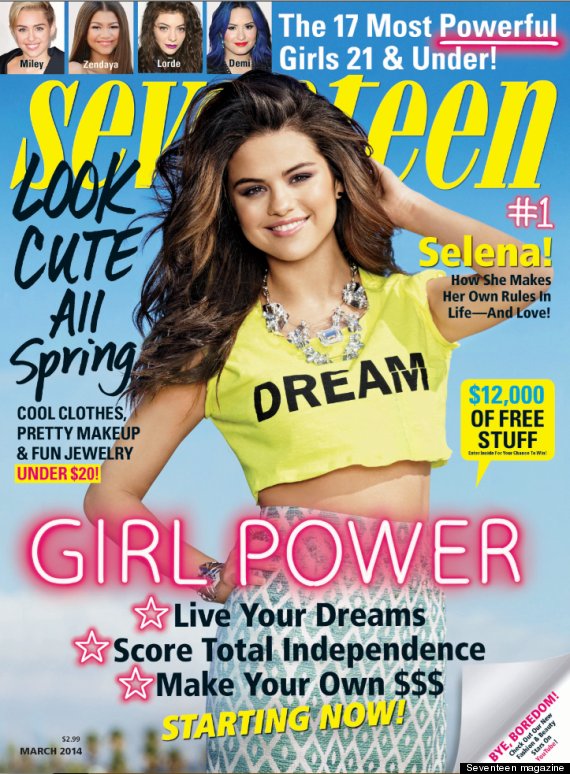 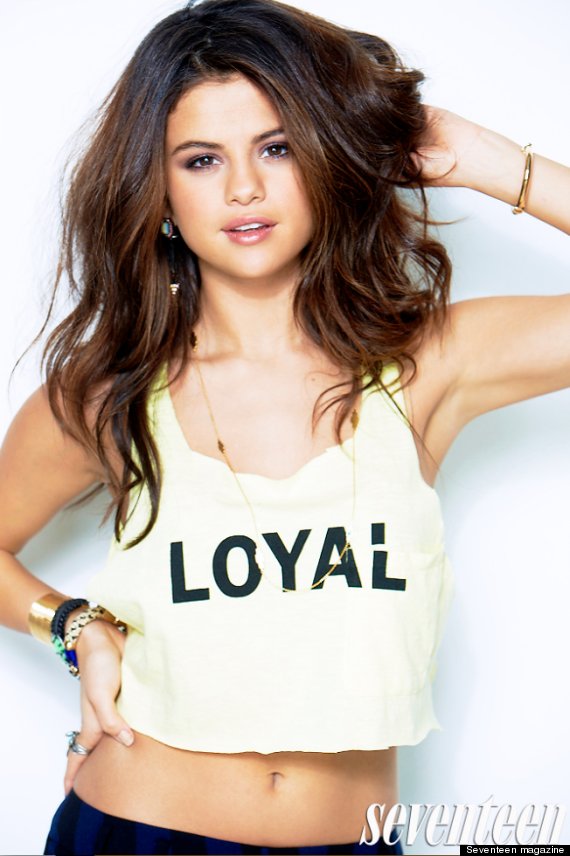