At a friend's bar mitzvah one hot summer day in the 1970s, one of my middle-school classmates wheedled a bartender into making us a tequila sunrise. This three-level cocktail, a recent invention back then, flared triple-decker scarlet-orange-ice-cube-white in its clear plastic cup like the chemical miracle it was.

What kid would not love something so lustrous? What kid would not drink something so new and forbidden whose very name was synonymous with cool? What kid, having never previously tasted any alcohol besides ritual wine, would not at the next possible opportunity seek another such drink? And another? What kid, not knowing good spirits from bad or actual grenadine from FD&C Red corn syrup, wouldn't spend the next ten years quaffing tequila sunrises, feeling weird after every one, and deciding this was all tequila's fault?

We who reached drinking age before artisanal spirits were widely available to the general public formed our opinions about cocktails based mainly on gutter-quality versions of their components. Lately I started thinking that I owed tequila sunrises another chance.

As a showcase for agave-based spirits, "the tequila sunrise is not highly recommended," said master mixologist Scott Beattie, author of Artisanal Cocktails and bar manager of Goose & Gander in St. Helena, CA. "Because for so many years it has mainly been made with bad tequila, cheap orange juice and super-sweet syrup, the tequila sunrise isn't regarded as a particularly tasty drink."

Beattie urged me to avoid sunrises entirely and start by sampling 100 percent agave tequila straight. He advised me to study up on Jaliscan distilleries and the intricate laws governing a spirit that he calls "one of the most highly regulated products in the world and among the most complex-tasting. You'll find notes of fruit and herb -- the terroir can be captured in agave, just as in wine grapes. Some people claim that there's a lot of difference between tequilas made from agave grown in the highlands and in the lowlands," and that tequila distilled from agave grown near the sea "actually smells a little like seawater, and has this brininess to it."

He advised me learn the differences between tequila blanco, aged only two months or less; tequila reposado, aged from two months to a year, and tequila añejo, aged from one to three years. He sagely suggested approaching añejo as if it were brandy. 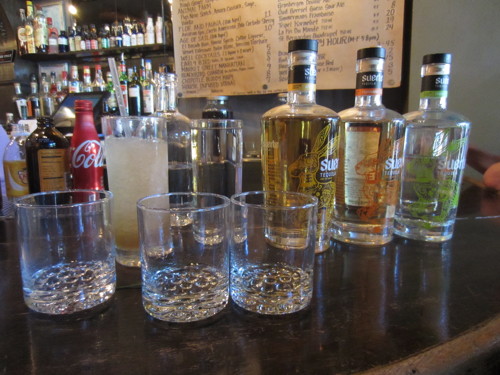 So that's what I did at San Francisco's Blackbird Bar, sampling Suerte -- a new tequila brand founded last year by two Coloradans and derived from 100 percent blue Weber agave grown in the Jaliscan highlands. After being slow-cooked in a traditional brick oven for 52 hours -- more than quadruple the minimum required industry standard -- agave hearts destined to become Suerte then spend an astounding sixteen hours being crushed in a traditional tahona, the stone wheel-and-channel device seldom seen in tequila-making today.

These remarkable liquids bore as much resemblance to the tequilas of my youth as manchego to Cheez Wiz. The clear blanco tasted brilliantly bright. The blonde reposado tasted slyly smoky, with a hint of honey. The exciting amber añejo evoked flowers and caramel, borne on a hot desert wind. Then bar manager Gina Schuarte concocted an all-natural sunrise. 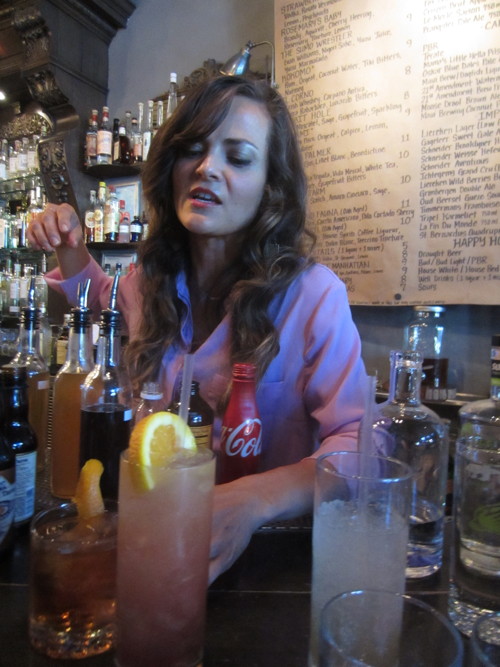 It blazed gently on the tongue like sweet spicy fire.

And it gave me an idea: Ask modern-day mixologists for their new takes on this now-controversial, much-mocked classic cocktail whose shameless sweetness and no-secrets vividness evokes bell bottoms, Jaws, and Jimmy Carter. My search yielded treasures beyond belief: I now give you Seventeen Tequila Sunrises: 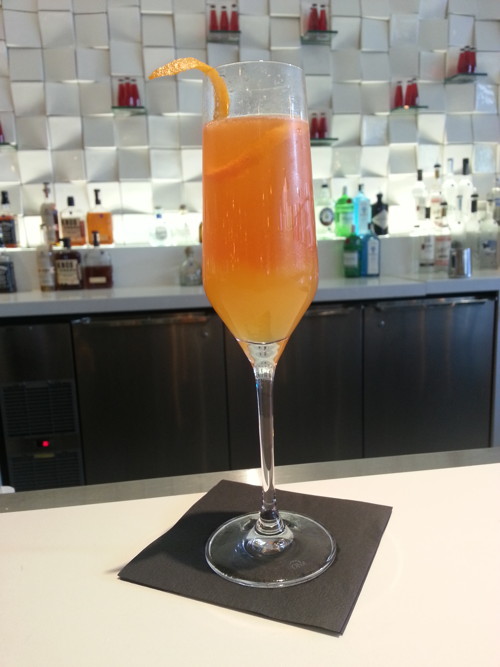 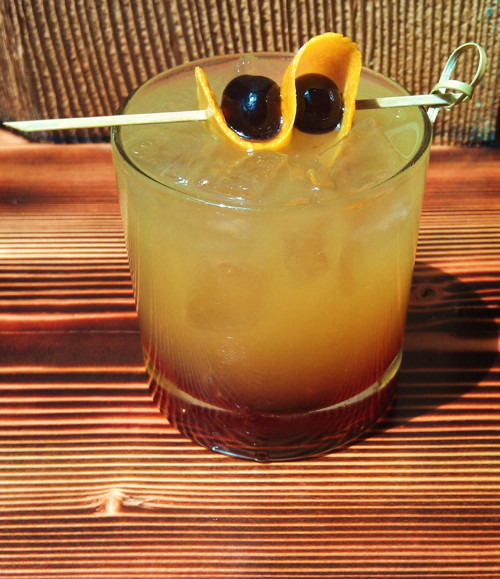 3. The Gin Sunset served at FIVE in Berkeley, CA uses gin instead of tequila to create a sharp, crisp flavor. Its base layer comprises gin, grapefruit juice and agave syrup. Orange juice is floated for its central layer and lemon juice is floated for its top layer, with a sink of Maraschino grenadine and pomegranate syrup for the red spot at the bottom. The drink is assembled in a coupe glass because its globular shape resembles the sun. 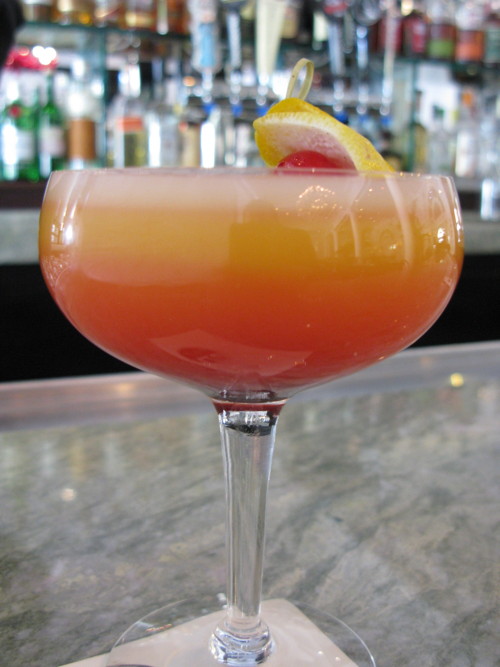 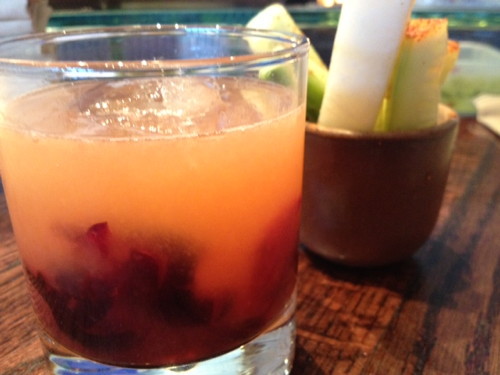 7. The Amanecer, served at Two Restaurant & Bar in Chicago, is made with Don Julio Blanco, Jack Daniel's Tennessee Honey, peach purée, raspberry syrup and muddled mint, served in a tall glass and garnished with an orange rind. Its name means "daybreak" in Spanish. 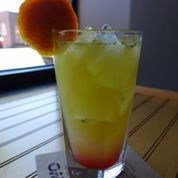 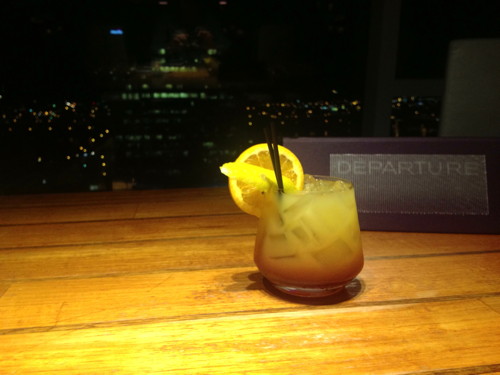 10. The Tequila Sunrise served at Bocanova in Oakland, CA has a cream-sicle quality as it comprises tequila, orange juice, simple syrup and egg whites mixed together and poured over ice, topped with soda water and a quarter-ounce of grenadine.

11. The Grecian Sunrise served at Dio Deka in Los Gatos, CA is a Greek version of the classic sunset, comprising Aphrodite ouzo, fresh orange juice and a splash of grenadine. 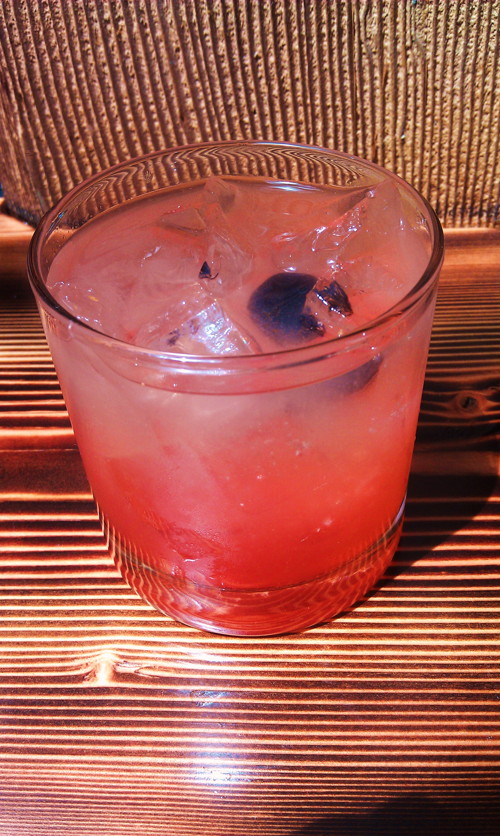 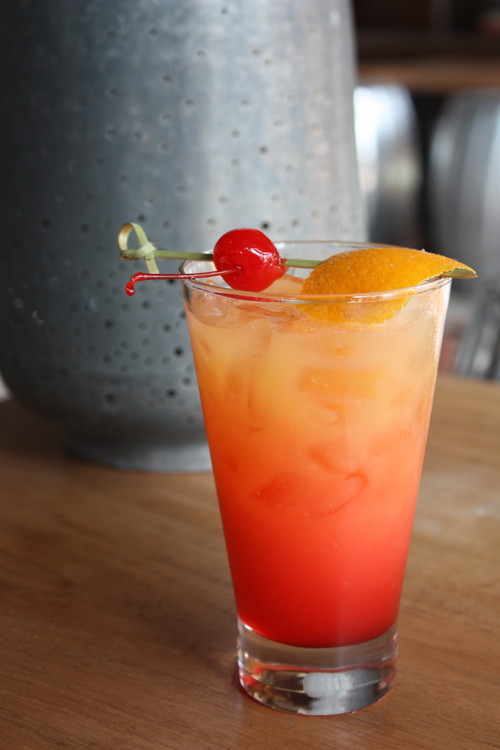 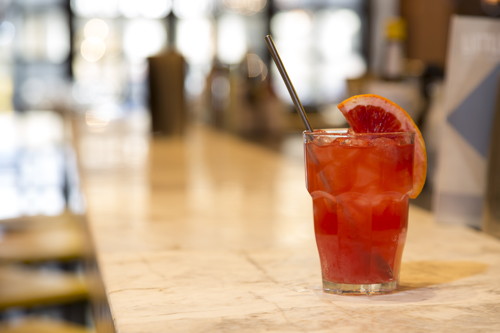