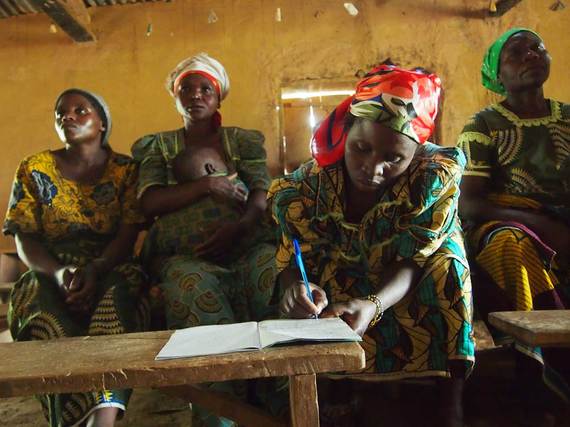 In March 2015, the World Bank will publish the second draft of its Environmental & Social Framework. While that may sound simply procedural, the draft framework is an important document that lays out the safeguards the Bank and its funding recipients need to meet when funding development projects. It is these safeguards that help to ensure the Bank is not contributing to human rights abuses, environmental damage, and/or further economic development that is not sustainable. The safeguards are meant to benefit people, and we need these safeguards to have real meaning -- not just words on paper.

The first draft of the Framework was released in July of last year -- with glaring omissions. For one, there are no built-in safeguards for women and girls. Strong safeguards for women and girls are fundamental to ensuring democratic, sustainable, and equitable development for all. This fundamental safeguard is long overdue, as the Bank will soon mark its 75th year. In truth, women and girls around the world continue to experience discrimination on a much larger scale than their male counterparts -- including higher levels of sexual and other violence -- and earn an average of roughly 20 percent less than men.

As women from across globe, we know full well the value of and the need for a stand-alone gender safeguard from the World Bank. When faithfully and fully executed, it will prevent and mitigate the negative societal impacts and project externalities that can result from Bank projects. Negative impacts affect women and girls at a much higher rate. This is especially true among marginalized populations and people living in poverty. And in most countries, including where the Bank finances projects and development, women and girls are often overrepresented among the poorest and most marginalized. It is all but impossible to combat poverty and exclusion without effective safeguards that target woman and girls.

The data on gender inequality is well known inside and outside the World Bank. The Bank is committed to promoting gender equality and needs to take action to back up its commitment to confronting this problem. Adequate safeguards tackling women's needs and interests are a piece of the puzzle and a real part of the solution. This would ensure women and girls are able to benefit equally from World Bank financed development projects. And it would ensure women and girls do not get systematically cut out of the economic development the Bank is entrusted to generate.

For the past 70 years, the World Bank has strived to foster worldwide economic development, all while taking care not to cause undue harm in its wake. It has had some great successes and some humbling defeats. Now, in 2015, it's time the Bank makes good on its promise to ensure women are not harmed by but rather can contribute to and benefit equally from Bank investments.

To meet this goal, the new draft Environmental & Social Framework must at minimum include a stand-alone gender safeguard. Without this critically important step, we cannot continue to believe that the World Bank is taking its commitment to gender equality seriously. And that would be a true catastrophe, not just for women and girls but for a safer environment and a more democratic and just world.

Marcela Tovar-Restrepo
Board Chair of Women's Environment and Development Organization