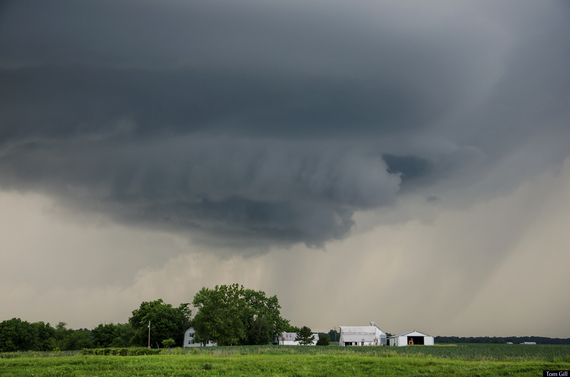 While I'm by no means a storm chaser, I'll certainly take any opportunity that comes my way to photograph a storm. I've seen quite a few interesting cloud formations produced by severe weather, and since I have my camera with me almost everywhere I go, I've been able to capture some to share. 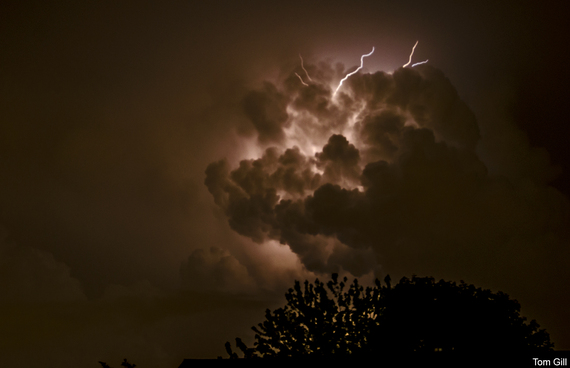 A recent severe storm developed a few miles south of me, and remained static for hours. This system produced very frequent lightning in the same area for almost three hours. As I understand it, the cold front producing the storms stalled, so the storms developed in place but did not move away quickly. This was a great opportunity to capture some lightning photographs, and also to view some unusual clouds in the sky overhead. 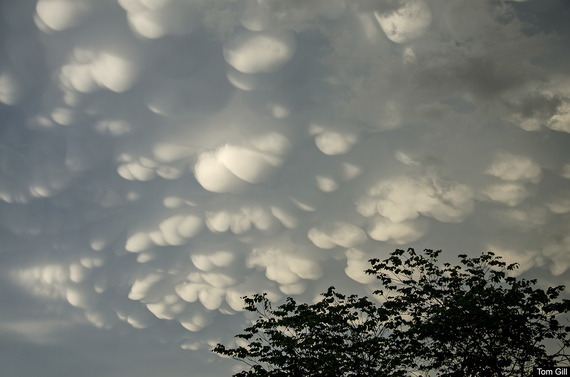 Mammatus clouds are formed at the bottom of anvil clouds - the cumulonimbus clouds which produce thunderstorms. Unlike most clouds which develop in rising air, Mammatus clouds form in sinking air, and are rather rare. In some cases, such as this recent storm, the clouds can last for hours; these lasted well after sunset. 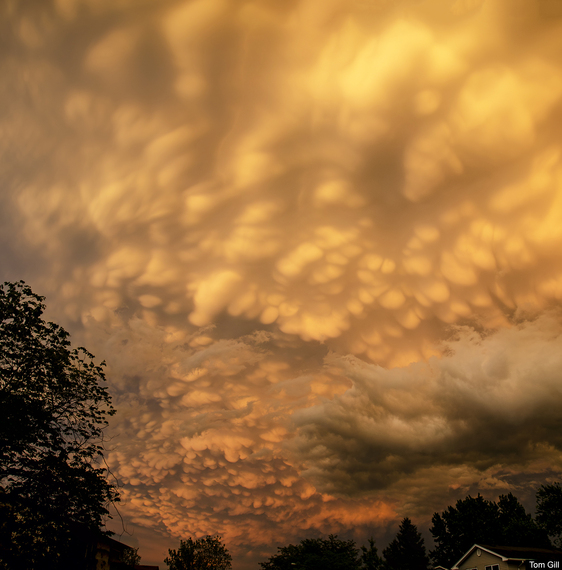 As the sun set, the mammatus clouds took on the yellow color of the setting sun, producing a golden sky above that stretched from horizon to horizon. 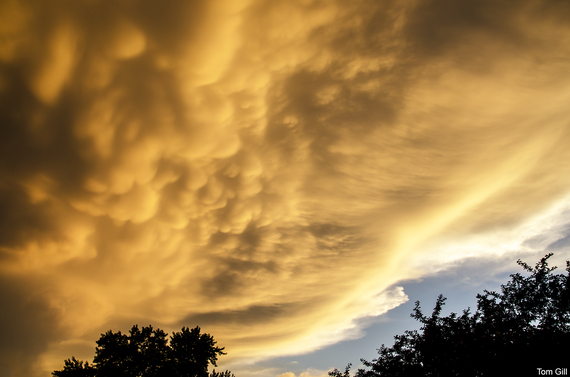 The frequency of the distant lightning - a flash every four to six seconds - produced quite a show in the night sky. Unlike a close storm, the lightning illuminated the clouds from within (as seen from our vantage point) outlining the clouds with bright light. 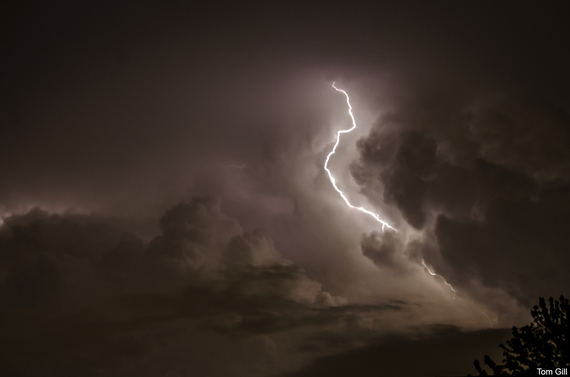 Illuminated by the lightning, some cloud formations took on the appearance of a distant galaxy seen from a deep space telescope. 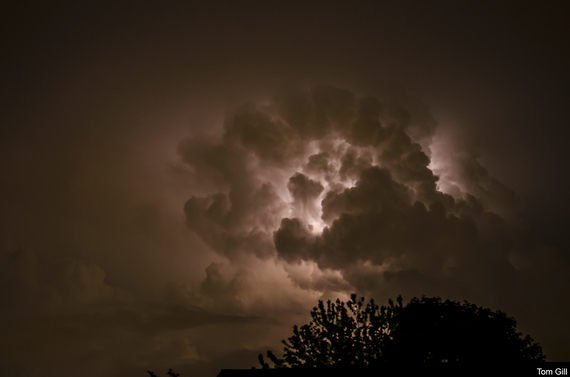 Previous encounters with approaching storms were rather brief, as the storms made their way toward my position. Lightning, wind, and rain generally force me to seek shelter upon the arrival of severe weather. But most often, I find the cloud formations far more interesting before the storm arrives. 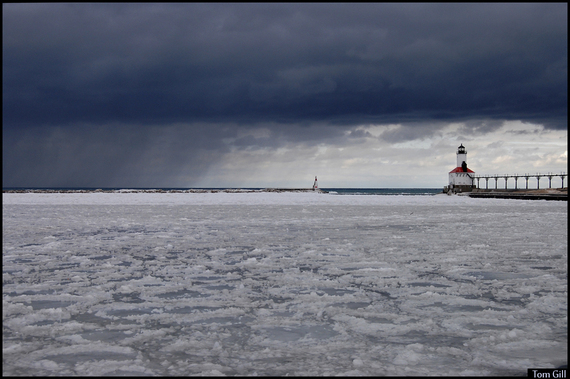 One of my favorite things to do is to watch a severe storm move toward my location. The darkening sky changing every few seconds, the flashes of lightning and rumbling thunder getting more intense as the storm draws closer. First to arrive are the winds - often very gusty - carrying with them the fresh aroma of the rain and damp earth. Once the winds arrive, the rain is not far behind. By this time, the formations in the clouds are overhead and no longer defined, just dark gray clouds - the perfect time to head for shelter as the downpour begins.