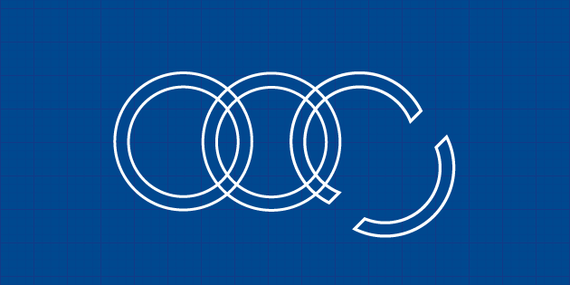 I used to joke that the world is full of single gay men who can't host. I still say the line but no longer think it's a joke.

Nowadays I'm bombarded with date and hook-up requests from devoted, loving, legal male partners with children and country homes and happy Instagram holiday photos, and an appetite for single-man sex as big as their stock portfolios.

But is it worth it? Aye, there's the Boy Butter rub.

Married is the new single and one of the lesser-discussed post-Doma revelations. Back in 2010 "The New York Times" released a study saying that approximately 50 percent of gay and lesbian couples had sex outside the relationship, with the consent of their partners. Judging from personal experience, I'd say the numbers have significantly increased.

Who new "Open Relationship" would be the new "sup?"

The trend started in predictable hookup-site ways ("discreet" anyone?), social media's equivalent to the sex-in-the-shadows proclivities of closeted gay men, men in "monogamous" relationships, and female-married men. It was a step above the steam-room romps and the bar dates eons away from his neighborhood and conveniently next-door to your apartment. And any Fire Island Pavilion night before hubby's ferry arrival.

With equality comes choice, and gay men are redefining what a legal love commitment entails. Parents' divorces and the heterosexual-based "cheating" epidemic have altered how gay spouses are mapping out their longevity. Also, many newly married men have been together for the better part of their lives and long ago decided to spice up the sex with outsiders. That their partnerships are now legal makes it appear, on the surface, that overnight they've become sex-starved adulterers, when the truth is quite the opposite. The honesty is refreshing. Whether the single man should indulge is raising questions for our side.

The advantages of having sex with a single married man are plentiful. If Taken McGreatAss is only looking for a little love in the afternoon and you're only looking for what's inside his jeans, it's perfect. You don't have to worry about "where this is going" beyond which room you'll occupy, and you don't have to kick him out in the morning or before How to Get Away With Murder starts.

You can remain friends too, because he's not ashamed or guilt-ridden and you probably have a lot in common. If you run into him on the street with his hubby, it won't be awkward because his spouse probably already knows your identity and has invested his afternoons with someone of his own. And if you're at his home, he's not spending the entire time terrified his partner's going to walk in and discover his obsession with Nasty Pig jockstraps.

Three-ways are another oft-explored married sexual proclivity, so if Eager McSpitRoast wants to dive in, that's something you need to discuss ahead of time. It often brings up a new set of complications; jealousy, you favor one or the other, spouse isn't nuts about yours.

Sex with the Single Married Man is heightened when Burstin McBlueBalls has built up repressed steam, usually because the physical component of the marriage has subsided. He can't meet men in the usual ways because life is complicated, especially if there are children, and you're someone he trusts. It's friend-sex, not f-buddy-sex, and as long as you don't expect more (an emotional relationship with a married man is never a good idea), enjoy the fruits.

There's often a hitch when you date someone who's hitched, however, so know what, and whom, you're getting into.

It may come as a shock, but married gay men lie, just like married straight men! He might tell you about the wonderful openness he and his husband share, until all contact from you is blocked, and the next time you run into him at the gym or on the street, he scrambles for an exit route. Or husband sends you a note, calling you a slut and a disgrace to the gay community. Try and respond to clarify, and Lyin' McNoBalls will have rewritten the story.

Been there twice, and both men were gay marriage advocates. Each guy also made it clear that sex with friends was acceptable until others found out, and both men initiated the sex. It was my gay Monica Lewinsky moment, and I learned my lesson. At the time, I was not prepared to be labeled a predator, and in a public manner. I'm certain we'll see more "blame it on the slut" situations as more men become married and desperate to re-write the consensual narrative.

Less obvious, but still crucial, is understanding the emotional toll that rejection from the married man can have on your psyche. If you're over 40, as I am, and a 20-year-old Daddy-fixated guy rejects you after a couple of encounters, you'll probably accept the fact that he's moved on to a more relationship-oriented man, and you'll probably forget about him in about the same time his last Snapchat photo lasted.

If a partnered man rejects you, especially without any logical explanation, there's another component that comes into play. Gay, married men over 40 are fast becoming the rule, not the exception, and if you're "still single" (those long-used heterosexual female-aimed terms have hit homo-land), it's easy to see it as a repudiation of your worth, not your body or your face or your sex drive. You're not a grown-up, you're not part of the club, you've got nothing of mental interest to contribute because you can't discuss parenting skills or couples therapy or the hassles of that Hamptons home.

The ugliest scenario combines the worst of some straight-now-gay attitudes toward singles. And I've been there too. Once. From a guy who found me on a dating site, no less.

It goes something like this: You like him, he adores you, he's married, you're not, he's free to have outside relationships, you're free, period. It starts out great, then goes south before you realize what's hit you. After you've dated once or twice, he reminds you that he needs that HIV test, in writing, because he has a child/husband, and can't afford to take chances. His whole life is at stake! He, apparently, does not need to reciprocate because his "conventional" lifestyle means he's pure. Then he reminds you that, since you mess around with guys, married guys, you're a slut, lucky he's willing to sacrifice his morals to fuck you. But since you take it off for anyone, and can't get a man (he doesn't ask if you like being single, because no one likes to be single), you better enjoy what you're getting, not complain, and stay super fit and perfectly groomed and not be late if he calls. If you play your cards right and remain "clean," he'll invite you to his beach house next time husband and child are away.

That guy lasted about halfway through the conversation, and I fear he's now tormenting someone without much self-esteem. Because here we are, in a new world where old, heterosexual rules are starting to apply.

The sexual playground for married gay men has grown exponentially in the past few years, because of social media, PrEP, relaxed attitudes about HIV, and a letting go of psychological and justified fears. It's grown for single gay men too, for many of the same reasons. Now it's our turn to be equals in calling the shots. So when taking up with a married gay man, sex responsibly and take care of yourself. It's a Single McMust.