Now this is a cereal that will bring out the tiger in you.

Unusual ingredients "for him" include bee pollen, black sesame, wheat germ, and pumpkin seeds, while the "for her" version has ginger, sunflower seeds, and almonds.

Peter Ehrlich, a Toronto businessman, debuted the product last May, but it began gaining popularity after appearing on CBC's Dragon's Den, a Canadian entrepreneurial TV show, this past February.

Ehrlich said he pursued his cereal conquest because he felt there was a hole in the market that needed to be filled.

“Sexual health is so important,” Ehrlich told the Toronto Sun. “I wanted to create something sexy and fun in the health food industry because nothing is. Everything is very serious.”

PHOTO GALLERY
Sexy Cereal For Him &amp; For Her

Ehrlich doesn't want his lustful breakfast to be mistaken for a novelty, "shock value" product. On his website, he writes that nutritional and quality control experts developed the formula.

But the sexy cereal doesn't lack sensuality. The brand's blonde pin-up girl and male model who grace the products' packaging make Tony the Tiger and Count Chocula look like Sloth from the Goonies.

“Initially we had some pin-up girl positions that were a little more racy," Kaiser said to the Sun. "But we dialed it back a bit because of the legitimacy of the product."

Ultimately the public will decide if the concept of sexy cereal is something they can swallow.

Peter Ehrlich Makes Gender-Based 'SEXCEREAL' For Men And Women
Sexy Cereal For Him &amp; For Her 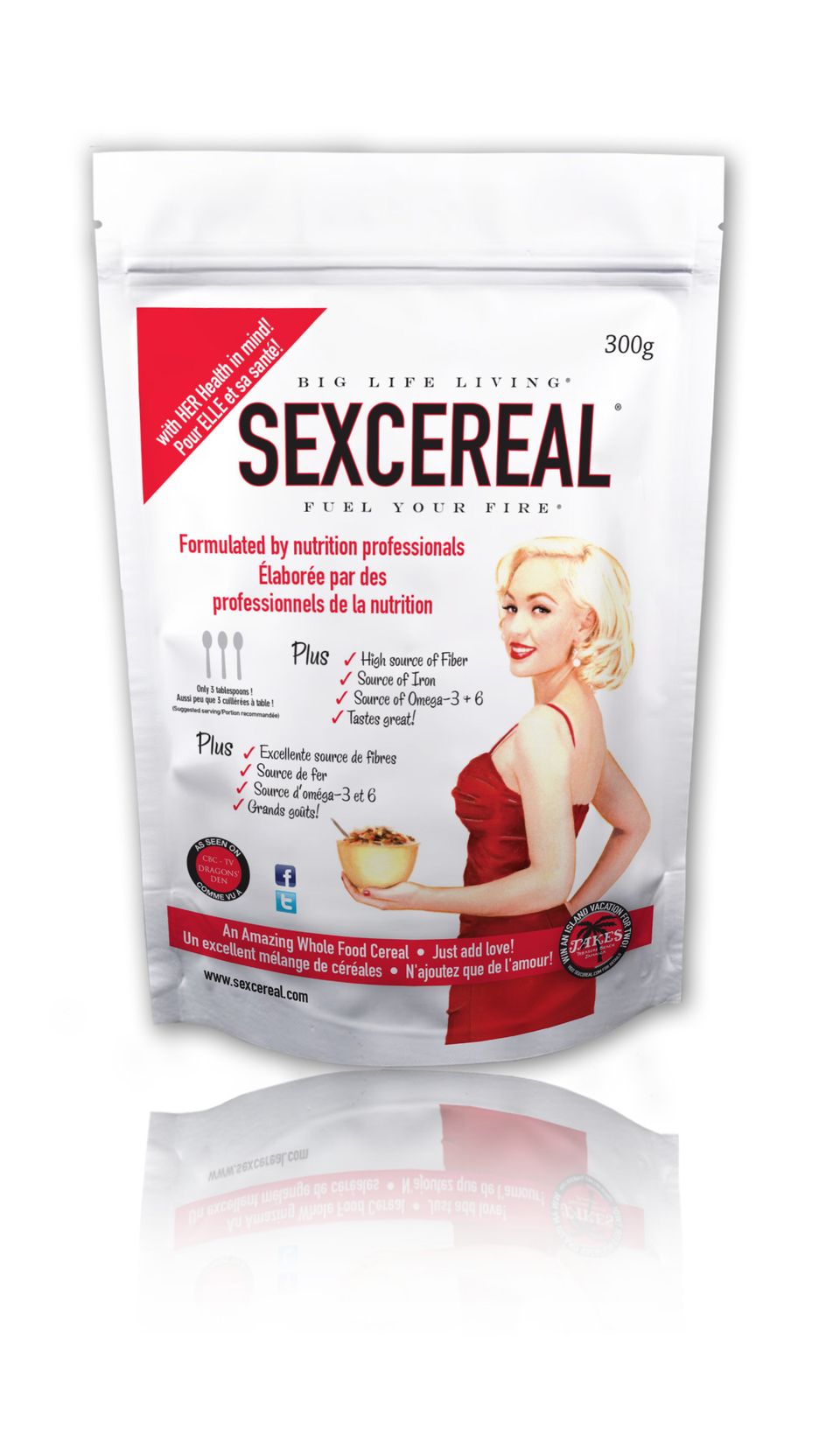