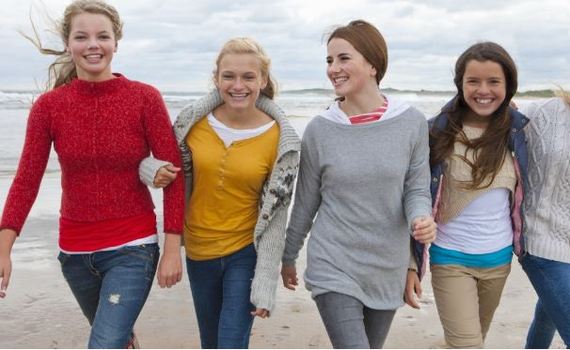 We have gone from Little House on the Prairie to Fifty Shades of Grey, yet many parents are confused about why so many young people seem to have little respect when it comes to exposing themselves.

Sex always will be sex, but today our hope for our children -- especially our daughters -- to develop strong boundaries and a sense of self-worth has become an uphill battle. The culture of sex has hit a scary trend, especially as it pertains to respect.

In Peggy Orenstein's explosive New York Times bestseller, GIRLS & SEX: Navigating the Complicated New Landscape, she delves into areas that would make many adults blush with embarrassment. Why? Because earlier generations rarely discussed the topic of sex.

How often do you really remember your mother or father naming your genitals? As Orenstein described in a NRP interview:

Parents don't tend to name their infant baby's genitals if they're girls. For boys, they'll say, "Here's your nose, here's your shoulders, here's your waist, here's your pee pee," whatever. But with girls, there's this sort of blank space -- it's right from navel to knees, and not naming something makes it quite literally unspeakable.

Today it's splashed everywhere from billboards to radio to television to the palm of your child's hand -- yes, their smartphone. Within a few keystrokes they are quickly introduced to anything they want to know about s-e-x... without your consent.

What is sex about today? What should parents be concerned about as their child uses the world-wide-web as their teacher?

GIRLS & SEX outlines some disturbing statistics as well as what you need to understand in today's climate of raising kids in a hyper-sexualized society.

2. Racy and Raunchy. Who are the role models our kids are viewing online today? Orenstein points out that 92 percent of songs on the Billboard charts are about sex. Movies and TV shows elude to a wide range of relationships that aren't role model material. As a matter of fact, they actually encourage casual hookups or other types of sexual encounters that could potentially be harmful.

• Teens and youth are becoming fearful of being unable to find meaningful relationships.
• Where has empathy gone? We must turn this trend around and help our younger generation learn that there is hope. They should look for the good in people, and not look at them as sexual objects.

3. Slut or Prude? It's sad that Orenstein discovered that girls believe they fall into these two categories. I want to go back and tell them labels are for soup cans.

This is a lot for our youth to digest. Sex is sex, but technology has amplified it ten-fold.

As GIRLS & SEX reveals, this is a very serious concern that every parent must be aware of in today's culture. It's not Leave It Beaver anymore.

The birds and bees conversation has now expanded into many hives and nests because of technology and pornography. If you don't have the conversations with your child, trust me, there are many websites and predators that will.

Earlier generations gave the sex-talk maybe once or twice at the most. My gosh, did our parents dread it! Today it's imperative to have these conversations frequently, and to constantly follow up with your teen (or tween) about their lives online -- just as much as their lives offline.

One of the most important things a parent can do is to start early and never stop talking about it.

You can't talk about sex without including respect.

"In today's celebrity driven society and looky-look culture, it's even more important we raise our kids from the inside out," says educational psychologist and author of the new book, UnSelfie, Dr. Michele Borba.

Teaching your children to respect themselves should be a priority. No one should have to choose between being a slut or a prude. You must help your child build their self-esteem, see above the labels, and look through the lens of love and self-respect.

Dr. Borba revealed in her new book, UnSelfie: Why Empathic Kids Succeed in Our All-About-Me World, that narcissism is up 58 percent and 40 percent of teens are less empathic than those thirty years ago! Yes, going back to Little House on the Prairie days.

Dr. Borba continues, "When children and teens realize, understand and respect their values, only then they can recognize and begin to value themselves and others -- will they begin to develop respectful relationships -- recognize their limits -- and know when to say no."

Now is the time to start raising our children to not only respect each other, but to respect themselves and their bodies -- both offline and online.

• Sex hasn't changed, the way we view it has and we must accept that.
• Don't be a parent in denial, if you don't talk about sex, Google will. Open your lines of communication early -- before they ask the search engines.
• Read these books together with your teens and tweens. Have open discussions with them. You will help them build healthier relationships.
• Today, it's the Sex and Tech Talk, they're interconnected and both are equally important. Have them frequently. 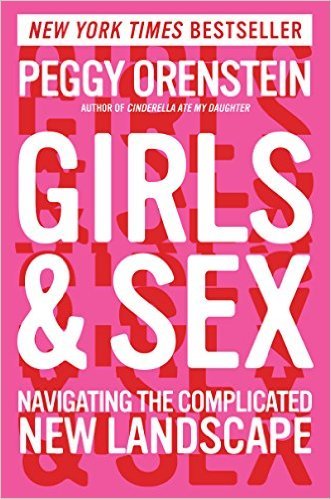 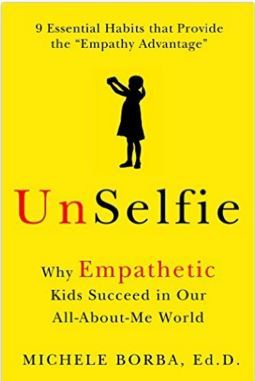 More:
online sexparenting teensParentsTeen Sexempathy
Newsletter Sign Up
Raise the kind of person you'd like to know
Subscribe to our parenting newsletter.
Successfully Subscribed!
Realness delivered to your inbox

Viral 'Fairytale' Skateboarder Is Growing Up And Medaling At The Olympics