Americans are known for our ambition. While the past few decades have worn down our lead, the United States remains a bellwether of industry, innovation and thought leadership. But one thing we're not doing by the dawn's early light? Getting it on. At least not as freely, safely and enjoyably as other parts of the world.

It's difficult to distill America's sexphobia into a few list-friendly factors. Rather, a puritanical seed planted around the 1700s, nourished by national identity, has grown into a sinister vine tightly wound around many of our public institutions. While antiquated laws about women and sex are lampooned for comedy and shows like "Masters Of Sex" and "Girls" are all over premium cable, the stigma around sex and sexuality persists where it hurts the most: in the classroom, doctor's office, at political conventions and sometimes, in the voting booth.

Of course it's not all bad in the great U.S. of A (after all, we have HBO), but it's painfully clear that we're a very long way from American sexceptionalism. Here are 8 things we still get very wrong when it comes to sex: 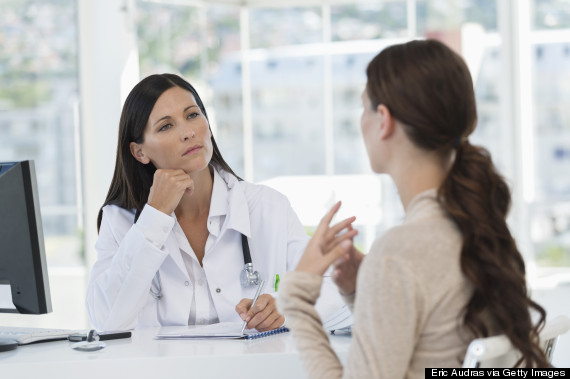 When sexual health is hidden from (if not disparaged in) public discourse, patients can be reluctant to discuss issues with health care providers -- especially in a fragmented, expensive medical landscape. According to the World Health Organization, "The purposes of sexual health care should be the enhancement of life and personal relationships, and not merely counselling and care related to procreation or sexually transmitted infections." In a nation that only recently mandated coverage of STD screenings (only some) and birth control (again, only some), it's pretty ambitious to think that the U.S. would "enhance" a part of life it prefers to hide from view.

What's more, the United States has some of the lowest integration of sexual and reproductive health services and primary health care in the world. We also -- not so coincidentally -- have the highest rate of STDs in the industrialized world.

While primary and sexual health care integration suffers in many Westernized nations, Europe's commitment to comprehensive sexual education may fill in some of the gaps doctors leaves behind. America guarantees neither sexual health consultation, nor all-inclusive sex ed. On that note...

2. We have sub-par sexual education. 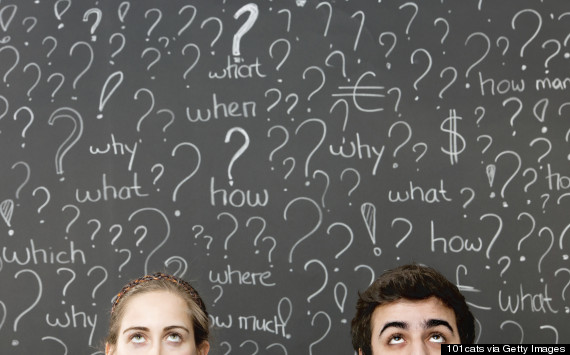 Since the 1940s, an overwhelming majority of Americans have had sex before marriage. Still, many remain convinced that the best way to discourage pre-marital sex is abstinence-only sex education.

Evidence shows students who receive abstinence-only education are no less likely to have sex than those who receive comprehensive sex ed. (Mississippi has the highest teen pregnancy rate in the country and over half its school districts prohibit discussion of contraception in sex ed.) And a terrifying 80 percent of federally funded abstinence-only programs misrepresent information about contraception and abortion. For example, one California school district told students that STDs could be prevented by "plenty of rest."

Refusing to get real with kids about sex has consequences: Teens who exclusively receive abstinence-only education are 50 percent more likely to experience pregnancy, according to the Journal of Adolescent Health. And countries that have embraced the need to actually educate their youth population about sex fare much better. The United States' teen pregnancy rate is three times that of France, which hands out condoms to eighth and ninth graders.

3. We spend a whole lot of money pushing the idea that being "good" depends on abstaining from sex before marriage.

Abstinence-only education programs are built upon the idea that that sex can (and should) be delayed until marriage. But for most of us, that's not how things work out. According to the Guttmacher institute, 95 percent of Americans are sexually active before they get married. And this isn't a recent development: Nine out of 10 Americans born in the 1940s said they had sex before marriage.

Plus, it's pretty darn expensive to continue telling unmarried people not to bone: Congress has spent over $1.5 billion on abstinence-until-marriage programs in the past 25 years.

4. Certain vocal, powerful groups insist that it's between one woman and one man. 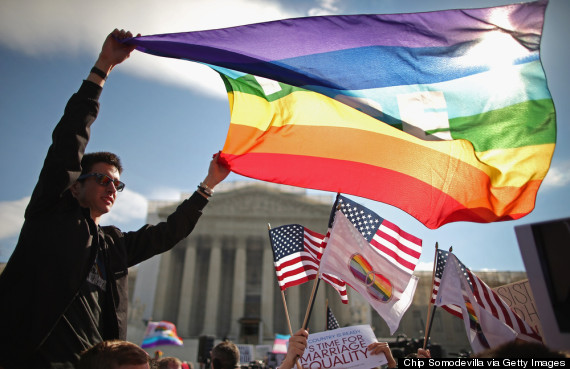 While 53 percent of Americans support same-sex marriage, partisan gridlock and distinctly American legislative hurdles have prevented a federal law affirming that support. Prohibiting marriage between same-sex couples implicitly stigmatizes their relationships, and while the needle is definitely moving in the right direction, many Americans still can't quite wrap their heads around the idea of two women or two men sleeping together. An alarming statistic shows that while 70 percent of millennial-aged voters support marriage equality, only 56 percent are comfortable with the idea of gay sex.

This stigmatization also creates barriers for LGBTQ individuals seeking sexual health care. While historical risk factors for men having sex with men are well-documented, information about STD risk for women having sex with women is elusive. A rare case of woman-to-woman HIV transmission should remind us that where sexual health services and education are offered, practitioners should be educated and sensitive to the needs of all LGBTQ patients. 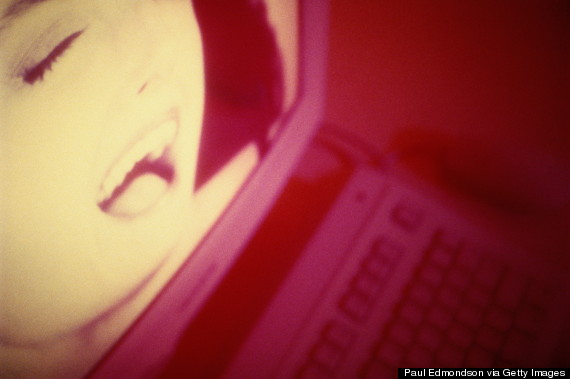 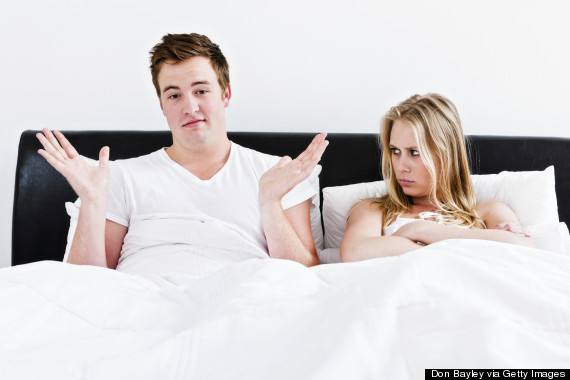 Only 48 percent of Americans report feeling sexually satisfied, according to a Durex survey. That's compared to 64 percent of Italians and a whopping 90 percent of lovers in Spain. Spanish men were also rated the best lovers in an international survey. American men didn't make the top 10, but were the fifth worst.

7. We pretend it doesn't exist. 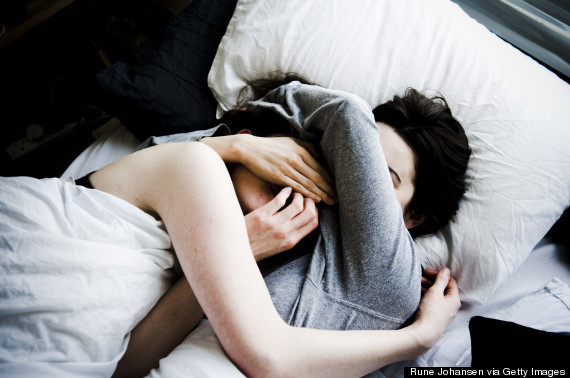 A common theme in America's mishandling of sex is the element of shame associated with it. When the reality that people have sex (and would prefer it to be good) is ignored in the classroom and doctor's office, its true nature -- the good, the bad and the ugly -- is obscured.

Certainly, children should not be exposed to sexually explicit material, and it is perfectly reasonable for industries -- and to a lesser extent, the government -- to help parents minimize this exposure. And any individual is free to believe what he or she wants about sex, morality and the relationship between the two. But problems arise when we censor sexuality to the point that we teach our children to be ashamed of said sexuality.

Whereas the United States issues R-ratings to most movies with sexual content, countries like France and Germany weigh violence more heavily than sex when deciding how age-appropriate a film is. To be sure, we agree with the 86 percent of Americans who believe sexual violence warrants an R-rating. However, that 73 percent of Americans believe male and female nudity should be reserved for viewers over 17, but are less offended by hard drug use (69 percent thought this earned an R-rating) and racially offensive language (57 percent) seems out of sync with what's truly worth hiding.

8. We hate it.
In a country where "sex" so often precedes "scandal," the degree of negative sexual discourse in America seems to imply a complete aversion to it. We fell politicians for sexual indiscretions and the idea of an empowered, academically gifted adult entertainer sparked a national conversation. At the movie theater, a bare nipple offends more than a gun.

The HPV vaccine, already vastly underutilized, is anecdotally discouraged for its false potential to inspire "promiscuity" among teenagers. We require scientific proof that free birth control does not increase "risky sexual behavior." And exposure to abstinence-only education does little to inspire healthy relationships with sexuality.

Sadly, when it comes to sexual health and education, our motto seems to be "the less sex the better."

For more, check out a discussion of this article on HuffPost Live: