Archer Magazine is the world's most inclusive publication about sexuality, gender and diversity. It launched in Australia in 2013 and has just hit the USA. This week, I interviewed founding editor -- Amy Middleton, who is currently in the states to launch the mag. 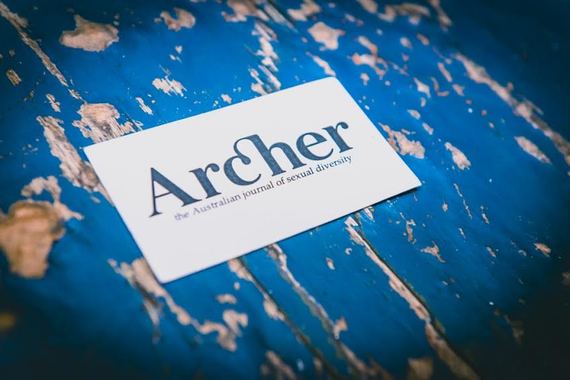 Amy Middleton is a Melbourne-based journalist and founding editor of Archer Magazine. Amy has written and edited for Australian Geographic, Rolling Stone, The Big Issue, The Bulletin, Junkee, Meanjin, The Lifted Brow and more. In her spare time, she plays Australian Rules Football and collects interesting editions of Alice in Wonderland.

Vanessa de Largie:
Amy, congratulations on all the success you've had with Archer Mag. Are you able to tell us how Archer Magazine came to be?

Amy Middleton:
Thanks Vanessa! Sure thing. I'd been a journalist for almost a decade when I had the idea for Archer Magazine. I was working at a caravan magazine in Melbourne at the time. Writing about RVs gave me plenty of time to think about what I'd rather be writing about, and that was sexuality and gender. I decided I wanted to work for a publication that discussed sex and sexuality from an inclusive perspective, but everything I found was exclusively gay or exclusively straight.

I realised there was a gap for a sex-positive, politically-sound publication about sex and identity, that was relevant for everyone. I was a cocky young journo, so I started it myself.

Vanessa de Largie:
What's the most rewarding part of being involved in a publication like this? And what is it that you hope to achieve?

Amy Middleton:
The main goal of Archer is to shine a light on lesser-heard voices on sexuality and identity. Everyone has an interesting take on sex, and for most of us, it's a complex and nuanced experience. To put it simply, and in a t-shirt-worthy slogan, sex is weird for everyone, so let's talk about it together.

The most rewarding thing about the Archer team, and perhaps the most unique, is that we take time to nurture first-time writers, because we want people to write their own stories. We run every edit past the writer before a piece is published. This is a time-consuming process, but we want to set an example for the media by being sensitive to the way people want to be represented. This is something the media, in Australia at least, really needs to learn.

Vanessa de Largie:
You are currently in the states to launch and promote the mag. Can you tell us more about the upcoming events in New York and San Francisco?

Amy Middleton:
It's so exciting to be here. Our New York event is a conversation about sexuality and the media, featuring myself and Kristin Russo from everyoneisgay.com. I love hearing about how other publishers approach writing about sex and queerness, and I love a good conversation. This chat is at Bluestockings Bookstore on Aug 13, and it's a free event.

Our San Fran conversation is part of Folsom St Festival, and will feature myself and Janet Hardy, co-author of The Ethical Slut. The conversation will be hosted by Carol Queen from the Centre for Sex and Culture.

Vanessa de Largie:
What's next for you and Archer? What have you got coming up for the remainder of 2015? Will Archer eventually launch in Europe too?

Amy Middleton:
For the last two weeks I've been in London and Berlin setting up networks for Archer Magazine -- we are stocked in the UK, too, and we want to hold a series of launch events over that way in 2016.

We also launch our fifth issue in November this year, which includes a series of articles on sex and identity in different cultural contexts. Five is a big number -- we feel pretty gratified by that milestone.

Among all this touring, my girlfriend and I are having two weddings. We had a ceremony in Australia in March, but same-sex marriage is still illegal in our country, so we'll sign papers in Vegas in September. Our Vegas wedding is the only upside to our country's shockingly conservative marriage legislation.

I'm excited to show Archer to the rest of the world. The response from the LGBTI and sex-positive communities, as well as the publishing industry in Australia, has been overwhelmingly positive. I think as a society, we're all ready to give the media a bit of a shake-up, particularly around sexuality and identity -- two issues that are very close to a lot of people. Our challenge as a publication is to be as inclusive, diverse, sensitive and of course interesting, as possible, in the hopes the rest of the world will follow suit. 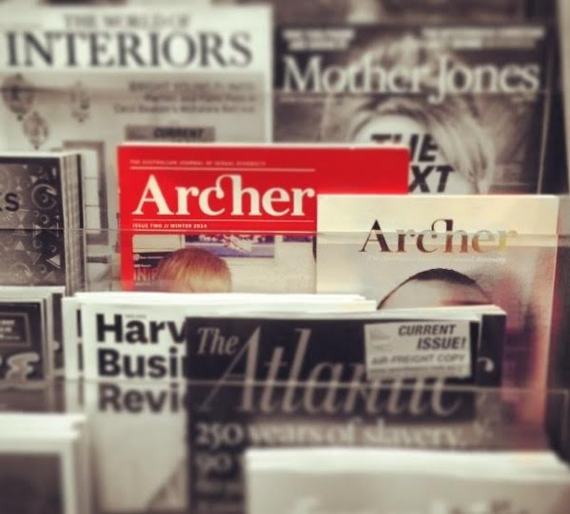 Vanessa de Largie is a multi-award-winning actress and author based in Australia. Vanessa has a keen interest in women's issues and her art reflects that. Check out her links below.
LIKE Vanessa's Facebook Fan Page by clicking here
Check out Vanessa's website
Follow Vanessa on Twitter
Check Out Vanessa's Blog