The key to curing migraine pain might be just an orgasm away. According to a new study, sexual activity may relieve severe headaches for some migraine sufferers. Well, that sounds like a fun alternative to Excedrin.

There has long been anecdotal evidence that sex can help headaches, but researchers from the University of Munster in Germany wanted to test the hypothesis on a larger scale. They mailed surveys to 800 people who suffer from migraines and 200 who experience cluster headaches, reported LiveScience. About 40 percent of those people mailed the completed questionnaires back. Participants answered questions about whether or not they engaged in sexual activity while they had headaches and how sex impacted the headache pain they experienced.

About one-third of the people surveyed reported that they had some sort of sexual experience during a migraine or cluster headache. (Two-thirds of respondents said that they didn't have sex at all during their headaches. When your head is throbbing and you feel nauseous, are you really all that likely to be in the mood for sex?) Of the migraine sufferers who engaged in sexual activity during their migraines, 60 percent said that their pain was relieved afterward and one-third said that their pain worsened, reported LiveScience. Those suffering from cluster headaches were less likely to report that sex helped relieve their headaches. Only one-third said that sexual activity lessened their pain, while 50 percent reported that it made things worse.

So while sexual activity definitely isn't a cure-all for migraines, for some migraine sufferers, an orgasm might do the trick. Neurologist Stefan Evers, the headache specialist who led the study, said he believes that the reason behind this pain relief might be the release of endorphins that occurs during sex, reported Discovery News. Endorphins are essentially the body's personal stash of opiates and they have the ability to block pain. "The same people who release endorphins from extreme sports activity, so a triathlon or marathon, it might be that these are the patients who release endorphins during sexual activity," Evers told LiveScience.

Women are three times as likely to suffer from migraines than men, and 17 percent of women have them.

ABC News reported that triptans, the most common prescription drugs for migraines, only relieve 60 to 80 percent of migraines. If sexual activity has the ability to help up to 60 percent of migraine sufferers, as this recent study indicates, that means that it's nearly as effective as medication. And Alexander Mauskop, the director of the New York Headache Center, told LiveScience that a self-administered orgasm would likely produce the same effect as having sex with a partner.

So next time you feel a migraine coming on, you might want to try and get yourself "in the mood." And perhaps be grateful that you're not one of those poor souls who gets headaches from sexual activity. That just sounds cruel. 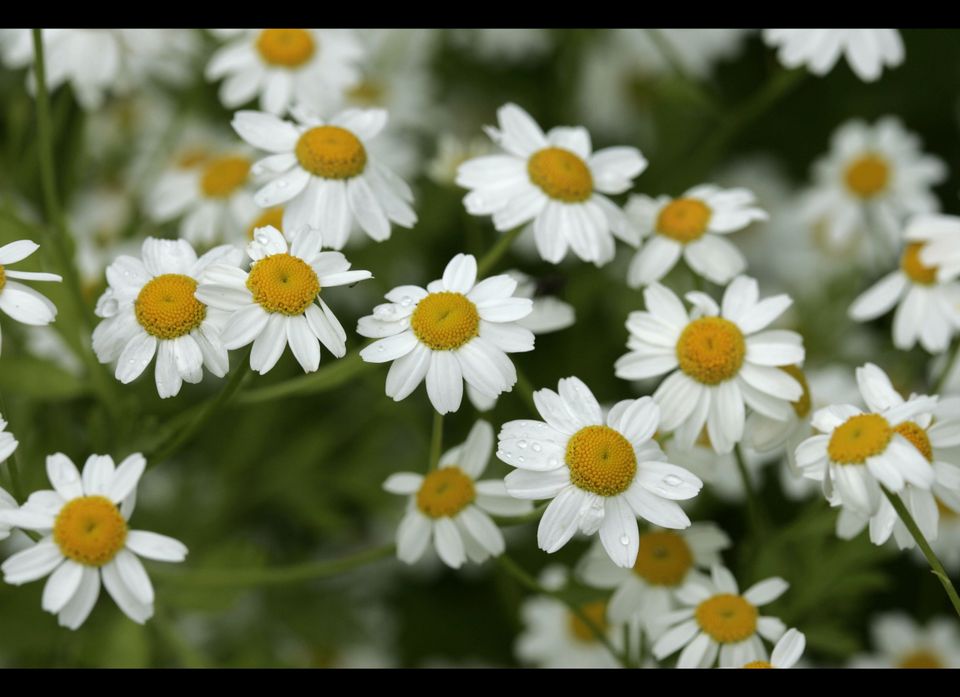 1 / 15
Feverfew
One of the oldest herbal remedies for migraines, this plant can be used in many forms, included steeped in tea or even eaten raw, according to Alexander Mauskop, M.D., a board-certified neurologist focused on headaches and the director and founder of the <a href="http://www.nyheadache.com/" target="_hplink">New York Headache Center</a>. That's because it contains a powerful chemical called <a href="http://www.webmd.com/vitamins-supplements/ingredientmono-933-FEVERFEW.aspx?activeIngredientId=933&activeIngredientName=FEVERFEW" target="_hplink">parthenolide</a>, which has been linked to warding off migraines, although Mauskop says science hasn't really offered an answer yet as to how or why, One of the first studies of the herb came out of Great Britain in the 1980s, and found that 70 percent of people who chewed a couple of feverfew leaves each day saw <a href="http://www.umm.edu/altmed/articles/feverfew-000243.htm#ixzz20Lk71tCK" target="_hplink">their symptoms improve and experienced fewer migraines</a>, according to the University of Maryland Medical Center. In supplement form -- as long as it contains at least 0.2 percent parthenolides -- 100 to 150 milligrams a day may do the trick, according to a HuffPost blog by Dr. Andrew Weil, because it can help "<a href="https://www.huffpost.com/entry/a-better-route-to-migrain_b_526945" target="_hplink">prevent the release of substances that dilate blood vessels in the head</a>."
Alamy