Sex certainly sells, but some sexual advertisements are more baffling than enticing.

This week, Spirit Airlines employed all sorts of vagina jokes in an email alert about discount fares: 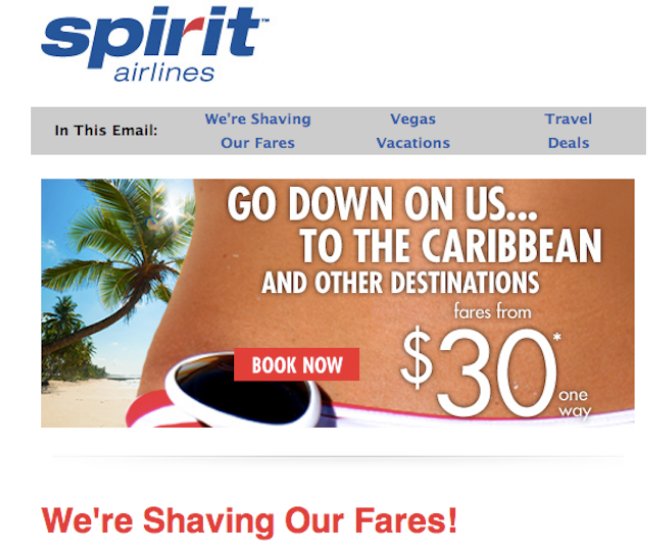 "Go down" on them because they're "shaving" their fares -- hilarious joke, right? Because there's apparently nothing sexier than comparing a cheap flight to a woman's shaved labia.

Spirit Airlines is far from the only company that objectifies women in their ads, employs sexual innuendo or uses disembodied female body parts in their marketing. However, this ad shows how jarring it can be when sexy, sexist advertising is paired with a completely unsexy product.

Here are seven other brands whose "sexy" ads are really more desperate than effective:

The 2012 "Follow Your Passion" TV commercial is oddly sexual, considering that the product on sale is cat kibble. We're hoping not everyone strips for their pets at night.

This April 2013 commercial features "Blurred Lines" and a whole lotta phallic imagery. Because comparing your iPod speakers to a penis is really sexy. Lest we forget, RadioShack is the go-to destination for phallus-shaped devices. 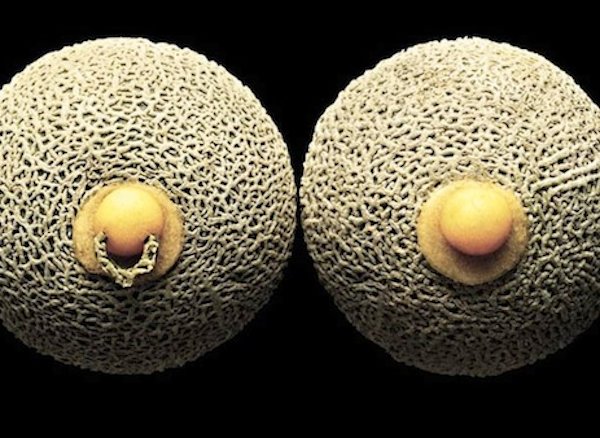 Before "the Zagat of eastern Canada" released this poster series, we never knew that food could look so x-rated.

Yes, sparkling water is indeed sexy when poured over the heaving bosom of Dita von Teese. That's probably the only time, though.

Any excuse to have a model dancing in her underwear, right? They were just one "X" away from pornographic anyway. Bonus points for fancy pyrotechnics. No word on what the drink actually does, though.

This 2012 ad for Skechers Shape-Ups focuses a whole lot on Kim Kardashian's above-the-ankle assets and suggestive interactions with her personal trainer. There's very little on how the shoes actually work (spoiler alert: they don't) or why women should buy them (spoiler alert: they shouldn't).

Sadly, the drain cleaner company's Feb. 2012 "Double Impact" ad was not a one-off. (Remember: "I'm here to flush your pipes?"). The July 2013 "Quickie" spot focuses on the same tropes -- the sexual fantasies of bored housewives. There's nothing subtle about these "I heard you need it now" ads.

These marketing campaigns are just the tip of the iceberg when it comes to sexualized advertising -- it really is everywhere. But hopefully identifying advertisers' insensitivity to subtle, if not blatant sexism, we can start discouraging the stale tactic of "sex sells."

11 Quotes From Sheryl Sandberg's "Lean In"